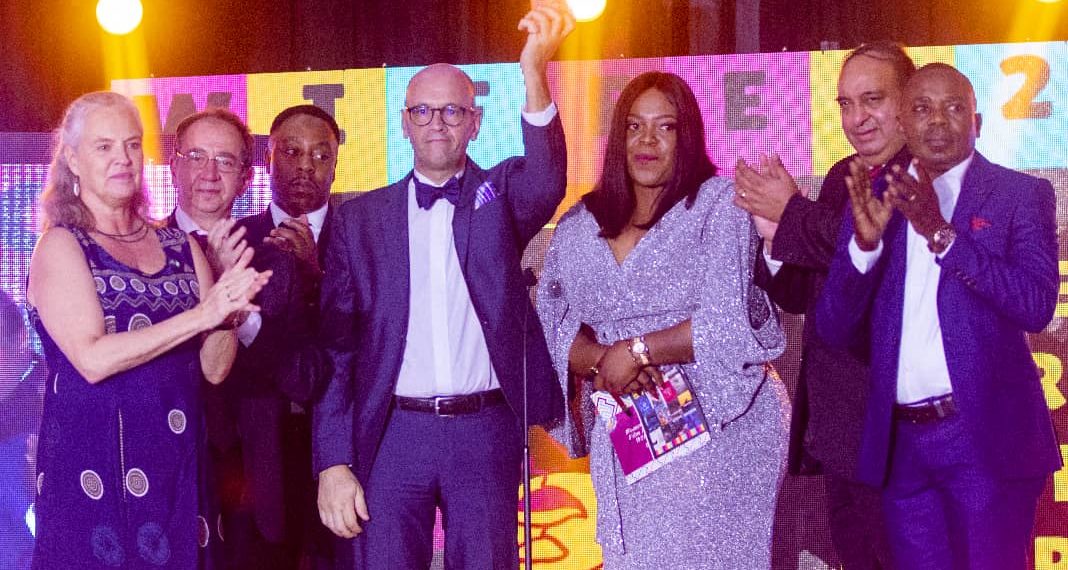 Nigerian female filmmaker: Guests at the award ceremony held in Abuja on Saturday

The programme is meant to facilitate women's development and growth in the entertainment sector."

The French Embassy PISCCA Programme in Nigeria, in partnership with Girls Voices Initiative’s Girl Nation Academy, has recognised no fewer than 18 women in the film industry worldwide.

The award festival tagged Women’s International Film Festival Nigeria (WIFFEN) was a bid to recognise women in the film industry and part of activities to mark International Women’s Day (IWD) in Nigeria.

A Nigerian filmmaker, Maggie Osuome, is one of the 18 awardees.

Ms Osuome’s short film, FREEDOM COME, a short film (project) she worked on while at the Ebonylife Creative Academy, earned her the award.

The short film tells the story of 23-year-old Abena who is determined to reunite with her brother after he is forcefully enlisted in the army during war.

Speaking at the event held on Saturday, the Head of Cooperation and Cultural Affairs of the French Embassy, Rafael Pont, said the film festival promotes women’s rights.

Mr Pont said the programme is meant to facilitate women’s development and growth in the entertainment sector.

“The programme has brought out many talents, and we hope to do more in the future. We are involved in promoting women’s rights, and we would like to congratulate all women,” he said.

He noted that the French embassy is looking forward to more collaborations that enhance and promote women, especially in arts and entertainment.

The 18 filmmakers, whose movies stood out among over 3,000 entries across 130 countries worldwide, received awards in various categories.

Other awardees are Margaux Fazio from Switzerland, for Best Short film, Olesya Morgunets-Isaenko from Ukraine, for best Picture, Zanah Thirus from the USA for best documentary feature, Itxaso Diaz from Spain, for the best student film, Shafigheh Asani from Iran, for the best animated short film, and others.

Speaking at the event, the festival director, Carolyn Seaman, said the film festival’s goal is to celebrate and encourage female filmmakers across the country.

Ms Seaman said the group received over 3,000 film submissions from over 130 countries worldwide.

“For us, this is a journey that started since 2019 with the French Embassy in Nigeria as we have been training young talent and female filmmakers.”

She explained that the programme was organised to create a better platform for women and appreciate the great work in the film industry.

“Women are usually not seen in leadership positions. We are here to bridge the gap and give more opportunities to women all over the world,” she said.

In his remarks, Veteran Actor Tony Goodman urges women in the film industry to have high moral values.

Mr Goodman said it is essential for ladies coming into the film industry to be thoroughly disciplined and know the nitty-gritty of the profession.

“I get excited each time I get on set, and I see ladies behind the camera. It means that a woman can think beyond just having children at home, in the other room, and in the kitchen.

“We have vibrant young ladies several CEOs in this nation, and they didn’t get there by a mere wish. They worked their way to the top,” he said.