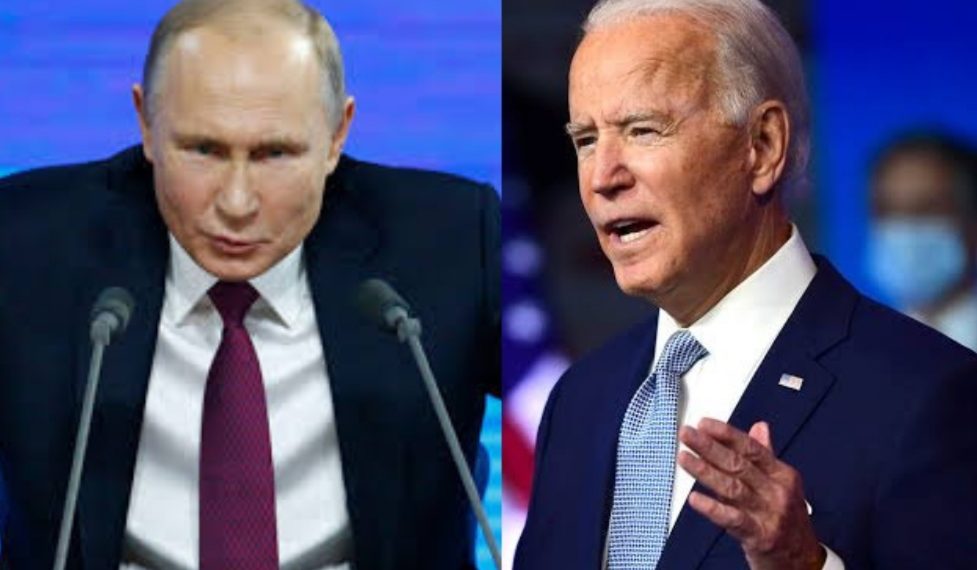 The U.S. said the move is aimed to pressure Russian President Vladimir Putin to end the war in Ukraine.

The United States is banning all imports of oil and gas from Russia, U.S. President Joe Biden announced Tuesday.

Mr Biden said the move is targeting “the main artery of Russia’s economy” and aims to pressure Russian President Vladimir Putin to end the war in Ukraine.

“We’re banning all imports of Russian oil and gas and energy. That means Russian oil will no longer be acceptable at U.S. ports and the American people will deal another powerful blow to Putin’s war machine,” he said.

“We made this decision in close consultation with our Allies and our partners around the world, particularly in Europe, because a united response to Putin’s aggression has been my overriding focus, to keep all NATO and all of the EU and our allies totally united,” Mr Biden added.

The American president said although they are taking this step to inflict further pain on Mr Putin, “there will be costs as well here in the United States.”

Ukrainian President Volodymyr Zelenskyy thanked Mr Biden for “striking in the heart of Putin’s war machine” by imposing the ban. “Encourage other countries and leaders to follow,” Mr Zelenskyy tweeted on Tuesday.

According to Al Jazeera, the U.S. is not highly dependent on Russia for its energy supplies, importing an average of 209,000 barrels per day of crude oil in 2021 – or 3 per cent of the country’s total crude imports, according to the American Fuel and Petrochemical Manufacturers (AFPM) trade association.

But Europe has a larger dependence on Russian energy supplies, with about 35 per cent of natural gas in the European Union coming from Russia.

In his speech, Mr Biden acknowledged that, saying the U.S. understands that many of its European allies “may not be in a position” to impose a similar ban. “The United States produces far more oil domestically than all the European countries combined,”

“We can take this step when others cannot, but we’re working closely with Europe and our partners to develop a long-term strategy to reduce their dependence on Russian energy, as well,” the U.S. president said.

For two weeks, Russia’s war on Ukraine has been met with outrage from the international community, with the EU, UK, and U.S., among others, imposing a range of economic sanctions on Moscow.

Hundreds have been killed in Ukraine since Russia launched its war on February 24, according to United Nations figures, with the real toll, feared to be significantly higher.

On Wednesday, Russia announced a humanitarian ceasefire in Ukraine to allow the evacuation of civilians from five cities.

Ukrainian officials say civilians are being evacuated from the besieged areas of Irpin, near the capital, Kyiv, and northeastern Sumy.