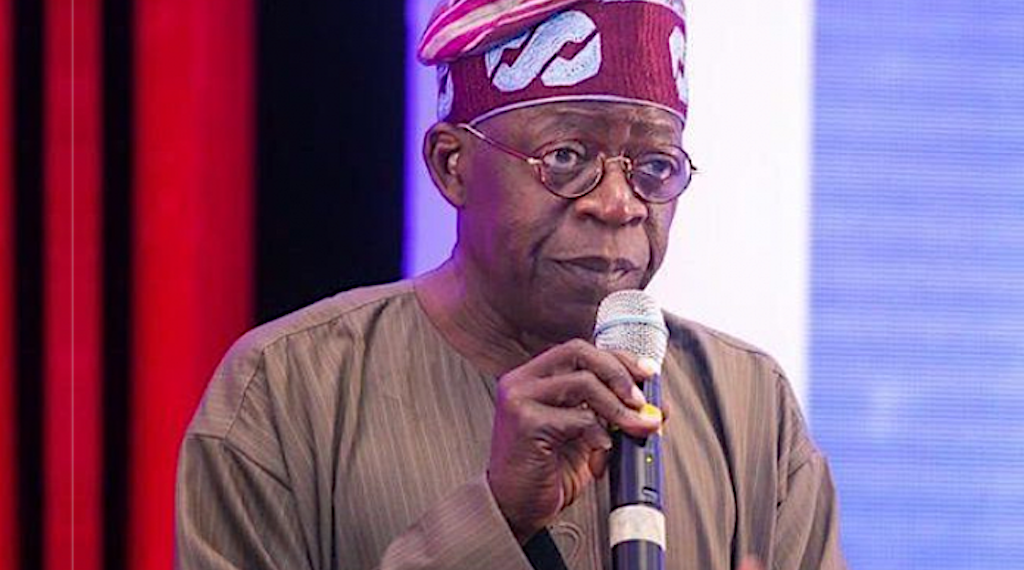 "He has given himself to the good people of Lagos, and now he wants to replicate his progressive ideas at the national level."

Governor Babajide Sanwo-Olu of Lagos on Friday rallied support for the presidential aspiration of his predecessor and benefactor, Bola Tinubu.

The governor spoke at the opening session of the 17th Executive and Legislative Parley organised for all elected public office holders in Lagos State.

He said Mr Tinubu possesses the competency and magic wand to turn around the nation’s fortunes for general good.

“Let me stress the importance of working together as one family, especially as we approach 2023, which is an all-important electioneering year.

“There is a whole lot we can achieve together as a united bloc. I enjoin all of us to come together and rally round our leader, Asiwaju Bola Ahmed Tinubu, as he gives the nation’s presidency a shot.

“He has given himself to the good people of Lagos, and now he wants to replicate his progressive ideas at the national level. It is time to pay him back with our unwavering support. He is, no doubt, the right and best man for the job. He knows the issues plaguing our nation like the back of his hands and he has the magic wand to fix it.”

The forum also offered Governor Sanwo-Olu an opportunity to share the strides recorded by his administration in the previous year and jointly review programmes in the pipelines with the delegates for more impactful results.

All members of the National Assembly from Lagos, State House of Assembly, the Executive Council, Governance Advisory Council (GAC) and members of the State’s All Progressives Congress (APC) executive are attending the three-day event holding at Marriott Hotels in Ikeja, with the theme: “Mobilizing Citizens as a Social Capital Towards 2023 General Elections”.

Mr Sanwo-Olu said the parley was organised with the ultimate goal of seeking inputs of critical public sector stakeholders and create strategic ways to implementing ideas that would alleviate the suffering of masses, while also improving life quality, as well as economic development.

The Governor said the executive arm, which he leads, had consistently thrown its doors open to diverse opinions and views, noting that the forum had become a part of the Government’s effort towards distributing development across all parts of the State.

“This administration, from the outset, did not delude itself into thinking it had the monopoly of knowledge with regards to finding the right solutions to the myriad challenges confronting the State.

“This explains why we have consistently thrown our doors open to diverse opinions and views from various sources, while also creating a forum to rub minds with all critical stakeholders with a view to achieving the Greater Lagos of our dream.

“The remarkable strides attained in the last two and a half years would have been impossible, but for the efforts of everyone gathered at this forum today.

“The past year was particularly remarkable for us in our aspiration to improve infrastructure across the State, many of which have been commissioned, thus giving Lagosians a new lease of life. As a forward-looking Government, we are more focused on the present and the future than the past, because, no matter the level of successes it had brought to us, the past is no longer as important as the present and the future.”

Despite the challenges faced by the State in the early months of the current administration, including the outbreak of Coronavirus (COVID-19) pandemic and the destruction orchestrated by the EndSARS protests, Mr Sanwo-Olu said his Government had raised its head high and had not let down the electorate. He said his administration had visible achievements with great impact to showcase as the first four-year tenure of his Government draws to the end.

Mr Sanwo-Olu said the current year and 2023 would be a harvest period for Lagos to reap more dividends of democracy, stressing that the State Government had fast-tracked the completion and delivery of key infrastructure, which includes Imota Rice Mill, 27-kilometre Blue Line and 32-kilometre Red Line rail projects.

The Speaker of the House of Representatives, Femi Gbajabiamila, said legislators, who are the closest to the people, must give in their best to ensure the executive succeeds.

Mr Gbajabiamila, represented by the Leader of Lagos Caucus in the Green Chamber, Dolapo Badru, described lawmakers as “party’s eyes at the grassroots”, as he urged them to partner with the executives in enhancing development and mobilising people for the party’s success.

The Speaker of the House of Assembly, Mudashiru Obasa, said the parley would help the participants to bond under a common vision and mission, as well as projecting beneficial political discussions.

Mr Obasa charged the executive and legislature to continue to work together for the progress and development of the State.

The Leader of GAC, Tajudeen Olusi, stressed the responsibilities imposed on political parties by the Constitution, advising all public officers under the APC to roll out their programmes in line with party manifesto.