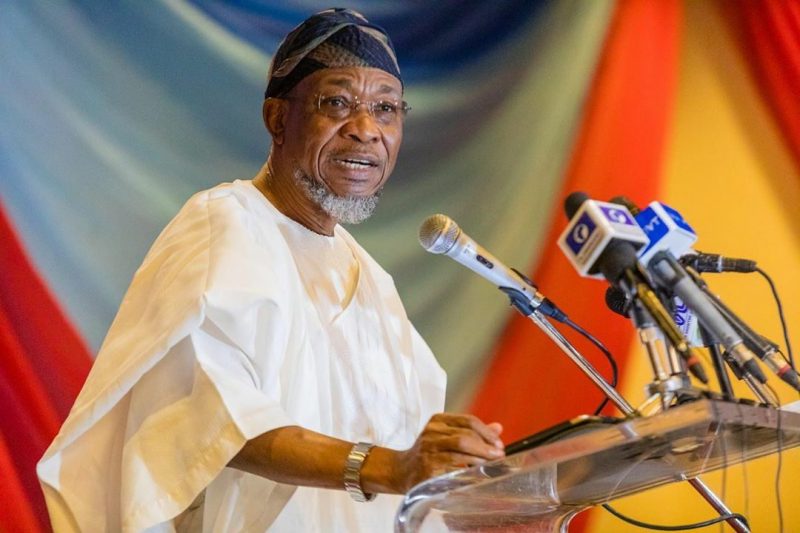 The Police in Osun have denied the report that the Minister of Interior, Rauf Aregbesola, was attacked and shot at by hoodlums in Osogbo.

The Police Public Relations Officer (PPRO), Yemisi Opalola, in a statement on Monday in Osogbo, said that it was some of the minister’s escorts that shot into the air without provocation, causing people to scramble for safety.

“Today, Monday, at about 5.40 p.m., the Minister of Interior, Mr Rauf Aregbesola was moving in a convoy of personnel of NSCDC, Correctional Service, Immigration, as well as some unidentified armed people, suspected to be political thugs along Orisumbare/MFS Road, Osogbo.

“Suddenly, some of the security escorts of the minister started shooting sporadically into the air without any provocation nor attack, thereby causing members of the public to scramble for their safety.

“Thirteen empty shells of G-3, assault and AK-37 rifle were recovered along the road after the minister’s departure.

“No casualty, however, was recorded,” the PPRO said.

She, however, said that the report of the incident was still sketchy, adding that a full report would be made available at the end of the investigation.

According to her, the situation is under close monitoring and normalcy has returned.

The Publicity Secretary of a faction of the All Progressives Congress (APC) in the state, Abiodun Agboola, had, in a statement, alleged that Mr Aregbesola’s convoy was attacked by some armed political thugs at Orisunmibare, Osogbo, while coming from Ilesa.

“Today’s attempt on the life of the minister is a confirmation that Osun is no longer a safe state.

“We can only pray that the Almighty would keep the good people of Osun and her well-wishers safe,” Mr Agboola said.