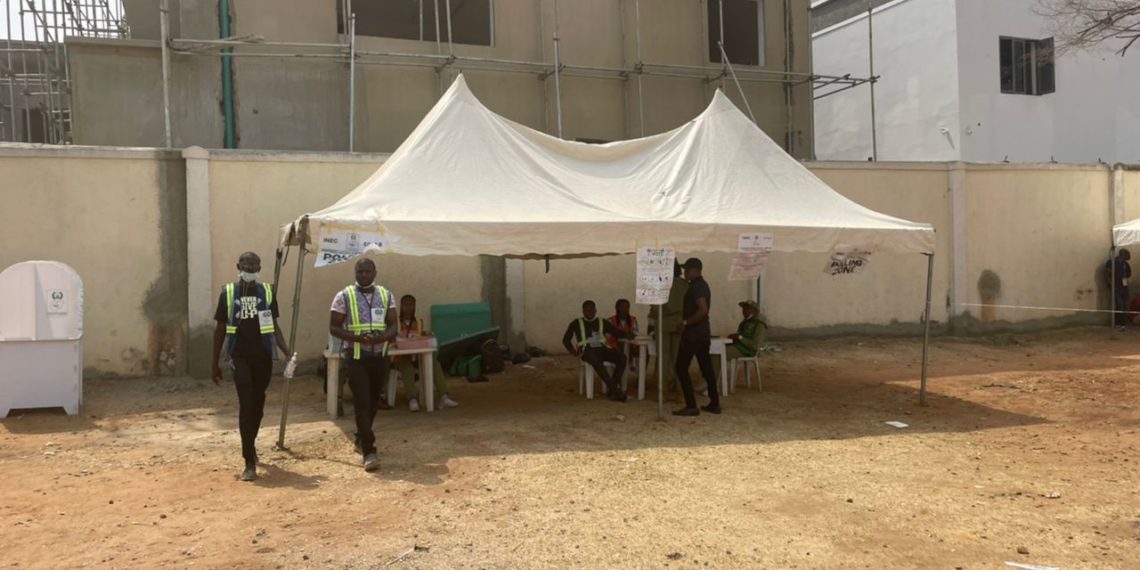 INEC says reports received from the field indicated that there have been no hitches.

The Independent National Electoral Commission (INEC) has given a pass mark on the conduct of Saturday’s Federal Capital Territory (FCT) Area Council election.

Yahaya Bello, the INEC FCT Resident Electoral Commissioner (REC), told the News Agency of Nigeria (NAN) in Abuja that the poll commenced early in most polling units in the territory.

“It is our collective gratitude to that Almighty God that after all this time that we have been preparing for the election, it has been successful. We started since March 31, 2021 when we gave notice of the election.

“Between then and now every other programme to do with this election has been completed.

“Today, we are at the polls, we want to assure people that by the grace of God this election will be fair, free, credible, acceptable and inclusive.

“The poll has opened, all over the FCT we have feedback that people have been casting their votes,” he said.

Mr Bello said reports received so far from the field have indicated that there have been no hitches.

He said the commission had stationed Registration Area Centre (RAC) technicians in locations to ensure rapid response in case of breakdown of the Bi-modal Voting Accreditation System (BVAS).

He said it took only two minutes to accredit voters with the BVAS adding that all the commission’s facilities were working perfectly.

He said all INEC’s facilities were being secured by security operatives so there was no need for fear and urged voters to come out and vote for candidates of their choice.

Mr Awuhe said the centre was one of the innovations introduced by the commission.

“Here what we do basically is that we track our compliance to the commission’s planned activities for election day commencing from the eve of the election up to coalition and declaration of results.

“We also track threats, we receive reports of threats in the field and we provide intervention mobilise response to those areas,” he said.

Mr Awuhe, however, said so far no negative report had been received.

Some voters expressed mixed feelings on the conduct of the election.

Danjuma Tanko, a voter at the Dankogi polling unit in Apo said that the BVAS has been slowing down the accreditation process.

Mr Tanko, who after several futile attests, called on INEC to be more proactive in electoral matters.

“The experience here was that there was a problem with the card reading, the voters are ever ready to vote, we have been here since 6.a.m.

“It is surprising that in spite of the assurance by INEC, that there won’t be any hitches, yet we are experiencing it,” he said.

Hassana Jonathan, said although she came as early as 6 a.m., she has not been able to vote because accreditation was slow at the beginning but it picked up later.