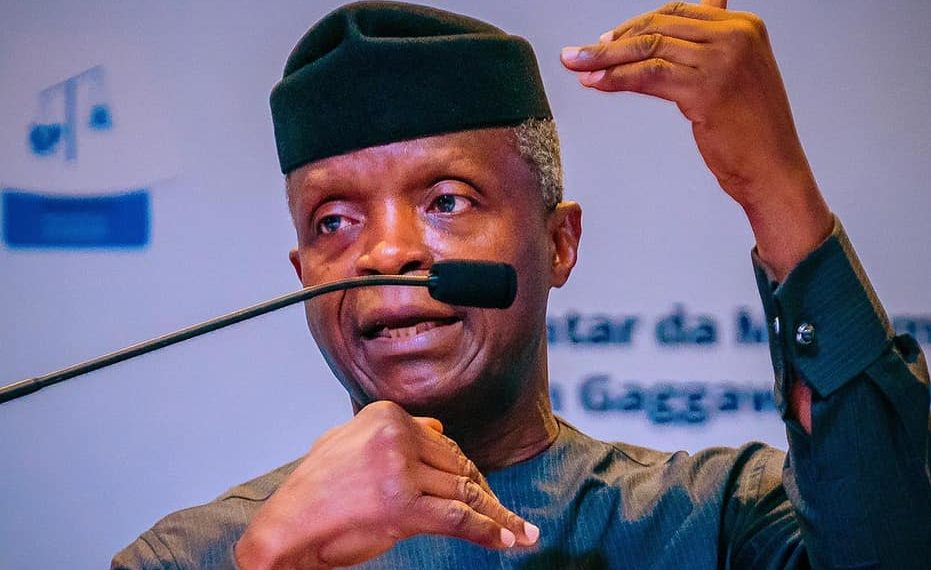 People cannot export as a result of too many regulations, Osinbajo said.

Nigeria’s Vice-President, Yemi Osinbajo, has called for a complete reorientation on the exercise of regulatory authority in the country because over-regulation is killing businesses.

According to him, for businesses and investors to thrive in the country, regulatory requirements need to be reduced and certification processes need to be faster.

According to a statement signed by Laolu Akande, Mr Osinbajo’s spokesperson, the VP said this on Tuesday, after receiving a report of an Ad-Hoc Committee of the Presidential Enabling Business Environment Council, PEBEC, on Agro-Export and the presentation of a National Action Plan 7.0 at the Presidential Villa.

He lamented that people who want to export cannot export as a result of too many regulatory requirements.

He said: “There are too many regulatory requirements. Too many regulations kill output. We have to take a second look at how we regulate. Over-regulation is killing businesses. It kills investments. An agric exporter can’t export perishable produce after months.”

The statement said the Vice President also lamented that there are also processes of product certifications that take so long on the regulatory queues in Nigeria, while businesses from outside the country with swift regulatory regimes will then bring the same products into the country to sell.

He argued that “because our certification processes are slow, others from outside nations (from neighboring countries based on an ECOWAS agreement) with faster processes can bring their products and sell here, while our own businesses are still on the queues of regulatory agencies.”

The PEBEC Secretariat had earlier presented a report of the Ad-Hoc Committee of the Presidential Enabling Business Environment Council on Agro-Export where it was revealed among others that the exportation flow as regards payment and verification is extremely cumbersome.

It was also revealed that exporters complained about the imposition of the NAFEX rate on export proceeds, which limits their access to foreign exchange and their inability to utilize their export proceeds. It was alleged, for instance, that dollars domiciled in exporters accounts cannot be utilized for freight payment for export.

Other complaints include multiple physical cargo examinations by Pre-shipment Inspection Agencies, as well as overlapping documentation requirements from government regulatory agencies, among others.

The statement said the council resolved to approve an Agro-Export Action Plan that will remedy the situation and also approved a 60-day National Action Plan 7.0 that continues the ease of doing business reforms of the Buhari administration.

The new Plan kicks off on February 7, the statement said.

Osun 2022: My victory cannot be stolen through the backdoor – Adeleke