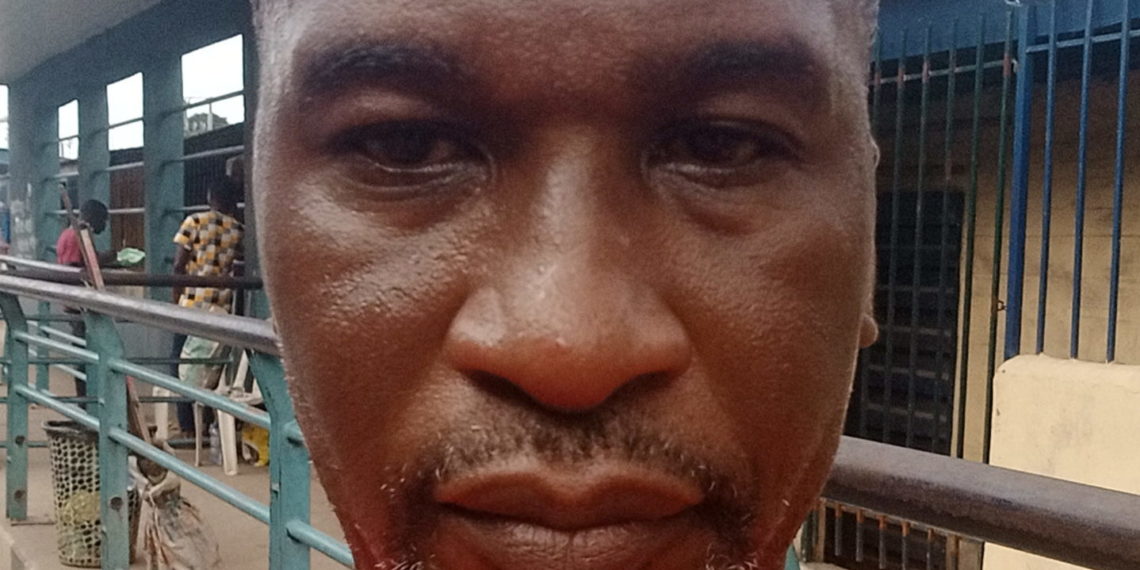 Pelu Awofeso, a journalist who was assaulted by the Lagos police task force

The journalist narrated his experience with the officials.

When journalistic instinct made Pelu Awofeso bring out his phone to film the harassment of a motorist by officials of a Lagos State task force, what he got himself was assault.

Mr Awofeso said the incident happened before the traffic light junction by Lagos State University Teaching Hospital (LASUTH) in Ikeja on Tuesday when he was headed to the library.

A winner of the CNN/Multichoice African Journalists Awards for tourism reporting, Mr Awofeso said he was making a transaction by a Point of Sale (POS) when the officials, including police officers, numbering about eight, got out from a ‘danfo’ bus and tried to forcefully remove the key from a private car.

The motorist resisted and their exchanges lasted for about 20 minutes. Happening around 11 a.m. when snarl-up had gained traction, the exchanges made it worse.

“I noticed another motorist pull up beside the driver in trouble with the police and he refused to proceed saying he wouldn’t until the innocent man was let go,” Mr Awofeso, also the author of Nine Degrees North, a book he published last year, recalled.

“Shortly Lagosians started to gather around the scene, wanting to know why the man was being forced to get down from his car and dispossessed of his keys.”

Jolted by the kerfuffle, the journalist brought out his phone to film. Before he could, the gun-toting officials whose name tags were concealed approached him, roughened him up, seized his phone and threatened to take him to custody, he said.

“I resisted as much as I could, with the public also supporting me. All the policemen carried guns. Curiously, I noticed that they all didn’t have name tags, or it was deliberately covered up,” Mr Awofeso told PREMIUM TIMES. 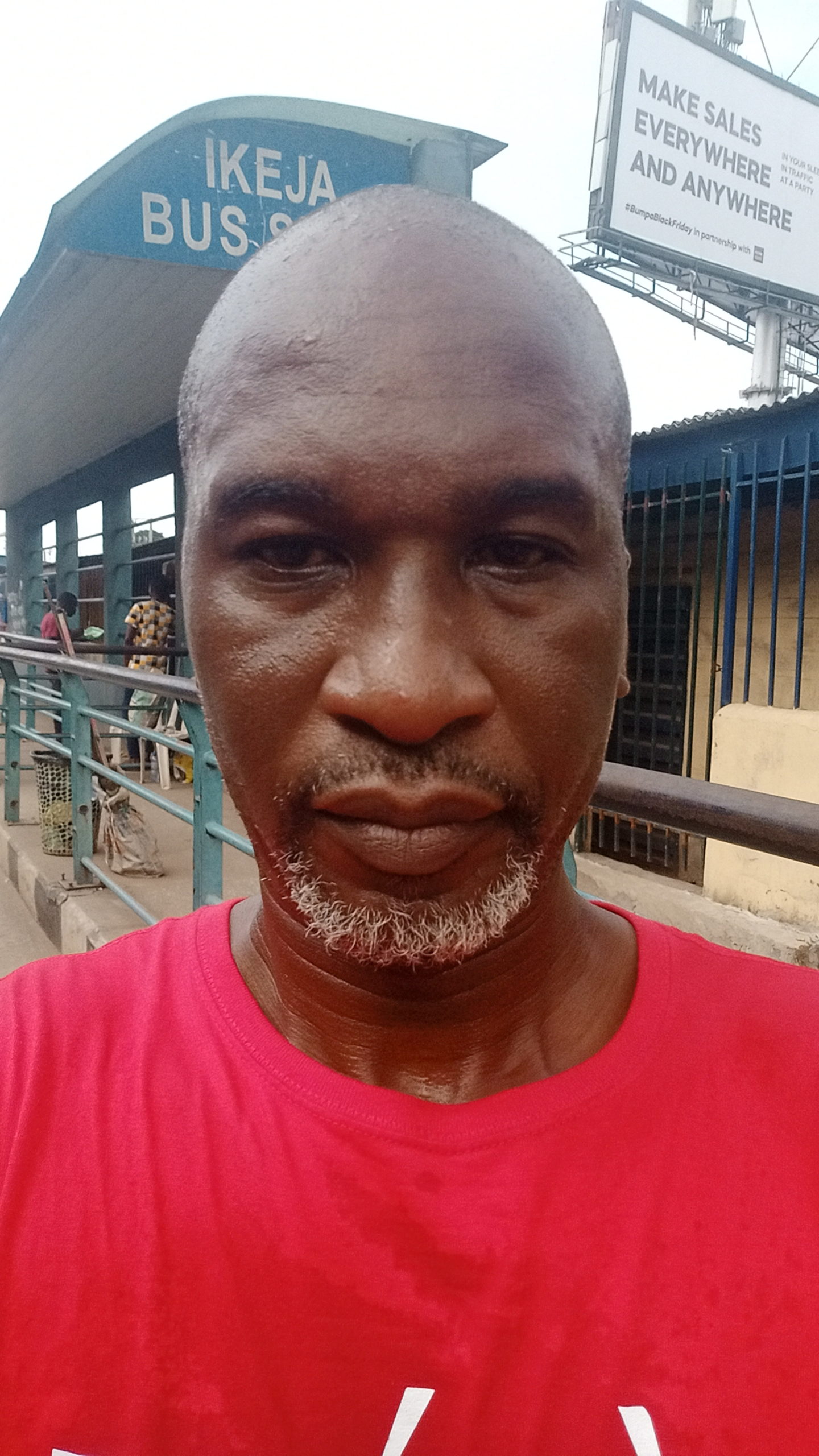 “When I made it clear that I was a journalist and had every right to do my job, one of the senior officers threatened to have his subordinates bundle me into the bus, take me to the station, detain me and nothing would happen,” he added.

“As all this was going on, there was a patient bleeding profusely in a vehicle, apparently headed to LASUTH just minutes down the road. His minders said he needed emergency medical attention. They were caught up in the unnecessary traffic caused by the unnecessary arrest by the task force.

“Thankfully, (there was) no damage to my phone. And no injuries on my person. They backed down on arresting the driver after much public outcry. 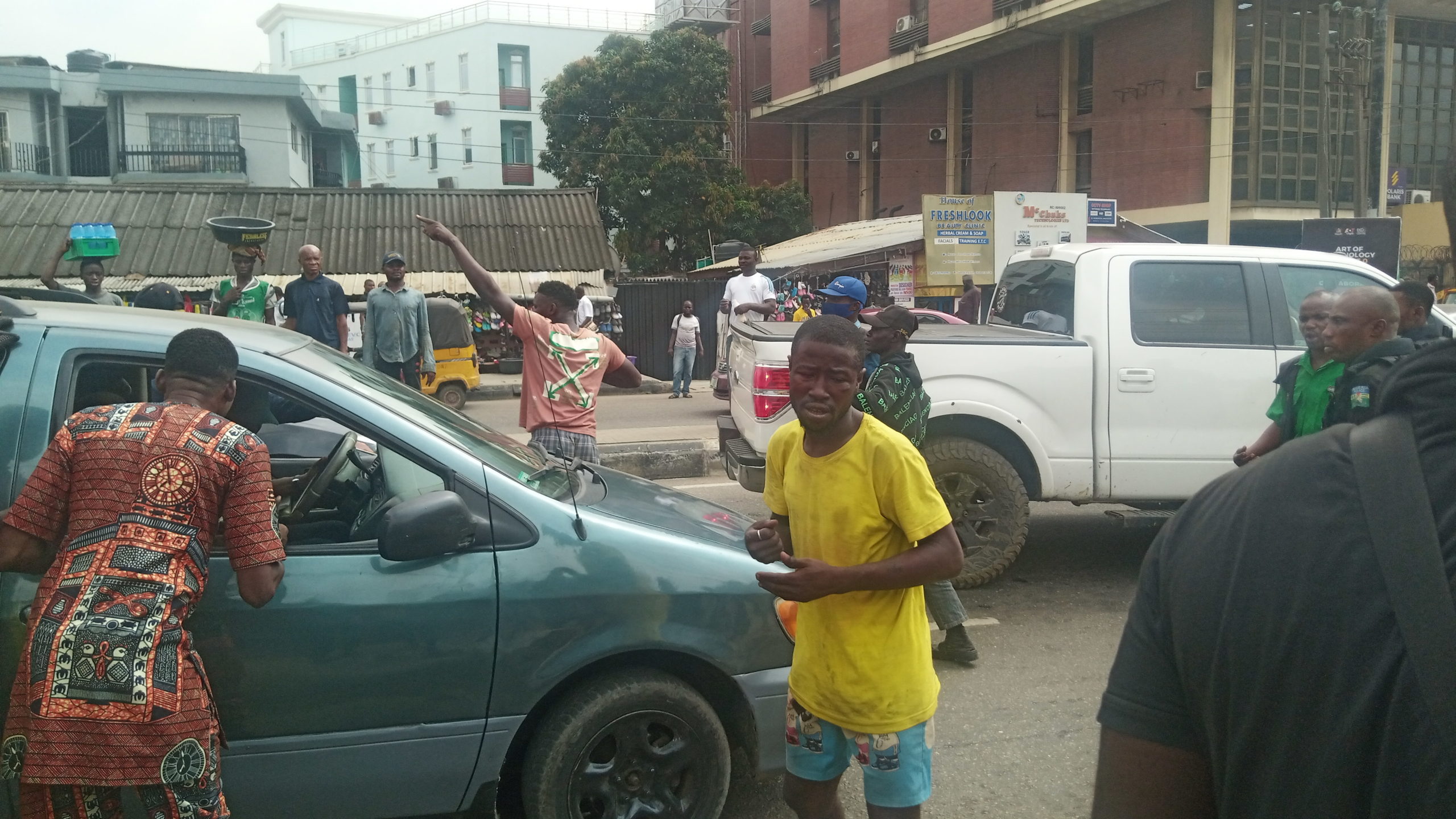 “To quote them: ‘Driver, oya you can go?’ Unfortunately, the driver couldn’t, because the key couldn’t fit into the ignition. It had been damaged. Onlookers helped him push the car off the driveway.”

Section 24 of the Nigerian constitution obligates citizens to assist law enforcement agencies in the performance of their duties.

Human rights activist Femi Falana had told Punch Newspaper that while on duty, public officials like policemen “have no right to privacy.. so you can be videoed or photographed if you are committing a crime.”

At least four other senior lawyers told the newspaper it was legal to film security operatives while on duty.

In reality, however, citizens who do this, including journalists, have been subject to assault and torture with some being shot or jailed without trial.

Shaken a bit after the police officers retreated, Mr Awofeso said he has soon waved the assault off, but his experience mirrors the fate many Nigerians face regularly.

The spokesperson of the Lagos task force, Gbadeyanka Raheem, said he was busy when he was reached for comments. Likewise, Lagos police spokesperson, Adekunle Ajisebutu, did not return calls made to his telephone.
The incessant assaults and extortion was part of the reasons young Nigerians hit the street last year October under the motif #EndSARS, a massive movement that demanded accountability from the police.

The highhandedness by police personnel has persisted nonetheless.