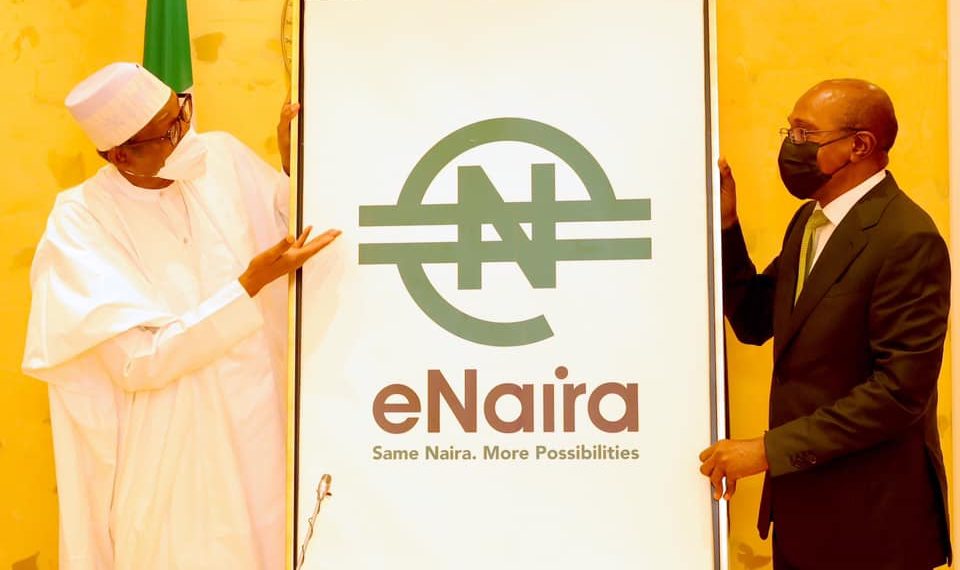 The IMF says the Central Bank of Nigeria should take steps to address possible risks with the digital currency.

The International Monetary Fund (IMF) has said that it would help Nigeria with technical assistance and policy advice in the management of its e-naira digital currency.

The IMF made this pledge in a note released by its African Department on Tuesday.

The Central Bank of Nigeria (CBN) officially launched the “eNaira”—a central bank digital currency (CBDC)—on October 25, 2021. It is the second CBDC fully open to the public after the Bahamas.

Other countries and regions, such as China and the Eastern Caribbean Currency Union, have been conducting CBDC pilots with a subset of their citizens.

The IMF noted that given the size and complexity of Nigeria’s economy, the launch is drawing substantial interest from the outside world—including from central banks.

The IMF said its Monetary and Capital Markets Department has been involved in the eNaira rollout process, including by providing reviews of the product design. The 2021 IMF Article IV mission emphasized the need for monitoring risks and macro-financial impacts associated with a central bank digital currency.

Like all digital currencies, the eNaira carries risks for monetary policy implementation, cyber security, operational resilience, and financial integrity and stability. The IMF said the eNaira wallets may be perceived, or even effectively function, as a deposit at the central bank, which may reduce demand for deposits in commercial banks.

Since it is tied to digital technology, the IMF argued that there is a need to manage cybersecurity and operational risks associated with the eNaira.

Financial integrity risks, such as those arising from the potential use of the eNaira for monetary laundering, are mitigated by using a tiered identity verification system and applying more stringent controls to relatively less verified users.

“The IMF is ready to collaborate with the authorities on data analysis, cross-country studies, sharing the eNaira experience with other countries, and discussing further evolution of the eNaira including its design, regulatory framework, and other aspects,” the organization said.