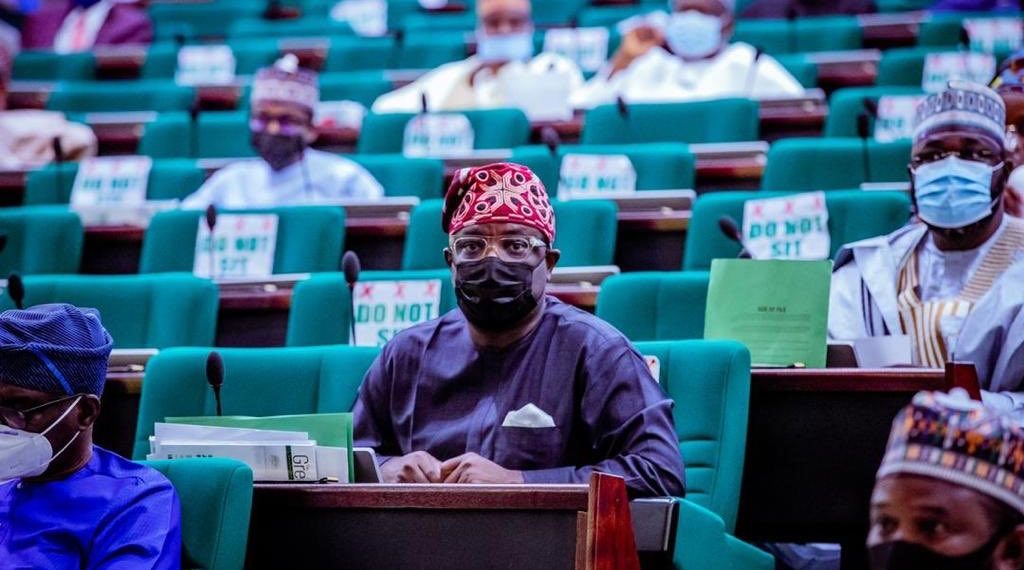 Electoral Act Amendment: Why we are opposed to governors’ position on primaries – Deputy House Leader

"It is not a tussle between lawmakers and governors. It is beyond that. What we have done is to look at the preponderance of opinions and what the people want."

As Nigerians await the transmission of a clean copy of the passed Electoral Act Amendment Bill to President Muhammadu Buhari for assent, members of the National Assembly have continued to defend the provision of direct primaries in the bill.

The Deputy Majority Leader of the House of Representatives, Peter Akpatason (APC, Edo), on Friday, said the governors are fighting to keep the existing consensus arrangement that, according to him, is not working.

Mr Akpatason stated this when he featured on “Politics Today,” a political programme on Channels Television.’

Both Chambers of the National Assembly had adopted the reports of the conference committee in the electoral bill on Tuesday approving the direct primaries.

Direct primary election is the mode of the election where registered members of a party vote for who they want to be the candidate of their party.

The indirect primary election, on the other hand, involves the use of a delegate system. It is the delegates who decide who will be the candidate of the party.

On Monday, the APC governors under the aegis of Progressives Governors’ Forum (PGF), opposed the clause on direct primaries in the bill.

The Chairman of the forum, Governor Abubakar Bagudu of Kebbi State, after the meeting of the governors, said the political parties should be allowed to decide on the mode of selection.

Speaker Femi Gbajabiamila of the House of Representatives on Friday reiterated his support for the direct primary election, saying it would help to include youth in the electoral process.

Mr Akpatason denied the allegation that the lawmakers included the direct primaries in the bill to spite the governors.

“It is not a tussle between lawmakers and governors. It is beyond that. What we have done is to look at the preponderance of opinions and what the people want.

“The governors talked about a couple of issues like logistics. The governors believe that consensus is no longer possible with direct primaries. They rather prefer consensus—and it is not working,” he said.

He noted that the disagreement on the issue within the ruling All Progressive Congress (APC) will not sway the president to withhold assent to the bill.

A former senator from Zamfara State, Kabir Marafa, who also appeared on the programme, commended the 9th Assembly for the bold step, noting that direct primaries will not work if issues like funding and who to conduct the primaries are not sorted out.

He said as long as governors are allowed to fund the primaries and party executives at ward levels are in charge, governors will continue to dominate the process.

Mr Marafa said governors who are leading the fight against direct primaries are doing so out of ignorance.

The former lawmaker also blamed the Chairman of the APC Caretaker Committee, Governor Mala Buni of Yobe State, for the latest crisis in Zamfara State.

Mr Marafa accused the committee, which he described as illegal, of scheduling an impromptu congress in the state.

According to the former lawmaker, the proposed congress is “a deliberate attempt by Mai Mala Buni led NWC—this Kangaroo Committee or whatever they are calling it to— it is an illegal committee— to sideline the majority faction in Zamfara State.”

He added that though the faction led by former Governor Abdulaziz Yari has indicated it would boycott the congress scheduled for Saturday, his own faction will conduct a parallel congress.

F.W de Klerk: Earning greateness by turning Africa away from disaster, By Babafemi A. Badejo