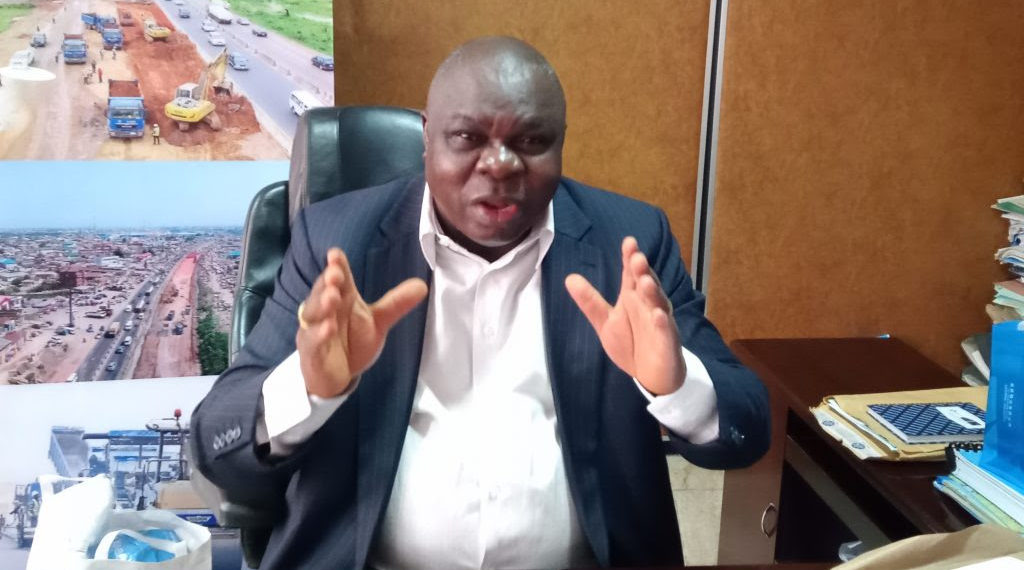 The Federal Controller of Works, Lagos, Olukayode Popoola, on Wednesday said rehabilitation work on the damaged Lagos Airport Flyover has been completed and the bridge would be reopened to traffic this month.

Mr Popoola told the News Agency of Nigeria (NAN) in Lagos that the contractor, Phylo Nigeria Ltd., has completed rehabilitation work but Hi-Tech needs to do concrete pavement to link the bridge.

Hi-Tech is the sub-contractor to Dangote Group handling the ongoing Apapa-Oshodi-Ojota-Oworonshoki Expressway rehabilitation/reconstruction project which links the Airport Bridge.

“The contractor has completed the work, it is just the approach to that Airport Bridge now which Hi-Tech will do the concrete work on.

“We could have opened it, but right in front of Ladipo Hi-Tech needs to go and do the pavement. I spoke with them this morning, they will soon go and do it.

“As for the burnt Airport Bridge, the contractor has already completed the work.

“When we do concrete work we give it maximum of 18 days to solidify before we open the road to the public. So, before the end of this month, the bridge will be opened,” he said.

NAN reports that the Airport flyover which runs over Toyota Bus Stop on the Apapa-Oshodi-Ojota-Oworonshoki Expressway, under reconstruction/rehabilitation, was engulfed by a petrol tanker fire on January 7.

The bridge deck and column and about 200 meters of the rigid pavement of the Apapa-Oshodi-Ojota-Oworonshoki Expressway reconstruction project, being carried by the Dangote Group, were destroyed.

Following the incident, the Federal government immediately shut the bridge linking the busy Lagos Airport on January 8, carried out tests to determine its structural integrity leading to a contract award for its rehabilitation.

Speaking on the Apapa-Oshodi-Ojota-Oworonshoki Expressway project, the controller said sections one, three, and four of the project were each at 95 per cent completion.

Mr Popoola said the contractor has been mobilised to the site and has begun work on section two of the project which was recently awarded.

NAN reports that section one spans from Liverpool Round through Creek Road to Beachland near Sunrise and is about 10 km, while section two is 8.4 km and spans from Beachland to Cele Bus Stop.

The project was inaugurated by President Muhammadu Buhari in November 2018 to resolve Apapa gridlock and ease port congestion.

The contract was awarded to AG Dangote Construction Company Ltd. at the cost of N73bn under the Tax Credit Scheme of the Federal Government.

Also commenting on Eko Bridge, Mr Popoola said the rehabilitation works being done in segments have achieved 65 per cent completion.

“Eko Bridge repair is progressing steadily, we are changing the remaining expansion joints towards Apongbon and we did not close the bridge but only diverted traffic, we did not close any lane.

“As I am speaking, we have achieved 65 per cent completion. So far, we have changed up to 16 expansion joints,” he said. (NAN)