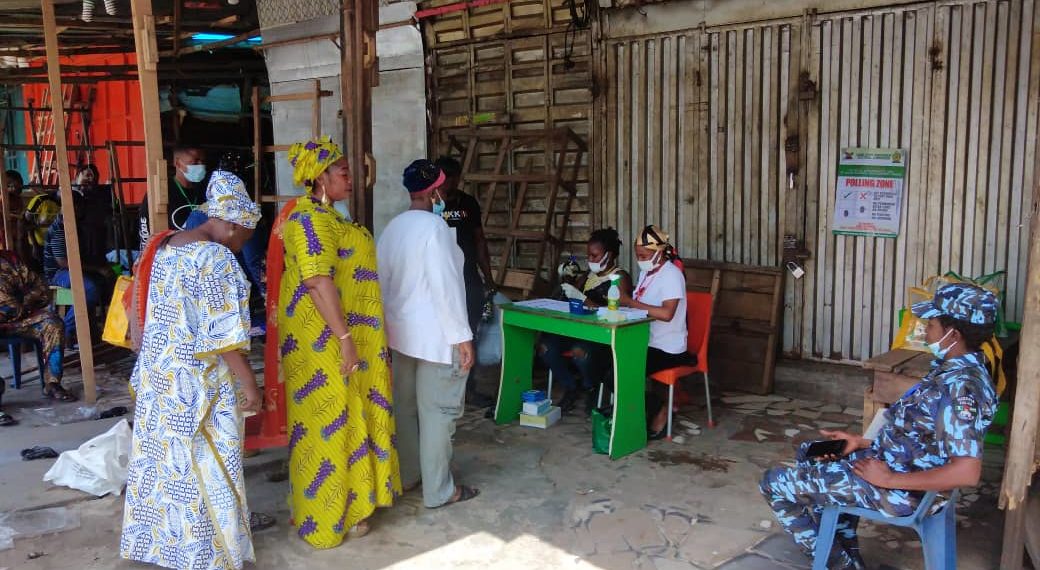 "Whoever wants to be Nigeria's president must be healthy, both in body and in mind."

Ahead of the race for the 2023 presidential election, the Catholic Bishop of Ekiti, Felix Ajakaye, has urged Nigerians to elect a competent and healthy president that would transform the country.

The bishop noted that while the deafening zoning agitations might not be out of place, those who would emerge through such arrangement must be “competent, healthy and sound intellectually.”

The cleric spoke in Ado Ekiti on Thursday while delivering a lecture titled: ‘Ekiti Politics And The Search for Great Leadership’, to mark the 2021 Annual Lecture/Award presentation of the Nigeria Union Journalists, Correspondent Chapel, Ekiti State Council held at the Prosperous Royal Hotels and Resort Centre.

The bishop advised that each state of the federation must elect responsible and committed individuals as governors that can bring about the needed growth and development in the area of economy and solve the increasing cases of kidnapping, banditry and terrorism.

“We need competent Nigerians to emerge as president and governors in Nigeria for us to be able to be where we ought to be,” he said without making any direct reference to Nigeria’s past sickly presidents,

“For those agitating for zoning, the best must emerge from that zone to be Nigeria’s president, not recycled, weak and incompetent person.

“Whoever wants to be Nigeria’s president must be healthy, both in body and in mind.

“We are tired of a weak president and strong presidency. We shouldn’t allow mediocres to be leading us and if we allow that, then we are in serious trouble.”

It will be recalled that Nigeria’s President Musa Yar’Adua, suffered ill-health at the time of his presidency and later died in office to pave the way for his deputy, Goodluck Jonathan.

President Muhammadu Buhari has also been reported to be battling with health challenges, having been on several foreign medical trips since his election in 2015.

Many Nigerians have alleged that many statements and actions taken on behalf of the Nigerian leader are without his knowledge and are rather done by those around him, often referred to as the ‘presidency’.

Although he has not officially declared his intention, the national leader of the ruling All Progressives Congress, Ahmed Tinubu, is seen as a strong contender to clinch the party’s presidential ticket in 2023. His reported health issues for which he had stayed away in the UK for several weeks have, however, been a new call for concern.

On the 2022 governorship poll in Ekiti State, the bishop advised the electorate to vote wisely and elect a governor that can give the citizens enduring legacy and not the cosmetic and momentary one.

Mr Ajakaye stated that whoever emerges as a leader in the election must eschew the winner-take–all spirit, by accommodating members of the opposition and competent apolitical individuals in governance, for effective delivery.

Recalling the poor figures being recorded on election day in Ekiti due to voter apathy, the cleric specifically challenged the Ekiti elite to translate their writings, theories and talks into action, by participating effectively in electoral system.

Also speaking at the event, former Ekiti State Governor, Segun Oni, expressed his support for the crave for effective leadership as the nation battles to elect new leaders in forthcoming elections.

He also commended the NUJ and the Correspondent Chapel for committing themselves to the issues of the time, urging them to continue the pursuit of being the watchdogs of the society and the voice of the voiceless.

Certain individuals including Mr Ajakaye; the senator representing Ekiti Central, Opeyemi Bamidele; a veteran journalist, Femi Ajayi; a member of the House of Representibes, Femi Bamisile; and the Vice Chancellor, Ekiti State University, Eddy Olanipekun, were honoured for their contributions to the growth and development of the society.