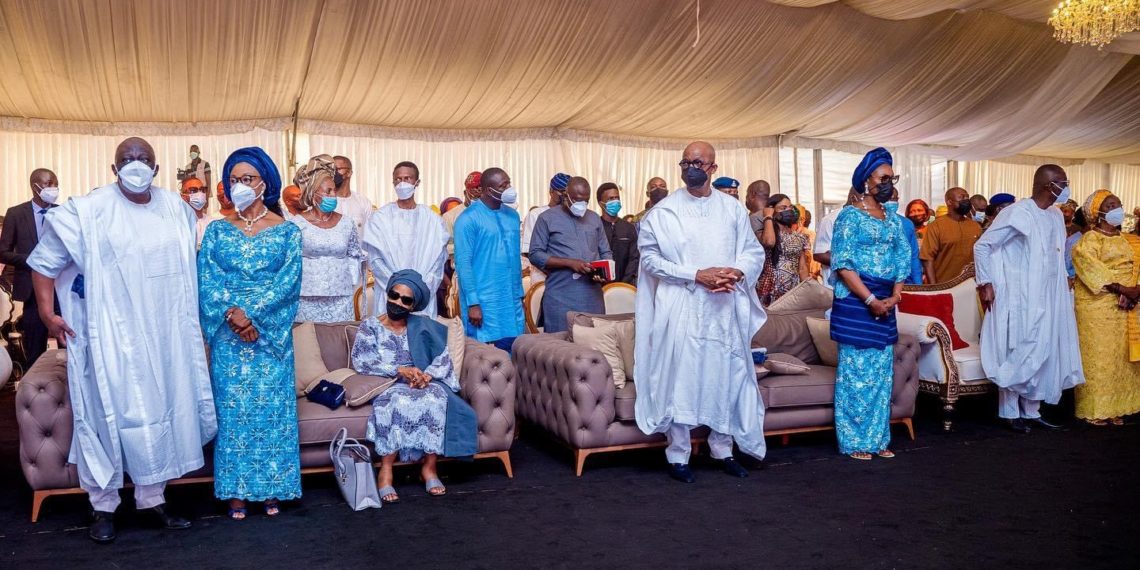 The deceased passed away on August 2 at the age of 89.

The deceased, father of Governor Dapo Abiodun of Ogun, passed away on August 2. He was 89.

Fondly called ‘Baba teacher,’ the late Abiodun was an accomplished teacher and spent a big part of his teaching career at the Adeyemi College of Education, Ondo, where he held several positions.

Also in attendance were Femi Gbajabiamila, Speaker, House of Representatives, Boss Mustapha, Secretary to the Government of the Federation and some members of the Federal Executive Council.

“But he did not take that grace for granted; he gave back to the society; he became a teacher, a teacher of teachers and was celebrated even in his lifetime as `Baba teacher;’ he taught so many and gave back to so many people.

The vice president said that such inheritance was neither in possession nor in money, pointing out that it was the gospel of Jesus Christ that he gave to his children and to all of those that he came across.

Mr Osinbajo extended the condolences of President Muhammadu Buhari to the governor, his mother and all members of the deceased’s family.

Earlier in his sermon, the Olusina Fape, Diocesan Bishop of Remo, said that `death is a debt’ which everybody must pay.

Mr Fape urged Christians to live their lives in a manner that would earn them heaven when they die.

He said that one’s status would not earn one heaven unless one lived a worthy life.

The archbishop thanked God for the ‘impactful life’ of the deceased as a Christian father.

“He lived a humble life to the service of God and humanity,” he said.

In his remarks, Mr Abiodun, who thanked the vice president and all those who attended the service, said it was a celebration of a worthy life lived by his father.

“His legacy was that of service to God and humanity through his teaching ministry,’’ he said.