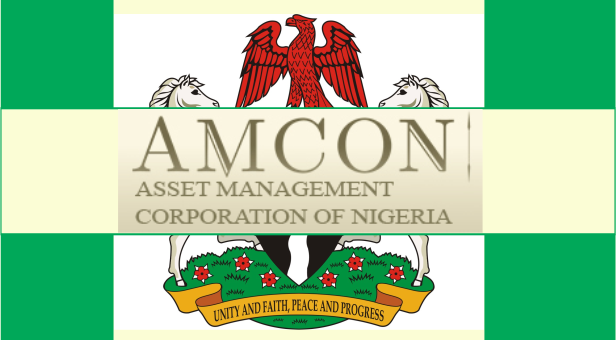 The expert argued that the move would insulate the banking sector against reckless borrowers and recalcitrant debtors.

The Nigerian government has been challenged to expand the laws that granted the Asset Management Corporation of Nigeria (AMCON) special debt recovery powers in the AMCON Act into a national law.

A statement by AMCON on Sunday said that Oluwakemi Balogun, a Senior Advocate of Nigeria (SAN), made the call at the weekend while speaking at a training programme organised for solicitors, receivers and managers at Eko Hotel in Lagos.

Mr Balogun, according to the statement, argued that the move would insulate the banking sector against reckless borrowers and recalcitrant debtors that AMCON is currently chasing for the recovery of trillions of Naira.

The statement said that the Nigerian government debt recovery agency, which has since inception in 2010 recovered over N1.4trillion, had at different phases from the year of its establishment purchased 12,743 Non-Performing Loans or Eligible Bank Assets (EBAs) worth N3.8 trillion from 22 Eligible Financial Institutions (EFIs) for a purchase price of N1.8 trillion.

Since then, AMCON said it has worked tirelessly to recover the huge debt, which were covered by various collaterals.

“But as the years roll by, AMCON obligors have become more daring, and hiding under all manners of legal technicalities to delay the agency from recovery,” the agency said.

Mr Balogun said debt recovery in Nigeria will continue to burden AMCON as well as the financial sector as long as the system allows some Nigerians to brazenly walk into banks to borrow money with no intention to repay the loan obligation.

Having watched such financial rascality for some decade, the legal expert opined that something drastic must be done by the government to save the country.

According to him, some Nigerians in the last 25 years have perfected the act of going to different banks to borrow money and have serially defaulted in the repayment agreement because the country has no policy that guides such recklessness.

“We need to have a national law that will assistant lenders (banks and financial institutions),” he was quoted as saying.

“We must have a national policy. There must be a national law on debt recovery. This law should not just be for only AMCON as a government agency but for the nation as a whole. That is one of the ways we can curb the bad behaviour.

“In some other economies you cannot borrow money and refuse to pay back and go scot-free. Therefore, Nigeria should not allow recalcitrant debtors to go unpunished.”

The statement said that Mr Balogun was reacting to the different presentations at the programme including the keynote address of the AMCON Managing Director/CEO who was represented at the event by Benedict Daminabo, a Group Head of Asset Management.

The AMCON CEO had earlier said the agency will continue to highlight the dangers of not recovering outstanding debt because of its grave implication.

He said: “We have repeatedly made the point at every opportunity that all stakeholders must view the AMCON mandate as one of serious national importance. If at sunset AMCON is unable to recover the huge debt of over N5trillion, it becomes the debt of the Federal Government of Nigeria for which taxpayers’ monies will be used to settle.

“The implication is that the public will be made to pay for the recklessness of only a few individuals who continue to take advantage of the loopholes in our laws to escape their moral and legal obligations to repay their debts. As a matter of fact, we have reached a point in our country where all stakeholders (the federal government, the judiciary, the legislature and the public) must work together to fight the common enemy of this huge debt burden.”

The statement said that despite the challenges, AMCON is steadily making remarkable recoveries but still has about 7,902 outstanding obligors with total outstanding loan of N3.142 trillion.

“Of this number, 350 of the agency’s obligors account for N2.053 trillion, which is above 65% of total outstanding amount,” the statement said.