The workers of the examination body in their hundreds trooped out singing and drumming to welcome Mr Oloyede back to office.

It was a rare sight to behold on Tuesday when the newly reappointed registrar of the Joint Admissions and Matriculation Board (JAMB), Is-haq Oloyede, was welcomed back to the examination body’s headquarters in Bwari, at the Federal Capital Territory, by excited staff and management of the agency.

Mr Oloyede was returning to the office since Jul 30, 2021, when he handed over the baton of the leadership of the examination body to the director of information technology services, Fabian Okoro, at the expiration of his first five-year-tenure. 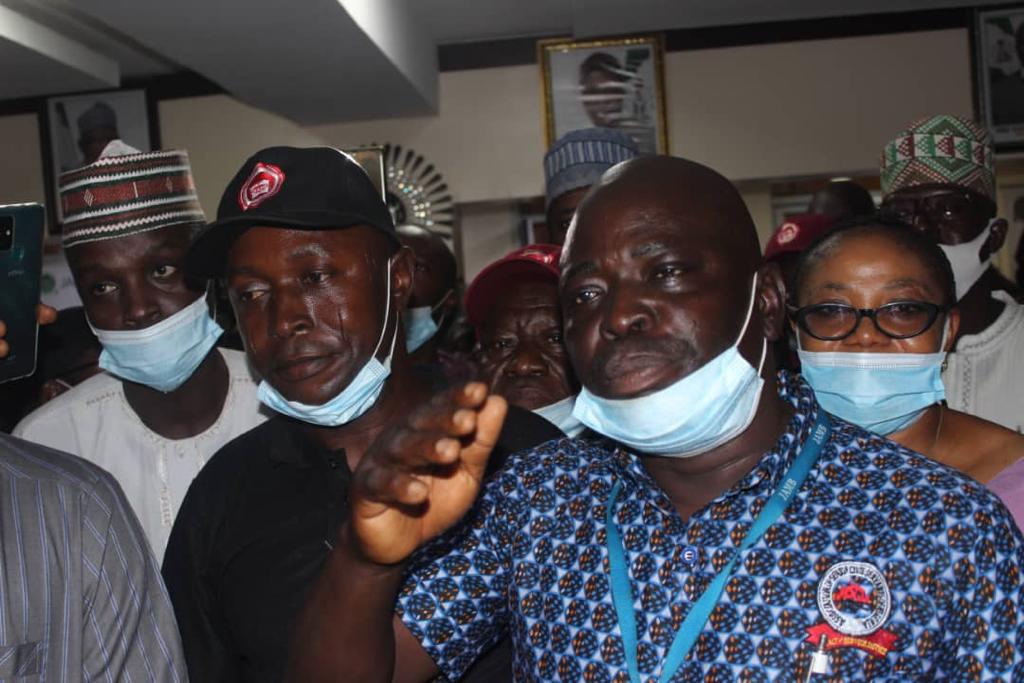 The workers of the examination body in their hundreds trooped out singing and drumming to welcome Mr Oloyede back to office.

The registrar was reappointed on Friday by President Muhammadu Buhari following his recommendation by the education minister, Adamu Adamu.

The statement by the ministry which was signed by the director of press and public affairs, Ben Goong, also confirmed Ifeoma Isiugo-Abanihe as registrar and chief executive officer of the National Business and Technical Examinations Board (NABTEB). 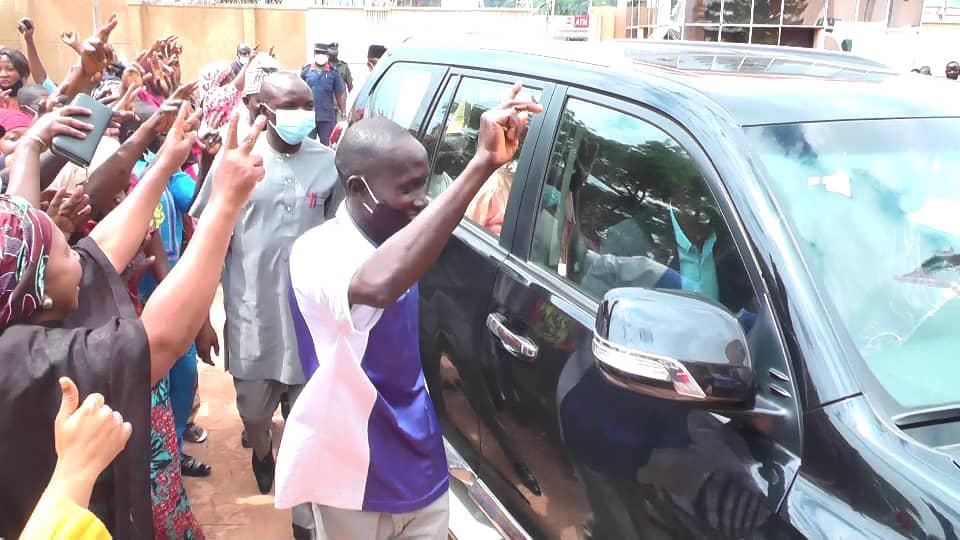 A new director and chief executive officer, Promise Mebine, a professor, was appointed for the National Mathematical Centre for a tenure of five years.

PREMIUM TIMES had reported how the poor health conditions of both the minister and the President which kept them out of the country for weeks had delayed Mr Oloyede’s reappointment.

Meanwhile, within 19 days before the reappointment was announced, many Nigerians had demanded the return of a man they described as “Mr integrity.” 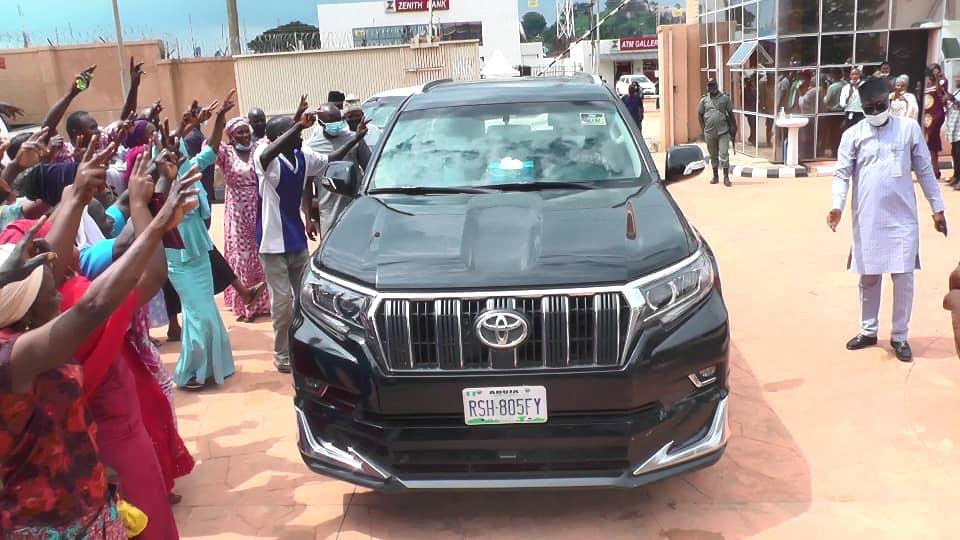 The quest for the registrar’s return is not unconnected with Nigerians’ admiration for his administrative skills which they claimed had restored the establishment’s lost glory.

The former executive secretary of the NUC, Peter Okebukola, a professor, had urged the government to reappoint the duo of Messrs Oloyede and Rasheed.

Welcoming the registrar on Tuesday, the head of the agency’s public affairs and protocol, Fabian Benjamin, described Mr Oloyede as Godsent. He thanked him on behalf of his colleagues for the innovations introduced to the body and the welfare packages for the workers.

Other management members and other workers also took turns to shower praises on the professor, and commended Mr Buhari for what they described as putting a round peg in a round hole.

While Mr Oloyede is enjoying public support in his efforts to reposition the examination body, his predecessor, Dibu Ojerinde, a professor of measurement, is currently facing trial over allegations bordering on financial misappropriation.

Some properties have also been seized from the former helmsman by the Independent Corrupt Practices and Other Offences Commission (ICPC). The anti-graft body said the items were acquired with proceeds of fraud.

The Africa we want