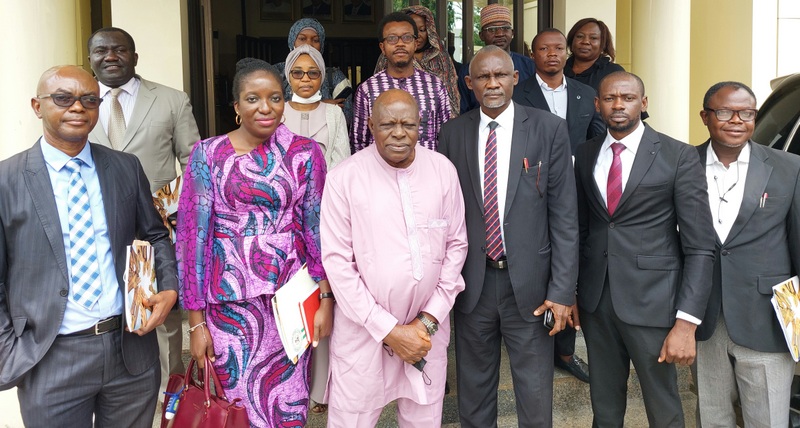 The lawyers pulled together to provide free legal services to indigent detainees say they are being denied access to suspects at various police divisions.

Some lawyers pulled together to provide free legal services to indigent suspects detained by the police have said their work is being hindered by Divisional Police Officers (DPOs).

Speaking at an advisory committee meeting, the lawyers under the Police Duty Solicitors Scheme (PDSS) said DPOs usually refused them access to the detainees they were meant to assist.

One of the lawyers, Bulus Atsen, spoke at the meeting which focused on the PDSS activities at the Legal Aid Council of Nigeria (LACON) headquarters in Abuja last Wednesday.

“Solicitors (lawyers) are having a hell of time accessing police states to render these free legal services to indigent suspects. This is so because DPOs would not allow solicitors in,” Mr Atsen said.

Mr Atsen pointed out that despite the existence of “Force Order 20” providing for detainees’ access to free legal assistance, the DPOs were still obstructing lawyers from meeting with detainees.

The Force Order 20 was said to have been in force since the tenure of Solomon Arase as Inspector-General of Police.

“They (the DPOs) often say they needed a directive from the police hierarchy before allowing lawyers entry into the police stations to meet with detainees, despite the existence of Force Order 20, which is a police law,” Mr Atsen said.

He suggested that regular capacity training programmes should be organised for DPOs to acquaint them with the operational requirements of the PDSS.

Mariam Yusuf, spokesperson of the FCT police command, declined comment on the issue when this reporter phoned her on Tuesday.

The PDSS was initiated in 2018 by the Legal Aid Council of Nigeria in partnership with the Open Society for Justice Initiative (OSJI) and the Nigeria Police Force in 2004.

The scheme was designed to ensure prompt decision making on matters relating to arrests, arraignment and prosecution of persons alleged to being in conflict with the law in Nigeria, the Director General of the Legal Aid Council of Nigeria (LACON), Aliyu Abubakar, explained.

How to solve problem of inaccessibility at police stations

Mr Abubakar also said the PDSS committee would be visiting the Inspector-General of Police, Usman Baba, with a view to discussing modalities for the seamless enforcement of the Force Order 20.

He said the PDSS had helped to reduce congestion police detention centres through uninterrupted legal assistance and advice at police stations.

“The number of cases being handled through the PDSS is on the increase year on year. The PDSS cases are slowly and steadily forming a significant portion of the Council’s case profile,” Mr Abubakar explained.

He said the PDSS was ongoing in Ondo, Rivers, Imo, Kaduna, Sokoto, Kebbi, Ogun and the Federal Capital Territory, Abuja.

The last Wednesday’s meeting was attended by the representatives of the Federal Ministry of Justice, office of the Vice President, Administration of Criminal Justice Act Monitoring Committee (ACJMC) and the Nigerian Bar Association (NBA), but the police were absent.

“Nobody is here from the police force, which is terrible,” a retired police commissioner, Frank Odita, said.

Members of the committee agreed that an advocacy exercise be conducted across the six geopolitical zones of Nigeria to sensitise the police and other critical stakeholders on the operations of the PDSS.

One killed as bandits engage Nigerien soldiers in gun duel