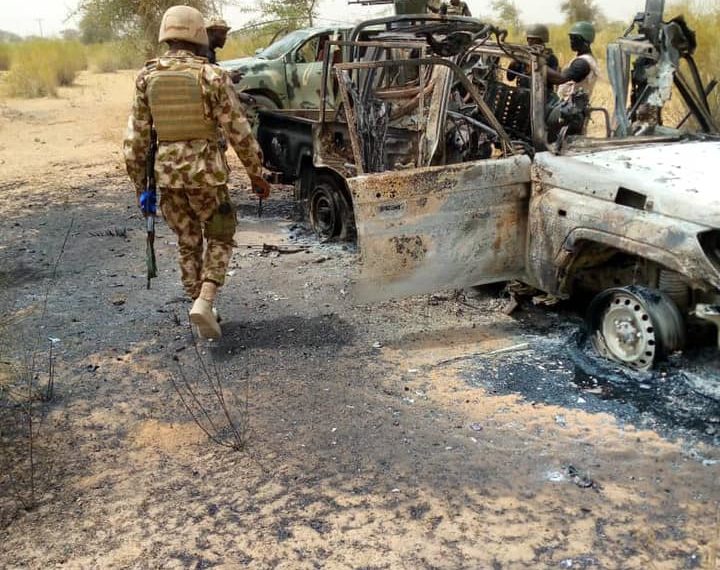 The army denies plans to release some of the terrorists who recently surrendered.

The Nigerian Army says at least 1,000 Boko Haram/Islamic State West Africa Province (ISWAP) members have laid down their arms and surrendered to its troops.

Army spokesperson, Onyema Nwachukwu, stated this on Tuesday in a statement in Abuja.

He debunked reports that the force was making arrangements to free two senior repentant terrorists.

The army’s response comes amidst reports that the terrorists have been surrendering and embracing peace.

It has on at least four different occasions in the recent past said that several terrorists had repented.

In Tuesday’s statement, the army stated that it would continue to operate according to the Nigerian constitution.

The statement also said all the surrendered terrorists would be received, processed and passed on to the relevant agencies of government for further assessment in line with extant provisions.

Our attention has been drawn to a publication by some online news medium released in which the authors deliberately misrepresented the facts contained in that report and twisted it to suit whatever purpose they seek to achieve.

While the Nigerian Army (NA) does not want to be distracted from its main focus of dealing decisively with the threats against peace loving Nigerians, it has become necessary to put issues in their right perspectives. It is a known fact that in the recent past, over 1,000 members of Boko Haram and their families have surrendered to the troops due to the intense pressure from troops’ sustained offensive actions. Among those were key leaders of the terrorist group who have renounced their membership and have turned themselves in.

The NA being a professional military organisation will continue to act in accordance with the dictates of the Nigerian Constitution, as well as international best practices. It must be known that the NA will never encourage any act of lawlessness or extra judicial killings. Accordingly, all surrendered terrorists will be received, processed and passed on to the relevant agencies of Government for further assessment in line with extant provisions.

The ongoing Operation Safe Corridor is an outfit established by the Federal Government and not the NA. As such, it is absolutely wrong to say that the NA will free repentant terrorists. The NA therefore appeals to the public to disregard the deliberate distortion of facts by these online mediums and continue to support the NA in order to rid the country of terrorism and other forms of insecurity.

The Chief of Army Staff Lieutenant General Faruk Yahaya has reiterated his admonition to all terrorist groups operating in the country to abandon their illegitimate cause and surrender to troops.

Why I’m being investigated by EFCC – Ex-governor Dickson