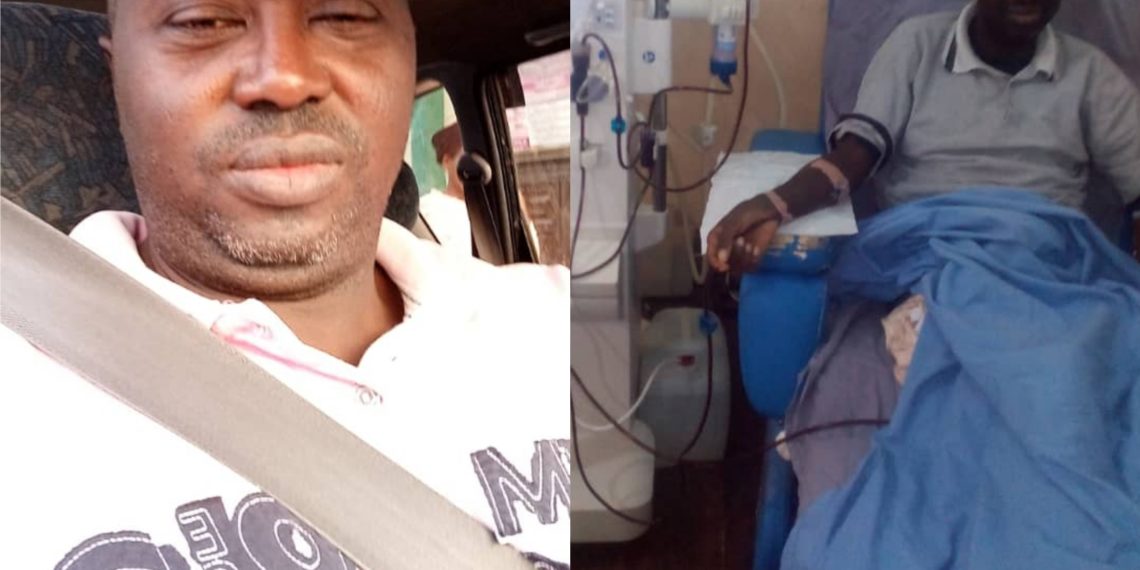 The patient has been on dialysis with the hope of undergoing another transplant at Zenith medical and kidney care in Abuja, his brother-in-law, Fatai Oladoyinbo, told PREMIUM TIMES on Tuesday.

Mr Adebowale’s career progressed and life went on well for the civil servant, who is now attached to the office of the Chief Press Secretary to the Governor of the state.

But one day in  2017, he woke up with what doctors determined to be Critical Kidney Disease (CKD). Diagnosis  showed that his two kidneys had failed.

He thereafter had a transplant, with his first son donating a kidney. However, two years later, in October 2020, that transplanted  kidney failed as well.

Since then, he has been on dialysis with the hope of undergoing another transplant at Zenith Medical and Kidney Care in Abuja, Nigeria’s capital city, his brother-in-law, Fatai Oladoyinbo, told PREMIUM TIMES on Tuesday.

Upon arriving the hospital in Abuja, Mr Adebowale’s blood pressure was unstable and the procedure could not immediately proceed.

As a result, medical experts at Zenith told him to undergo blood transfusion. 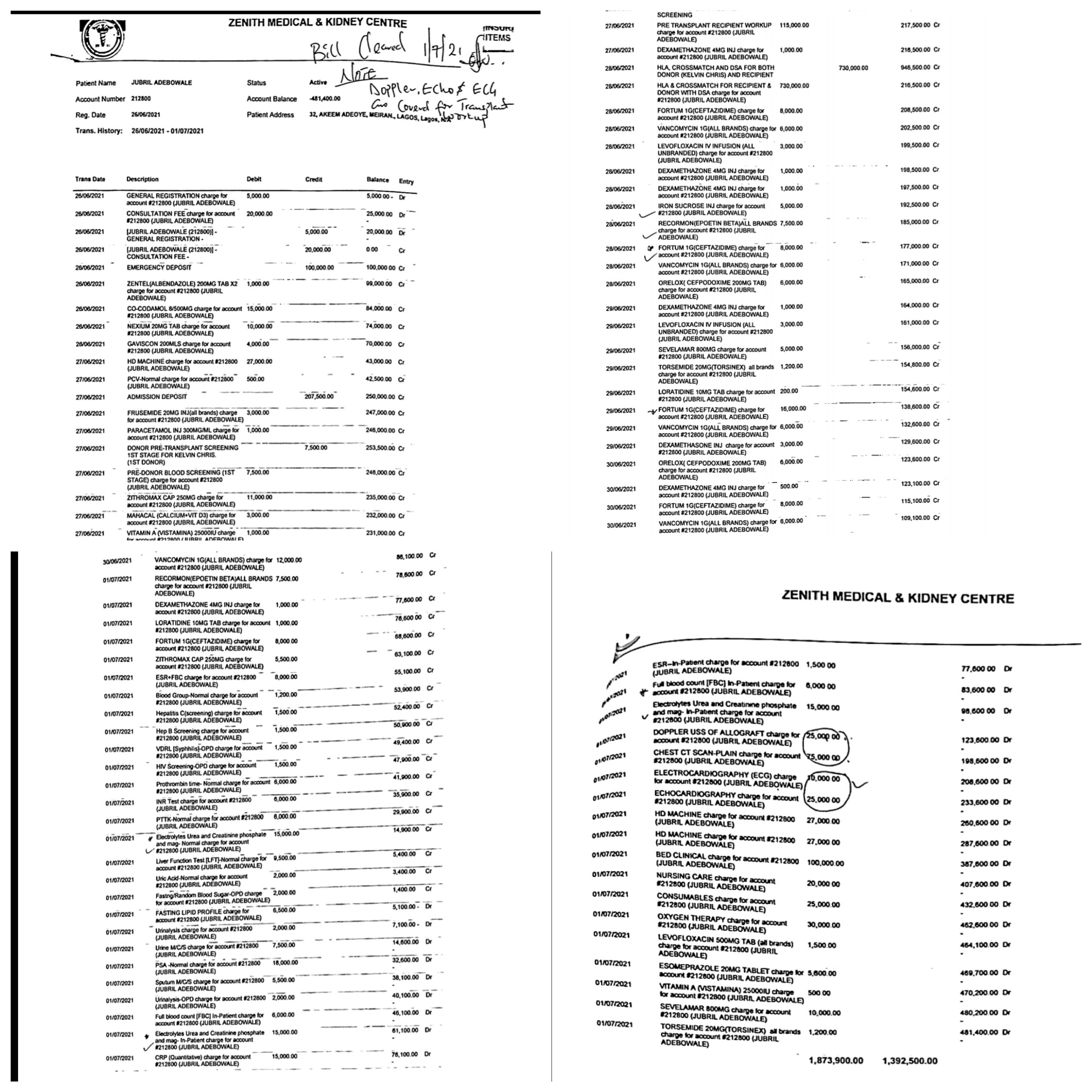 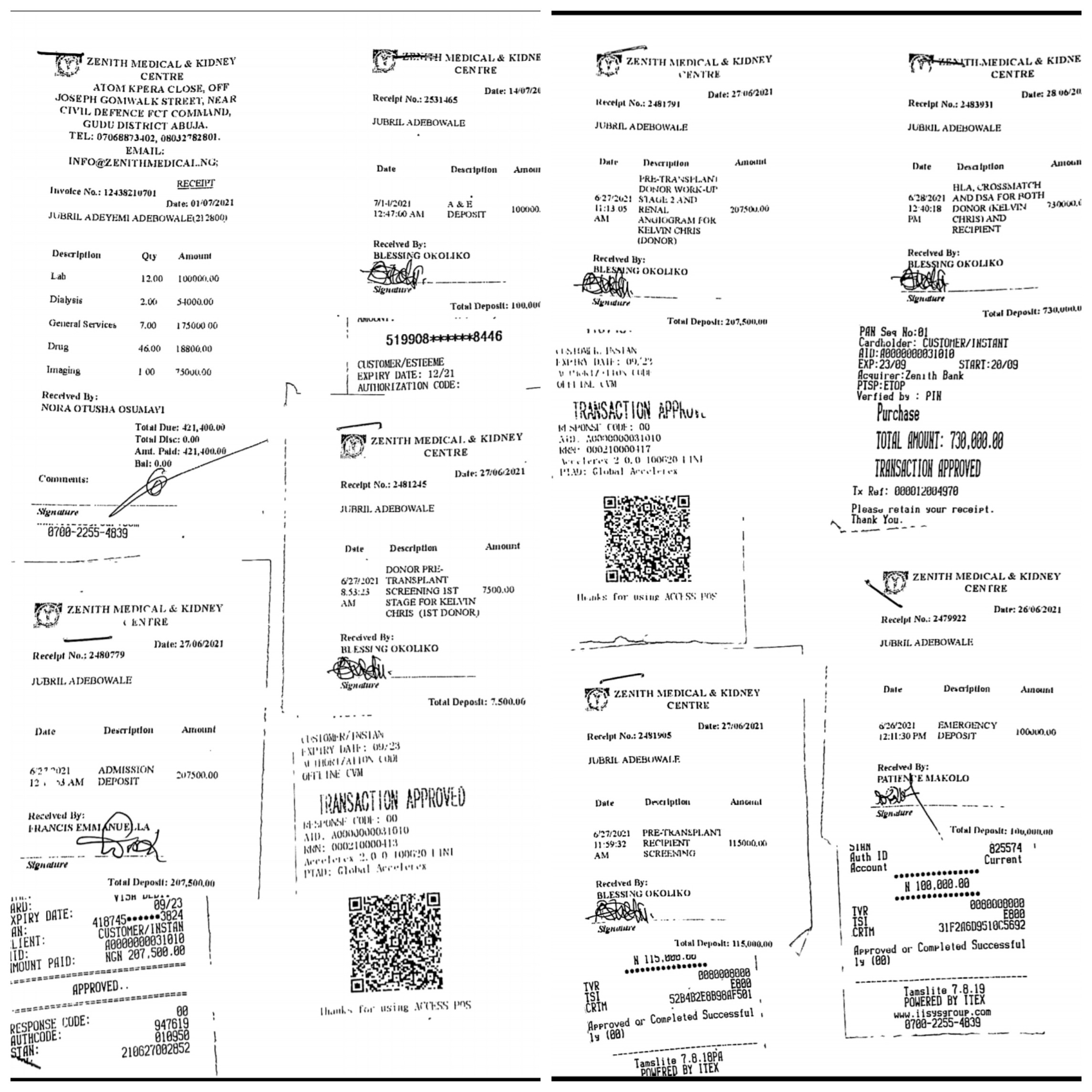 This is due to continuous payment for dialysis and treatment.

Impact of disease on family

Mr Adebowale has a wife and five children who have been negatively impacted due to his illness.

His finances have suffered and he had to sell his land at Ota, Ogun State, to raise money for his treatment.

His wife has equally incurred debt from her bank and several other sources to keep fending for the family.

Upon donating a kidney to his father, Mr Adebowale’s first son who was in his final year at the Moshood Abiola Polytechnic dropped out of school because he could not meet up with his exams due to the transplant procedure.

Mr Oladoyinbo on his part has been away from his family for over three weeks and and from his job at the Federal University of Agriculture, Abeokuta (FUNAAB), in Ogun state, just to take care of his brother-in-law. 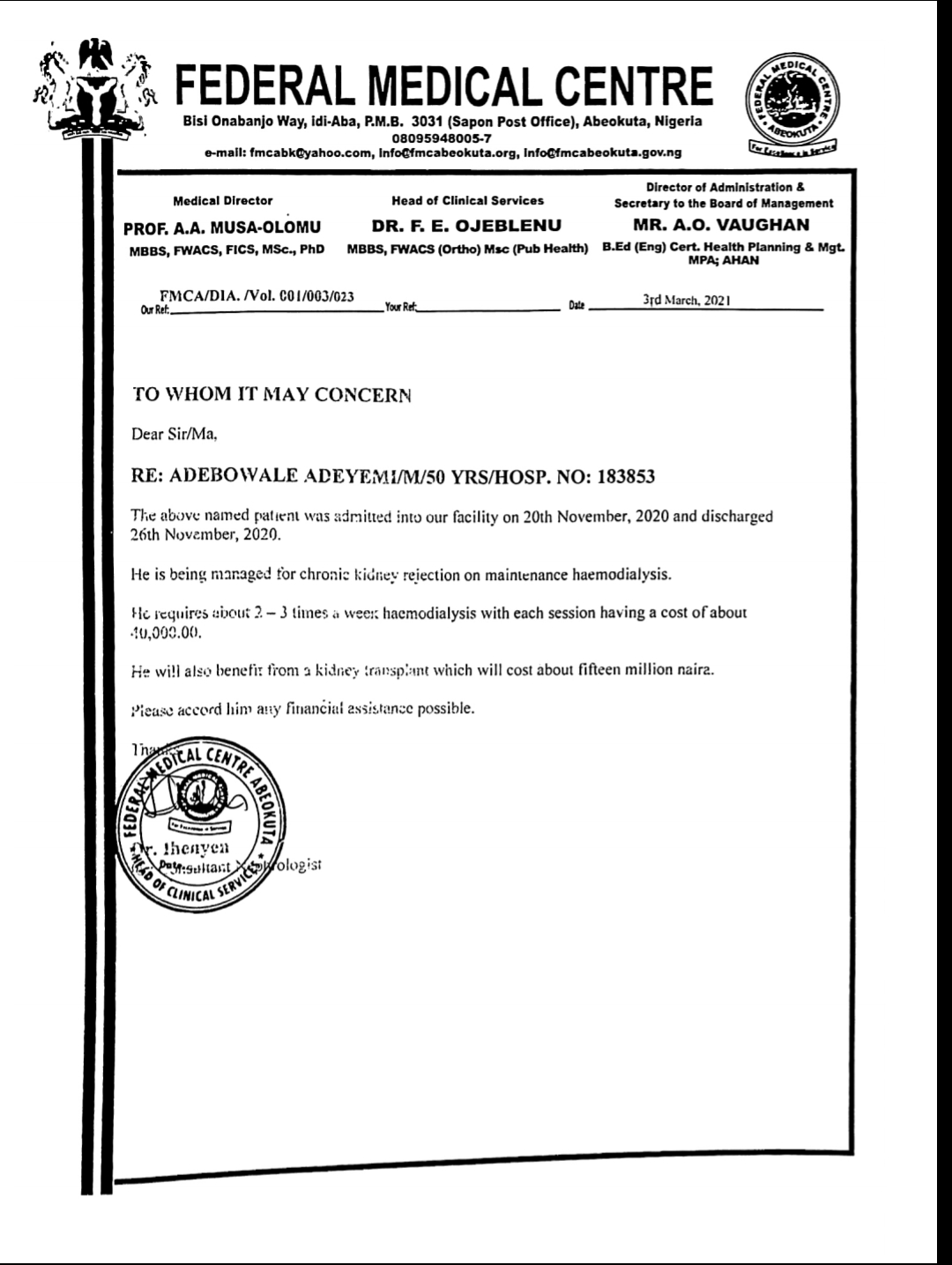 He travels twice a week to FUNAAB, in Abeokuta, from Abuja, spending at least N114,000 each week.

Mr Adebowale also had to leave the Zenith health facility because he could not longer afford paying for the bed space which has drastically eaten deep into the monetary donations received.

You can donate into his Nigerian account:
Jubril Adeyemi Adebowale, Polaris Bank 1012636820.

Get us our silver medals, Franca Idoko-Isaac cries out to the NOC