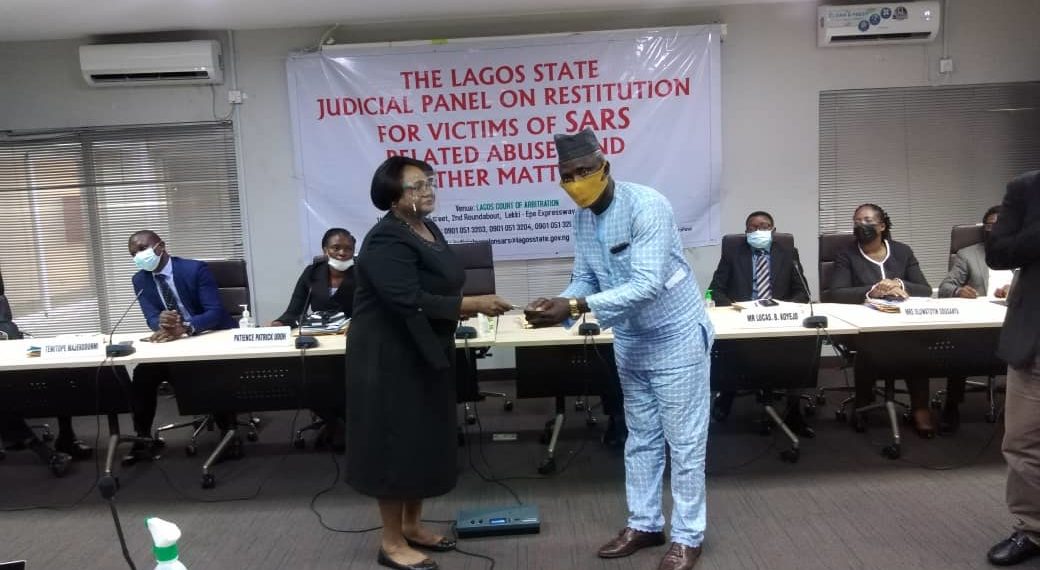 Doris Okwuobi, a retired judge, gave the victims and their families the cheques "for what they suffered in the hands of police officers".

Doris Okwuobi, a retired judge, gave the victims and their families the cheques for what they suffered in the hands of police officers.

The mother of late Mr Johnson, Odebiyi Jokotade, received the N10 million award compensation on behalf of the family. 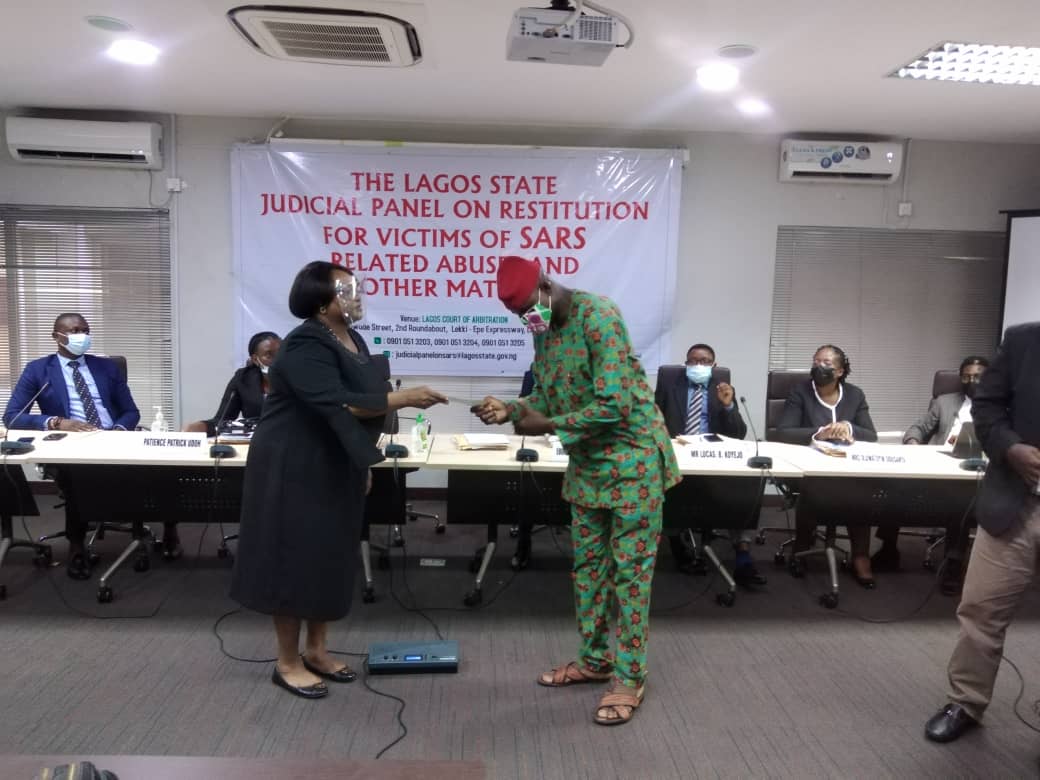 PREMUIM TIMES reported how the family of Mr Johnson, 36, approached the panel in December 2019.

Mr Johnson, who was at a football viewing centre, was shot by a police officer during a raid at his neighbourhood at Onipetesi, Lagos-Abeokuta road.

The deceased was watching the English premiership match between Tottenham and Manchester United when he was shot by a police officer who wore a polo shirt with Special Anti-Robbery Squad (SARS) inscribed on it.

The incident sparked outrage on social media and the police officer, Ogunyemi Olalekan, was dismissed, while Godwin Orji, a sergeant, who was also tried alongside the killer-cop, was demoted. 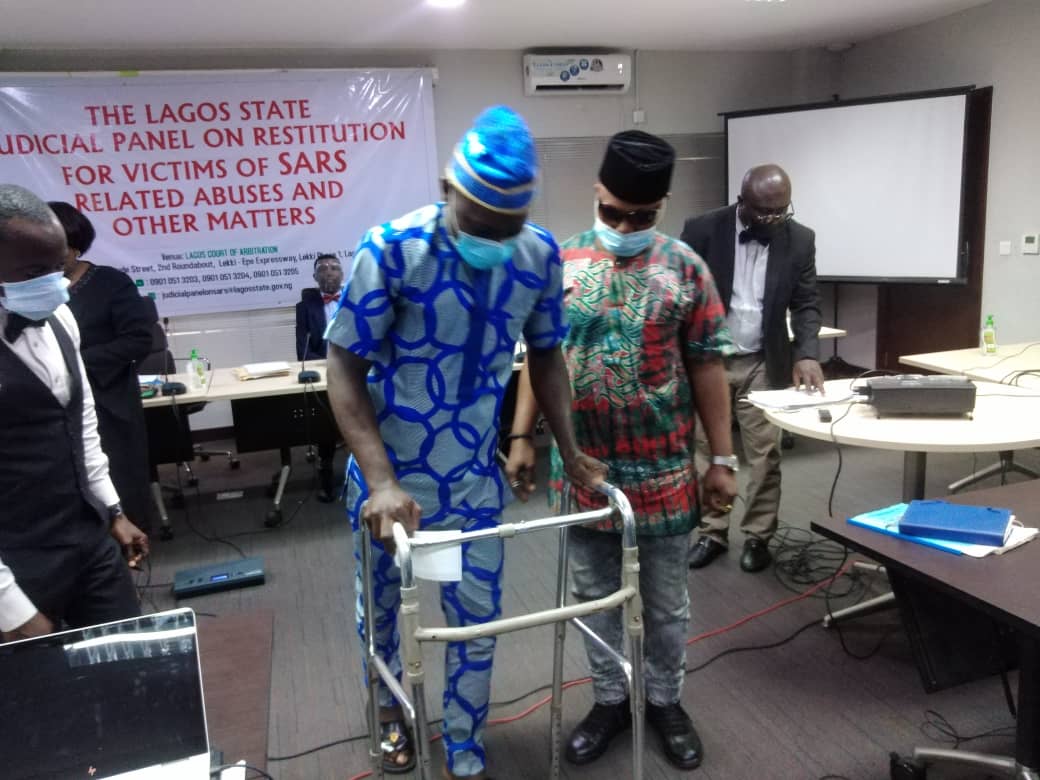 Following his dismissal from the police, he was charged to court for murder.

In her ruling, the panel’s chairperson, recommended that police officers should be evaluated psychologically, and be trained on fundamental human rights.