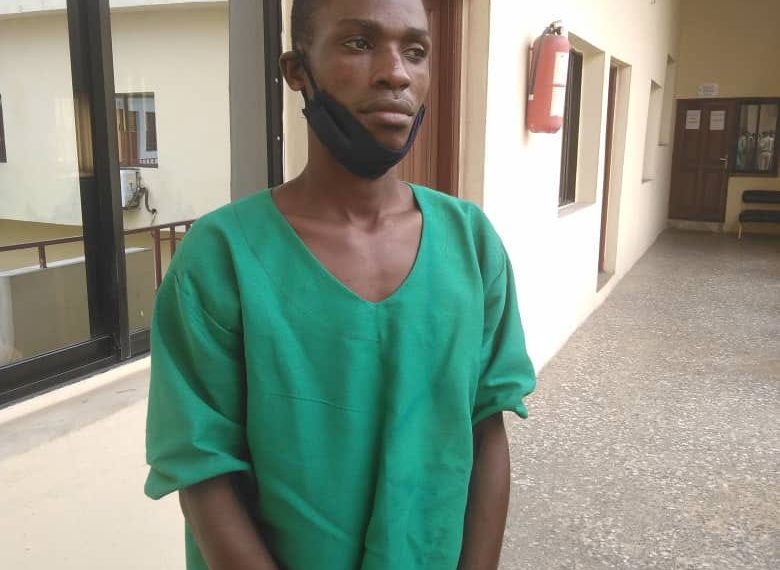 One of the girls was seven years, while the other was five.

A man has been sentenced to 12 years in imprisonment in Calabar, Cross River State, for raping two minors.

One of the girls was seven years, while the other was five when they were serially raped by the man, Godswill Brownson, said to be about 25 years old, before he was busted and arrested in November 2017.

He was found guilty and sentenced to 12 years in imprisonment on Wednesday by the Chief Judge of Cross River State, Akon Ikpeme.

The case was prosecuted in a family court in Calabar.

The convicted man lived in the same neighbourhood with the children who were living with their mother and their grandmother. The man took advantage of the children because of his closeness to the family.

“The man is an acquaintance in the neighbourhood. So sometimes, unsuspecting, you’ll just allow your children to be with everybody around. It was multiple (sexual abuse), it wasn’t just once,” said James Ibor, a lawyer and principal partner of the Basic Rights Counsel Initiative, a non-governmental organisation in Calabar which invited the police to investigate the rape case.

Mr Ibor thanked the Chief Judge, Mrs Ikpeme; the Commissioner of Police in Cross River, Kayode Sikir; the Attorney General of the state, Tango Ashang; the prosecutor, Blessing Egwu; and the workers at the NGO for the successful prosecution of the case.

Another man, Emmanuel Thompson Udo, 47, was similarly sentenced to 22 years in Calabar in January for raping his 14-year-old daughter.