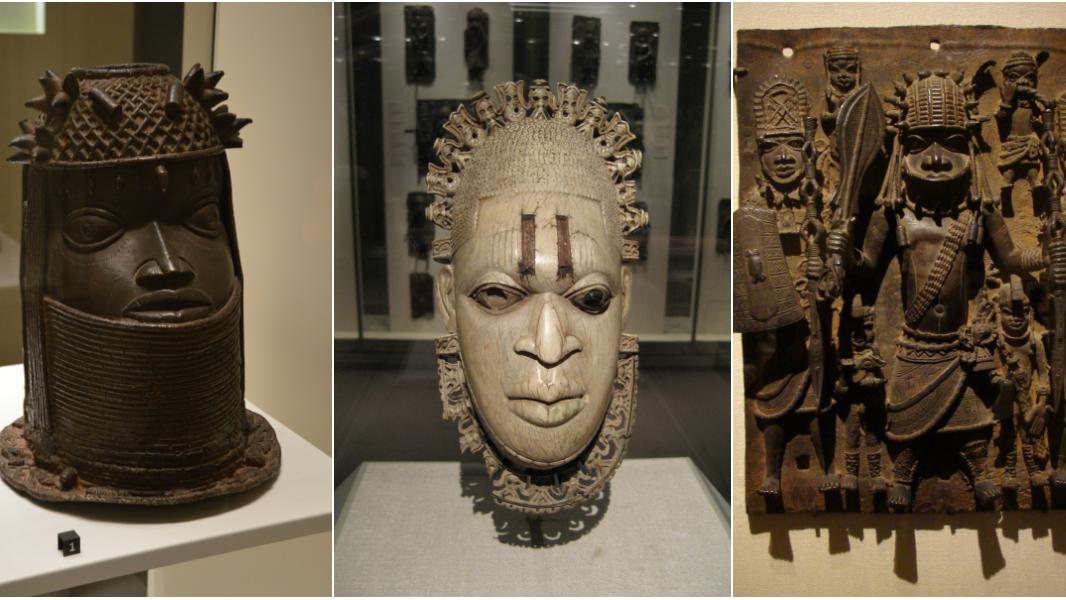 Some western countries have pledged to return artifacts looted from the ancient Benin Kingdom.

Governor Godwin Obaseki of Edo State has met with the Chief of Staff to the President, Ibrahim Gambari, over looted Benin artifacts that are to be returned from abroad.

Speaking to State House correspondents after the meeting in Abuja on Wednesday, the governor said the state government in collaboration with partners had completed arrangements to set up a museum for the artifacts in the state.

He expressed optimism that when completed, the museum would be a tourist attraction and source of revenue for the state.

He said, “I just decided to pop in to see the Chief of Staff and to just touch base on a few issues, particularly as it relates to the artifacts.

“I’m sure you know that we’ve been in conversations with the federal government on the artifacts. Lots of Benin artworks that are in Europe and the Americas.

“We’ve had conversations on how to return these works, particularly as some countries have indicated their interest and desire to return the works.

“I just came to brief the Chief of Staff on the steps that have been taken on the level of collaboration with the federal government, and the plans to build a museum in Benin that will host these works.”

On the readiness of the state government to receive the artifacts, the governor stated, “Like I said, a lot of work has been done. We have the legacy restoration trust, which is currently obtaining resources from very, very interested donors across the world.

“We expect that by the last quarter of this year working with the National Commission for Museums and Monuments, we should begin the construction of a pavilion, a world class pavilion that will meet all the conditions required by which these works can be kept.

“And as you know, many of them are very fragile and very old, but they have to be kept in protective conditions.”

According to Mr Obaseki, “museums have become catalysts in the evolution and development of cities”.

“There is a city called Bilbao in Spain, and that was the head of the Basque separatist movements many years ago.

“Today, Bilbao earns more than a billion dollars from just the presence of that museum in that city. Because everybody wants to come in to see what’s in that museum.

“So, bringing back these works, this world cherished works, bringing the originals back to their home, I mean, you can imagine for years to come, people, children unborn, all over the world want to come and see these pieces.”

“As I speak the planners from Latin America are in Benin City, looking at work and doing the surveys. That process should end about August.

“We believe that the museum is going to be a series of, you know, buildings, you have the pavilion where these works will be brought in initially and will be kept.

“We also undertaking more archeological excavations, and whatever we find will be kept in the pavilion.

“We have a national museum that currently exists. And that’s going to be refurbished, then we have the main Edo Museum of West African arts. And the construction for that will take another one or two years to begin.”