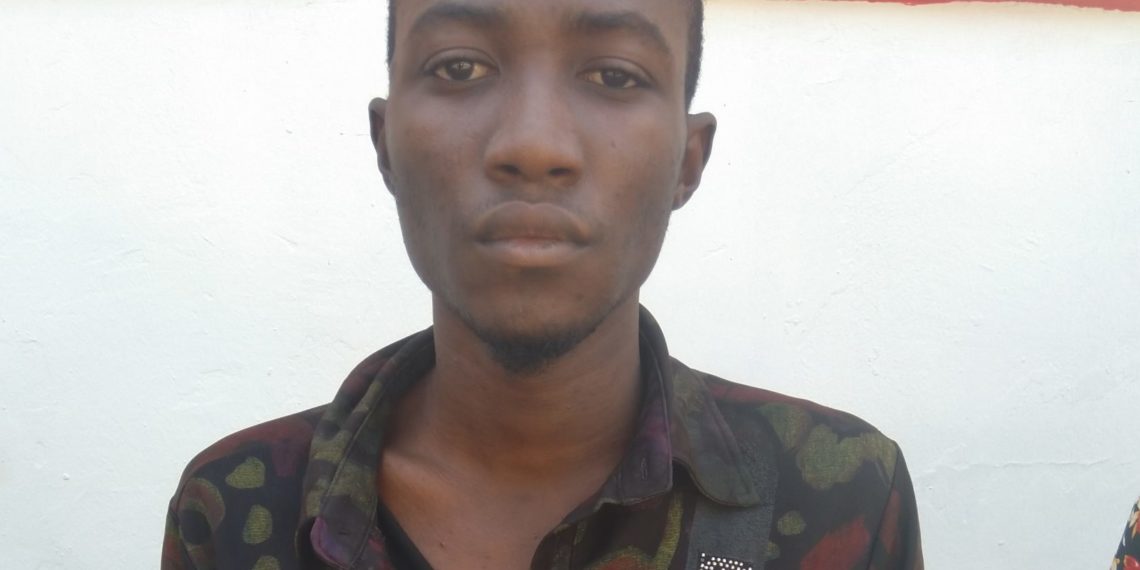 Murtala Abdullateef was jailed 10 years but given an option of N200,000 fine by the Sokoto State High Court.

The Sokoto State High Court sitting in Sokoto on Monday convicted a Facebook scammer, Murtala Abdullateef, who was said to have presented himself as a General in the United States Army serving in war-torn Syria.

Mr Abdullateef was sentenced to 10 years in prison, but was given an option of N200,000 in a judgment delivered by the trial judge, Malami Dogondaji.

The convict had pleaded guilty to the charge when he was arraigned before the court, a statement by the Economic and Financial Crimes Commission (EFCC), Wilson Uwujaren, stated Monday.

The statement added that following the defendant’s guilty plea, EFCC’s prosecuting counsel, Habila Jonathan, asked the court to convict and sentence him accordingly.

“However, the defence counsel, Shamsu Dauda, pleaded with the court to temper justice with mercy on the grounds that his client is a first time offender who had become remorseful.

Mr Abdullateef was said to have started his journey to criminal conviction when he was arrested along with six other suspects on May 25, 2021 at Badariya in Birnin Kebbi metropolis by operatives of the State Security Services, for suspected involvement in internet fraud.

“The other six suspects have been prosecuted and convicted on a separate charge,” the EFCC’s statement read in part.

The commission said he attempted “to defraud foreigners through Facebook while presenting himself as a United States Army General serving in war-torn Syria.”

The charge instituted against the convict had read, “that you Murtala Abdullateef sometime in May, 2021 in Sokoto, within the Judicial Division of the High Court of Justice of Sokoto State, dishonestly hacked into Facebook accounts of several European women with intent to defraud them of their hard-earned monies wherein you represented yourself to them as a General in the U. S Army on a peace-keeping mission in Syria and you thereby attempted to commit the offence of cheating contrary to Section 58 of the Sokoto State Penal Code Law 2019 and punishable under Section 311 of the same Law”.

Africa produces only 1% of vaccines administered on continent -Minister