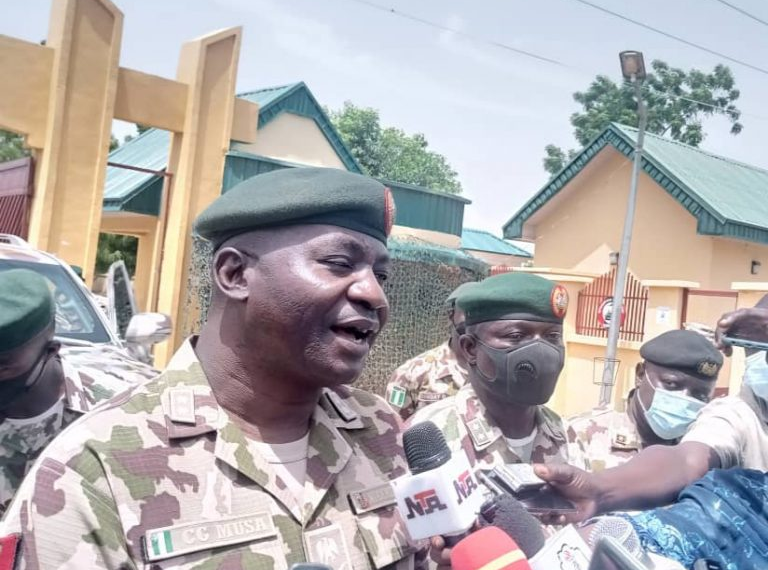 New Theatre Commander speaking to newsmen in Maiduguri on Friday

Mr Musa was handed over the mantle of leadership at a ceremony by the Acting Theatre Commander, Felix Omoigui, a major general.

Mr Musa was handed over the mantle of leadership at a ceremony by the Acting Theatre Commander, Felix Omoigui, a major general.

Speaking to journalists, Mr Musa called for support and understanding of all stakeholders in the fight against insurgency, which he said required regular strategic reviews.

“Asymmetric warfare like Boko Haram is a continuous war. It is evolving and we have to also evolve in our approach,” Mr Musa said.

The commander also solicited the support of the media in the counter-insurgency operation.

He pledged to maintain openness in his leadership of the newly reconstituted military Joint Task Force.

Infrastructure: Nigeria will continue to collaborate with China – Presidency