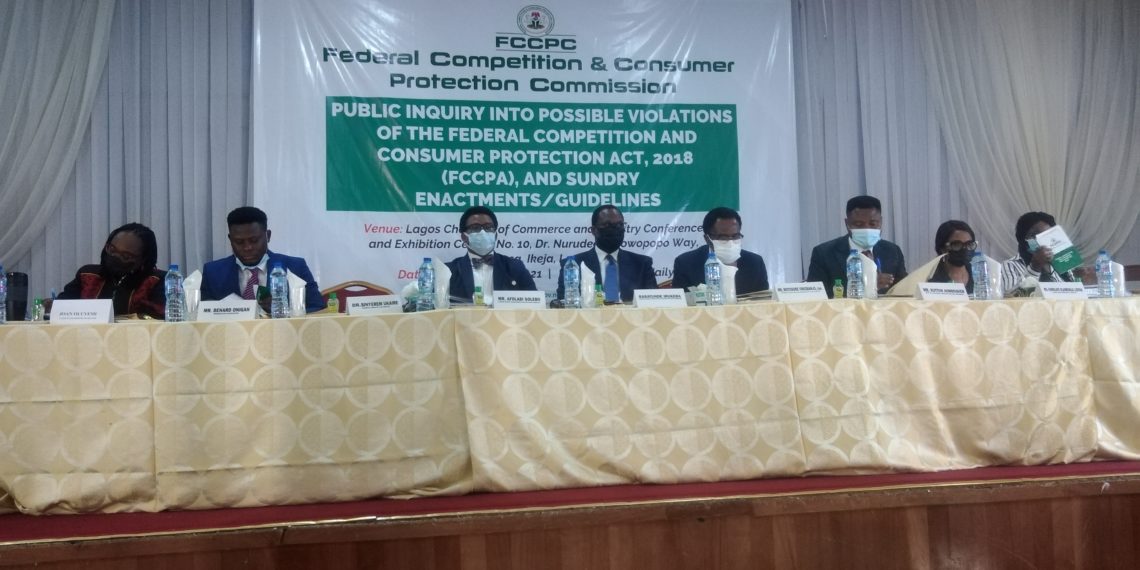 The hospital's lawyer said the doctor travelled abroad and requested to appear by virtual means.

A doctor with Premier Medical Specialist Centre, the hospital accused of professional misconduct leading to the death of a Lagos chef, Peju Ugboma, Tuesday failed to appear before a public hearing instituted by the Federal Competition and Consumer Protection Commission (FCCPC).

The FCCPC had opened an inquiry into “possible violation of patient and consumer rights” in the death of the popular pastry chef.

The deceased’s family had earlier accused the hospital of being responsible for the death of Mrs Ugboma during a fibroid surgery.

The legal counsel for the hospital, Abimbola Akeredolu, informed the panel that the summoned doctor, identified as Osinowo, had travelled abroad and requested to appear by virtual means.

However, Babatunde Irukera, Chairman of the FCCPC said the doctor’s absence undermines the system and violates the summons.

“Each medical practitioner is here to testify under summons, in consonant with the law, he must have the prerogative to inform the regulator that he is not available that the regulator to set up an alternative platform, no, we recognise that it is not impracticable, it is not optional…Dr Osinowo proceeds to travel in violation of the existing summons.”

He noted that Mr Osinowo was served the summons on June 7, before he travelled abroad “but replied on June 12 around 6:44 p.m.”

However, Ms Akeredolu argued that the testimonial was a breach of the patient’s confidentiality. Mr Irukera, however, argued that the deceased’s husband had given his consent.

Ms Akeredolu also pointed out that some doctors from the health facility were present earlier but “received specific instructions to leave this proceedings or lose their medical licenses,” from the Medical and Dental Association of Nigeria (MDAN) and the Nigeria Medical Association (NMA).

But Mr Irukera ‘said “the regulatory process and legal process would progress,” while stating that a “full medical record” on the deceased was yet to be released by the health facility.

Members of the panel include Moyosore Onigbanjo, Attorney General and Commissioner for Justice of Lagos State; Afolabi Solebi; Bernard Onigah, representative of the Nigerian Bar Association; Komolafe Olanrewaju; Joan Oluyemi; and others.

Earlier in the hearing, the deceased’s husband, Ijeoma Ugboma, recounted how the hospital’s negligence led to his wife’s death in April.

He explained that his wife had gone for an “elective surgery” and after it was done, she complained of intense abdominal pain and discomfort but he thought it was normal and temporal since she had just come out of surgery.

The father of two noted that before the surgery, she had “done all the tests recommended by the hospital and had no pre-existing condition” to have developed post-surgery complications.

Mr Ugboma claimed that he got no information from the hospital, noting that his wife was the one who told him that the doctors were going to bring in a nephrologist because her kidney “wasn’t working properly.”

“If I was told my wife was in distress early enough, we would have acted faster.”

Some days later, after Mrs Ugboma was transferred to another health facility, Evercare, where she was declared dead.

He said Premier Medical Specialist Centre sent him an “unsigned and unnamed ” medical record which is unacceptable.

Mr Irukera commended staff of the Evercare hospital for coming to give their testimony.

He, however, said they cannot testify “in the absence of Premier hospital”.

How I will address Nigeria’s security challenges – COAS Yahaya