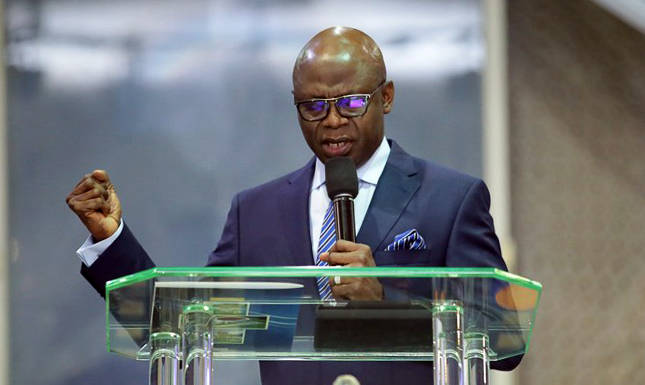 Nigeria’s frameworks, Mr Bakare said, came under severe onslaught by reason of exposure to the twin forces of a corrupt political class and impulsive military.

Mr Bakare made the disclosure at a Democracy Day virtual dialogue titled “Rethinking the Nigerian State,” put together by a group of Nigerians resident in Canada in commemoration of the country’s 22nd year of return to democracy.

Nigeria’s frameworks, Mr Bakare said, came under severe onslaught by reason of exposure to the twin forces of a corrupt political class and impulsive military, culminating in the Unification Decree of May 1966 abolishing Nigeria’s federal structure.

“The Nigerian state tottered through six decades of instability, survived a civil war, and embarked on a series of failed democratic experiments and military interregna,” the clergyman said.

“Upon the return to civil rule on May 29, 1999, the frameworks of state, including the democratic culture, the federal structure, and the institutions of public service delivery, had degenerated.”

Mr Bakare recommended the 1963 Republican Constitution as a model for the nation to pursue the ideals of egalitarianism, unity, truth, and justice with an emphasis on its recognition of devolution of power.

“The 1999 Constitution, crafted in an attempt to reconstitute these frameworks, was marred by numerous aberrations, including a false premise of “We the people,” an array of ambiguities, and a cocktail of inconsistencies.”

Mr Bakare noted that President Muhammadu Buhari’s gesture of honouring M.K.O Abiola and Gani Fawehinmi in 2018 is an affirmation of an effort at redressing “a sore aspect of our past.”

The online conference had Akin Fadeyi, convener of the Corruption not in My Country Project, and Joseph Osuji , a professor at the Mount Royal University, Calgary, Canada, among its participants.