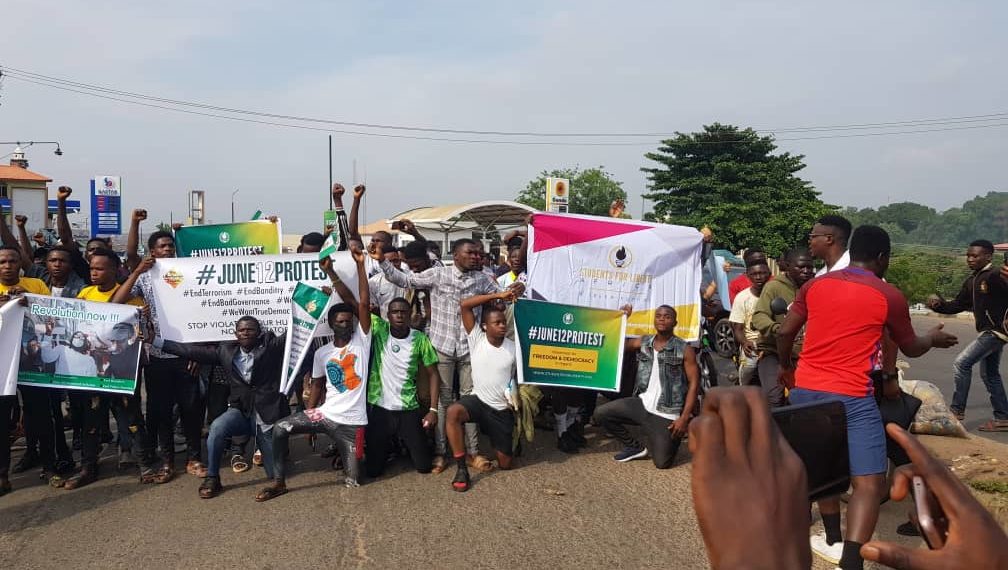 The lawmakers say the crackdown had "exposed the anti-democratic proclivities of the present administration, which has continued to worsen".

The minority caucus of the House of Representatives has condemned the crackdown on some Nigerians protesting across the country.

PREMIUM TIMES had reported violent crackdown on protesters in some cities across the country.

As part of activities to mark June 12, Nigerians across the country protested against President Muhammadu Buhari’s administration.

Some protesters are being sponsored to undermine the protests.

The government had last week banned Twitter, a move that appears to be part of a wider crackdown on the digital rights of Nigerians.

The caucus, in a statement by its leader, Ndudi Elumelu (PDP, Delta), on Saturday, expressed concerns over the use of force on protesters.

“The Minority Caucus in the House of Representatives is disturbed by the hostility of the All Progressives Congress (APC)-led Federal Government towards Nigerians protesting in commemoration of June 12 Democracy Day.

“The show of brute hostility and violent assault on Nigerians by the security forces is condemnable, unjustifiable and at total variance with fundamental democratic ethos of freedom of expression as guaranteed by the 1999 Constitution (as amended).

“As lawmakers, our caucus is disturbed that such violation of human rights and inexcusable assault on the foundation of democracy could happen even on a day set aside by the government to celebrate democracy in the country,” the statement said.

The lawmakers added that the crackdown had further “exposed the anti-democratic proclivities of the present administration, which has continued to worsen.

“In full recognition that the right to peaceful protest is guaranteed by our constitution, the minority caucus will take very strong legislative steps in reviewing the situation with a view to getting redress for Nigerians as well as curbing the violation of human rights in the country.”

The Buhari administration has been under scrutiny for stifling dissenting opinions.