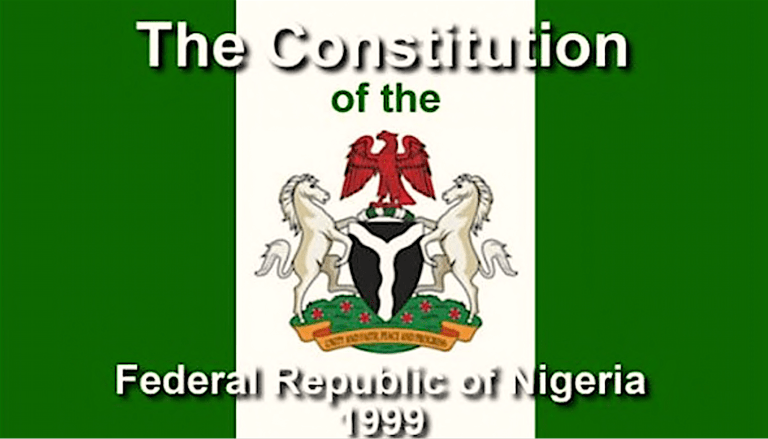 Constitution Review: Over 100 bills being considered in House of Reps— Lawmaker

The Lawmaker says about 200 bills were submitted in the ongoing constitution review exercise.

The House of Representatives is considering over 100 out of the 200 bills submitted in the ongoing constitution review exercise, a member of the house, Tajudeen Abass, says.

Mr Abass, who is also the Chairman of the North-Central Zone Centre for constitution review in Lokoja, Kogi State, said this at the opening ceremony of the zonal public hearing for three states in the zone – Niger, Kwara and Kogi, on Tuesday.

The two-day event, organised by the House of Representatives’ Special Committee on Constitutional Review, started on Tuesday and will end on Wednesday.

Recall that the Senate version of the event was held last week.

The exercise is part of an effort to meet the demands of Nigerians on the need for restructuring, which many believe to be long overdue.

Members of labour unions, traditional rulers, political office holders and other groups are at the Kogi State Government House in Lokoja, where the event is being held.

While delivering his address, the lawmaker said past editions of the zonal public hearing for constitution review had been fruitless.

“I want to welcome you to this event, which has been the order of the day in the past 16 years in this dispensation.

“We believe that this 9th Assembly will be unique and different because such kind of exercises have been done in the past but it didn’t come to any fruition. We believe that this time around, this exercise of constitutional review will meet the yearnings and aspirations of the people.”

According to him, the 101 bills under consideration are divided into 11 thematic areas.

“In exercise of the powers conferred on the legislature, by Section 4,8 and 9 of the Constitution of the Federal Republic of Nigeria as amended and Order 18 Rule 9 of the Establishment Act of the House of Representatives, the Special Committee on Constitutional Review is currently considering over 100 constitutional alterations.

“On electoral matters, we have nine bills including independent candidacy and diaspora voting,” Mr Abass said.

Other bills cut across demands for local government autonomy, devolution of power, legal framework for judicial autonomy, gender inclusion, amongst others.

He, however, urged those present to submit additional memorandum in the best interest of the country, ahead of its final report on Monday.

Also speaking at the event, the Speaker of the Kogi State House of Assembly, Matthew Kolawole, called for the creation of six additional states.

“We want an additional one state in each of the geopolitical zones, which means extra six states and more local government areas.”