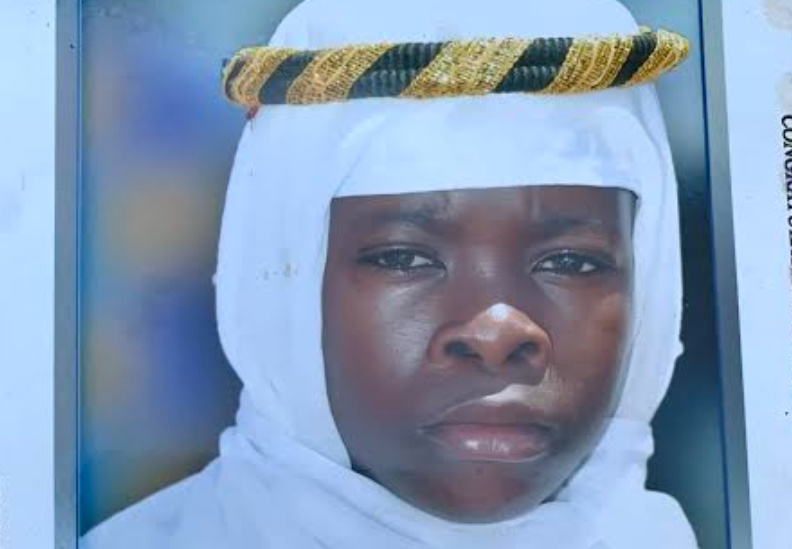 Ganiyu Ibrahim, highly regarded in school, was in the last year of his teens when bullets from security forces brought down the curtain on his promising, young life.

Ganiyu Ibrahim, 19, died from a gunshot wound sustained during the #EndSARS protest in Ogbomosho, Oyo State.

Ganiyu was allegedly shot by members of the Nigeria Police Force. He died three days later at Bowen University Teaching Hospital, and was buried according to Islamic tradition on Tuesday, October 13.

The killing of Ganiyu signaled a sudden end to a decent and meaningful life. Teachers and friends at Soun High School, an Arabic School which Ganiyu attended, say they will never forget the six years he shared with them. Ganiyu, they remember, was a model student, obedient and teachable.

“He was a very obedient student,” his class teacher,

While it is common to find high school students occasionally testing their schools’ rules and regulations, like those that choose to stay out of class beyond their lunch break and those who willfully absent themselves from classes, Ganiyu, according to those who knew him in school, was different. He enjoyed playing football with his peers but would not stay a minute longer on the field once break was over.

“He would be the first person to leave the field and return to class,¨ Mr. Hasmiyu says.

Workers at a workshop where Ganiyu learnt how to sew also testify of him as a promising apprentice.

Alabi Mayowa, Ganiyu’s close friend, went to the hospital to check on his friend even though he had been told he had died days ago. He still had not come to terms with the departure of his dear friend. Mayowa had sworn to always be there for Ganiyu, but the former had been away in a different town when the latter was gunned down.

“I could not believe it,” Mr. Mayowa says. “Ibrahim was a kind person. One time, my parents could not give me my feeding allowance, so I went to school without food. During breaktime, I was hungry. I told Ibrahim. He told me he did not have money too, but he went to borrow money from someone else and gave it to me to buy food. That really touched my heart, and I will never forget.”

Months have passed since Ganiyu was buried, but his cousin, Micheal Aremu, says he still feels his presence in the room they shared, and in every other space they shared while he was alive. Michael says Ganiyu was not just a cousin but a friend and a brother too.

“I can’t sleep,” Michael says. “My head swells every time I enter the room. I always feel like he is inside, watching me. I have not been able to close my eyes because I see him.”

Ganiyu’s younger brother, 13-year-old Aliu Ibrahim, says he misses his brother and the afternoon treats he used to get on their way back from school. Since Ganiyu’s death, Aliu says he has had a deep sense of loneliness – that not even the company of other siblings and cousins has succeeded in cheering him up.

“I feel like I have been taken to a new place and left all by myself,” he says.

Ganiyu was born in 2000, in the same town where he was killed.

His father, Salaudeen Ibrahim, is a farmer in his 50s. He lives in an extended family compound with his brothers, Ganiyu’s uncles, as is the tradition in many indigenous households in Nigeria.

“Whoever killed my son inflicted a deep sore in my heart,¨ Salaudeen Ibrahim says.