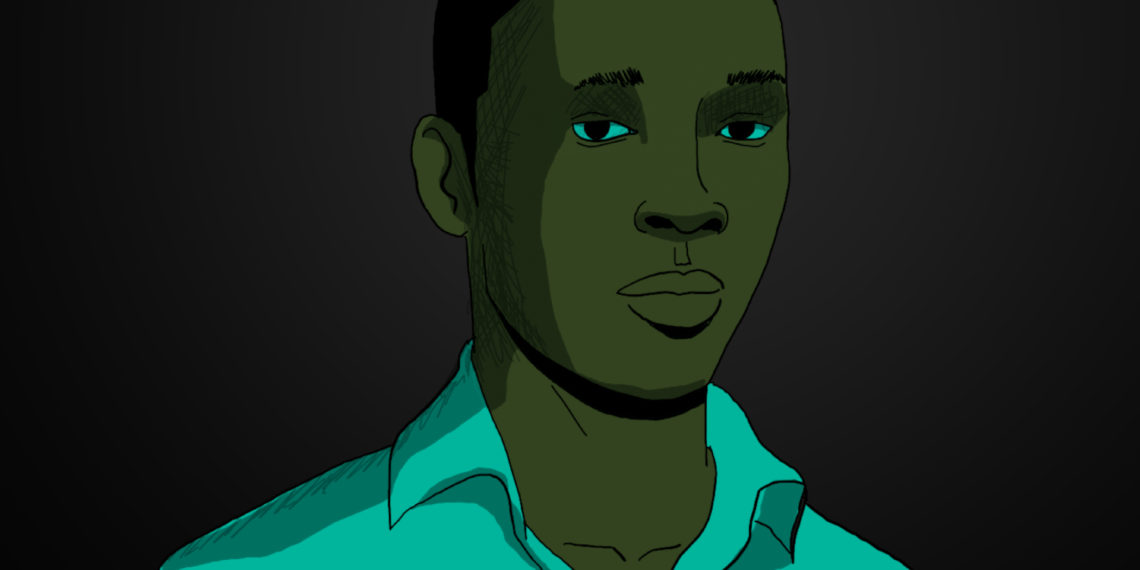 On the brink of his final secondary school exams, devout Catholic, Christopher Omeje, had just closed from rosary prayers when he was gunned down by SARS officers, who mistook him for a criminal.

Christopher lived in Ovoko, a town in Igbo Eze South Local Government of Enugu State, where he attended the Boys Secondary School.

He loved to read and excelled academically. He read anything, at any time. Labels, books, receipts, anything.

When the time for his Senior Secondary School Examination (SSCE) drew near, Christopher begged his father, Dominic Omeje, to get him a room in a house close to his school to enable him to study for his exams without distraction. His father obliged and found for him a house, paying the rent for a year.

The only thing Christopher loved more than reading, was attending Block Rosary gatherings, where fellow Catholics had prayer and fellowship sessions in front of a statue of the Blessed Virgin Mary. Christopher never missed these.

One evening, after a Block Rosary gathering, Christopher stood at a bus stop waiting for the bus home. While he waited, officers of the Special Anti-Robbery Squad (SARS), who were dressed in mufti, drove past him.

The officers stopped their car and reversed, screeching to a halt where Christopher was standing.

Then, one of the officers, later identified as Inspector Victor Ugwu, shot Christopher. Just like that.

The officers put him in their car and drove off. Unfortunately, before they got to Iheaka, a nearby community, Christopher had bled to death.

The officers drove to Urban Police Station, in Nsukka, where they reported that they had shot him because they suspected he was a “criminal.”

They took the corpse to the University of Nigeria Teaching Hospital (UNTH) in Ituku Ozalla, Enugu.

When news of Christopher’s death reached his family, they could not believe it.

“We didn’t know what to do at first,” Christopher’s 27-year-old sister, Onyinyechi Omeje, says. “We didn’t believe the story.”

His father, Dominic, who was not in town when his son was shot dead, asked his brother, Alphonsus Omeje, to go to UNTH and confirm the news by identifying Christopher’s corpse. Alphonsus returned from UNTH with sad news.

Christopher’s corpse was in the mortuary for three months before the police released it to his family for burial. The police told the family that what had happened to their 19-year-old was a “mistake.”

During his burial, Christopher’s fellow Block Rosary members wept and walked the streets of Nsukka, chanting his name and demanding justice.

After the burial, Christopher’s family employed the services of a lawyer, Ike Obeta, and sued Mr Ugwu, the police inspector, at the Enugu Ezike High Court.

During one of the court sessions, Dominic asked Mr Ugwu if his son had done anything to him to warrant killing him. The latter said it was a mistake, that he did not even know Christopher.

Four years on, the case has amounted to nothing. “It appeared that the police didn’t want the killer to face justice,” Dominic says. “We kept on going and seeking justice for four years, yet nothing happened. At a point, I became tired. They were asking us to come today, come tomorrow.”

“I have stopped thinking about it to avoid high blood pressure. Now, my son’s killer is free. We still see and greet. But each time I see him, I get angry because he reminds me of my late son.”

Dominic Omeje says he had to relocate his family to Nsukka because, at Ovoko, whenever his wife saw Christopher’s grave in front of their compound, she broke down in tears.

Apart from his own struggles with high blood pressure, Dominic says he fights the urge to cry anytime he hears the name of his late son or sees any of his former classmates. He recalls with difficulty how his son only stayed 15 days in the house he had rented.

Thaddeus Omeje, 21, one of Christopher’s brothers, says his late brother taught him how to play the drums, and was strict but gentle.

“He always encouraged us to be serious in whatever we were doing, especially with our education,” Thaddeus says. “He was a perfect example because he was always serious.

“Anytime we had assignments in Maths, we were never worried because he was always going to help us with them.”

On June 30 of every year, Christopher’s family—father, mother, three brothers and three sisters—say a prayer for him. They also have a celebration of Mass dedicated to him, to remember and celebrate memories of him.

Christopher would have been 31 years today. His killer, Mr Ugwu, has never been arrested.

Until justice is served and Mr Ugwu is imprisoned, all the family has to keep itself sane is the hope that their beloved son and brother is resting in God’s bosom.