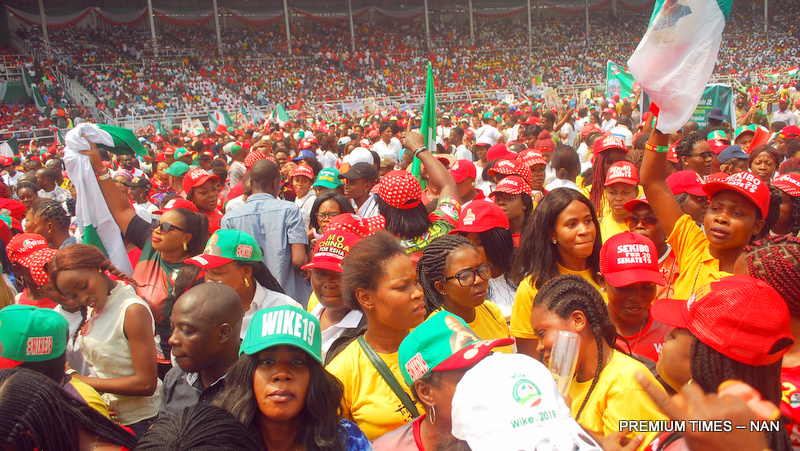 Mr Nnamdi Onochie says the political class must close ranks at this critical time, to chart a road map to guarantee that Nigeria’s ethnic nationalities continued to stay together.

Amid increasing social discontent in Nigeria in recent times, a scholar and former diplomat, Nnamdi Onochie, has unfolded a blueprint to put Nigeria back on track to achieve peace, prosperity and progress for survival as an entity.

Mr Onochie told the News Agency of Nigeria (NAN) in Abuja on Sunday that the political class must close ranks at this critical time, to chart a road map to guarantee that Nigeria’s ethnic nationalities continued to stay together.

Citing recent `ugly’ developments in Africa’s most populous nation, Mr Onochie described the scenario as disturbing, saying that the situation could still be salvaged with a sense of mission and commitment by leaders.

The PDP chieftain, who said that he would offer himself to serve Nigeria at the highest level of leadership in 2023, said it would be tragic for men of ideas to watch helplessly while “the situation gets out of hand”.

“It has become increasingly apparent that the worsening social condition in Nigeria is exacerbating tensions in the country and tearing the nation apart.

“For the ordinary citizen, despair and hopelessness have encapsulated their thinking that the situation will not improve in the foreseeable future.

“The compelling reality is the inevitability that we the political class in the APC, PDP and other political parties must confront the hardship in Nigeria headlong,’’ Mr Onochie, a former Nigerian envoy to the Philippines and Algeria stated.

The doctorate degree holder argued that rescuing Nigeria should be the immediate concern of the political class, rather than “watching helplessly and playing the fiddle while Nigeria burns.’’

He condemned the ‘dog-eat-dog’ scenario and apparent lack of patriotism in the country, which according to him, has resulted to social hardships, including slaughtering of Nigerians by fellow Nigerians.

Mr Onochie said that it had become unimaginable that some misguided Nigerians would take up arms against their compatriots, dealing harsh blows to their country, while grandstanding as jihadists, bandits, militants, herdsmen etc.

“Killing of service men, arson on police stations and judiciary facilities and setting prisoners free are condemnable acts that have brought Nigeria to a new low.’’

Mr Onochie argued that he had what it takes to make Nigeria great again, noting that as someone seeking the highest political office, “the way out is to tackle key problems plaguing Nigeria headlong.”

“My solemn commitment to the Nigerian people is that I am totally aware of their electricity problems — low generation, poor transmission and uncoordinated distribution of the product.

“I know that the way forward is to pay for the construction of new plants to guarantee electricity supply for our teeming 200 million population with an average of 14,000 megawatts of electricity annually.

According to him, government must increase public comfort and prosperity and reduce cost of living and also guarantee that hard work brings success and prosperity.

The PDP stalwart argued further that social tension and hostility in the polity had increased because of a feeling that politicians in the dominant parties were unwilling to open up and democratise internal processes in their parties on the presidential position.

“The two dominant political parties, PDP and APC should recognise and acknowledge that bad, constant or `permanent aspirants’ and candidates in the parties portend continued corruption.

“Political parties must follow the pathway of rule of law, inclusion, fairness, equity and egalitarianism, while eschewing winner-takes-all syndrome and concentration of political power in an ethnic zone or region.

No new deaths from COVID-19 in Nigeria, 57 new infections

How Many IMF Reports Does It Take To Dim The Moon’s Lustre?, By Uddin Ifeanyi