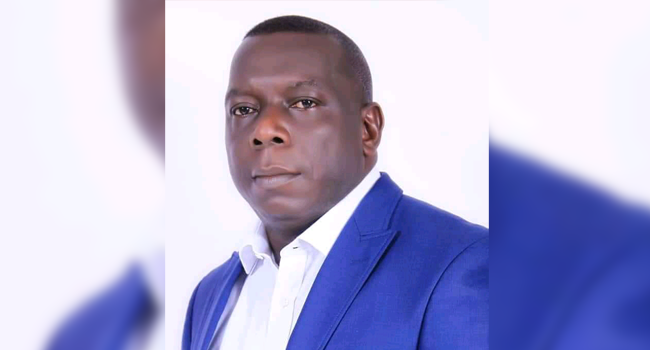 Supreme Court Judgment: Why I won’t vacate my seat – Senator

He also said that he will not vacate his seat because the Supreme Court didn’t declare it vacant.

He insisted that he remained the duly elected candidate of the Peoples Democratic Party (PDP) in the December 5 bye-election – to replace Rose Oko, who died in March, 2020.

Mr Odey, who addressed journalists in Abuja, also faulted the Independent National Electoral Commission (INEC) which he said, erred by issuing a certificate of return to Jarigbe Agom, relying solely on the verdict of the Supreme Court.

Messrs Odey and Agom are of the same political party, PDP. Both men claim they are the elected senator representing Cross River North senatorial district.

However, official documents from INEC and its website show that Mr Odey was the PDP candidate of the December 5 bye-election as well as winner of the election. He was issued a certificate of return on December 7 and sworn in by the Senate President, Ahmad Lawan, on December 16, 2020.

Mr Agom had filed suits in Port Harcourt and FCT High Courts seeking revocation of his nomination as the PDP candidate and restraining the senate president from swearing in Mr Odey respectively.

Two conflicting judgements from the FCT and Cross River High Courts initially upheld Messrs Jarigbe and Odey respectively as the winner of the bye election.

The FCT Court of Appeal also upheld the High Court ruling that he should (Mr Jarigbe) be accorded the rights of the PDP candidate.

Sequel to this ruling, the electoral umpire issued Mr Agom certificate of return on December 18 – an act which Mr Odey has faulted.

Both men currently hold separate Certificates of Return issued by INEC and are awaiting the decision of the senate president.

‘INEC erred, I was not sacked’

In his interaction with journalists, Mr Odey said not only did INEC err in issuing a certificate of return to Mr Agom, but that the recent judgement by the Supreme Court is being misinterpreted by many.

Part of the ruling in the judgement seen by PREMIUM TIMES read “that the preliminary objection on the competence of the service of the notice of appeal succeed.

“That the improper and ineffective service complained of, strike out.”

The lawmaker maintained that the ruling did not declare his seat vacant or asked that he be sacked.

“The supreme court struck out my appeal. I walked away. The order is clear.

“All court orders must be expressed. You don’t read intention into a court order. If a court does not say this, you can’t force the court to say it.”

He further said the stage where the rightful candidate was determined was resolved in two separate rulings by the Court of Appeal in Calabar.

When asked the current situation, Mr Odey said “There is no situation. I am comfortably seated as the senator of the Federal Republic of Nigeria. He can be going about with his certificate.”

He added that the PDP played its role well by issuing a letter to INEC saying ‘this is my candidate’.

The party, he said, also appealed to the Supreme Court saying that Mr Jarigbe was not their candidate.

READ ALSO: Senate yet to swear in Cross River senator-elect one month after Supreme Court verdict

Reacting to Mr Odey’s claim, INEC spokesperson, Festus Okoye, said “the matter is completely out of the hand of the commission.”

“As at the day of the election, the commission issued a certificate of return to Odey based on the election and law.

“Thereafter, there was a court judgement and the commission issued a certificate of return to Jarigbe based on order.

“As far as the commission is concerned, we have done our own part based on its understanding of the law. It is now left for the leadership of the National Assembly, the Senate President to make the decision.”