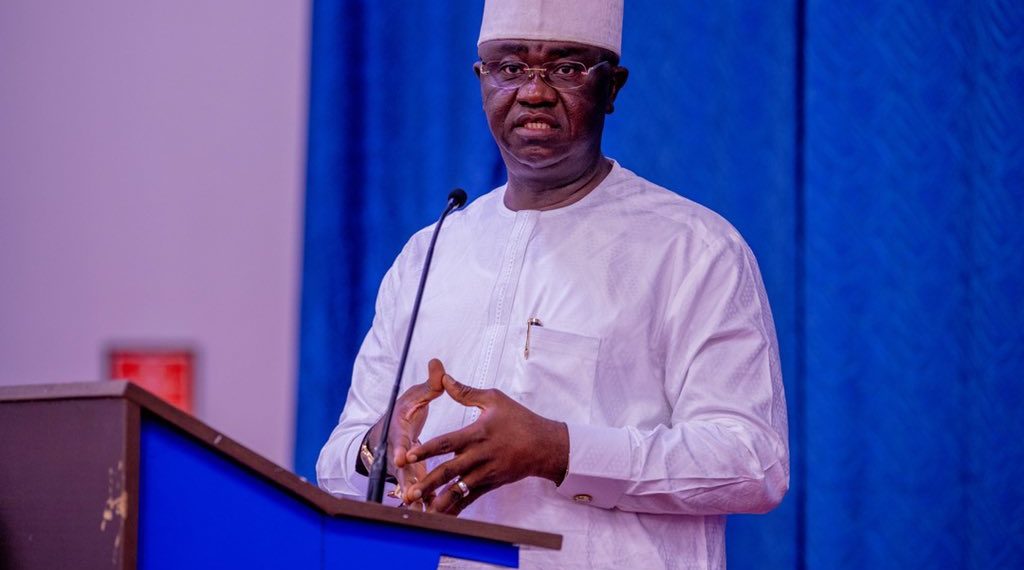 The minister says the application had been developed and would be installed at the sites of 300 ongoing projects across the country.

Clem Agba, Minister of State for Budget and National Planning says the Federal Government had devised an app that would assist citizens to monitor and evaluate ongoing projects across the country.

Mr Agba disclosed this, on Tuesday, during a visit to the Federal Neuro-Psychiatric Hospital, Benin, to assess the utilisation of the N49 billion intervention fund released by the Federal Government to 52 Federal health institutions in the country.

The minister said the monitoring application had been developed and would be installed at the sites of the over 300 ongoing projects across the country.

According to him, the innovation is to ensure integrity and transparency, in the handling of infrastructural projects in the country.

”As the co-chairman of Open Government Partnership, the use of the technology will enable the citizens to monitor and evaluate the over 300 project currently undertaken by the Federal Government across the country.

”This will aid transparency, as the three cardinal focus of our ministry is planning, budgeting and monitoring and evaluation,” he said.

The minister, who was later conducted round the equipment purchased by the psychiatric hospital, explained that the Federal Government approved the fund, to better reposition the country’s health system following the COVID-19 pandemic.

He noted that three of the benefiting health institutions in Edo, received an average of N950 million, for the procurement of equipment in four areas.

The minister identified the areas as; the building of a molecular laboratory, setting up of a minimum of 10-bed Intensive Care Unit (ICU), isolation centre equipment and purchase of Personal Protective Equipment (PPE).

Mr Agba explained that his visit was to assess how the 50 per cent of the fund. earlier released to these health institutions, was spent.

He stated that the balance of the fund was intact, but would, however, be released only to those who made judicious use of the first payment.

Meanwhile, Imafidon Agbonile, Medical Director of the hospital, who conducted the ministerial team on an inspection of the facilities, commended the Federal Government for the intervention. (NAN)