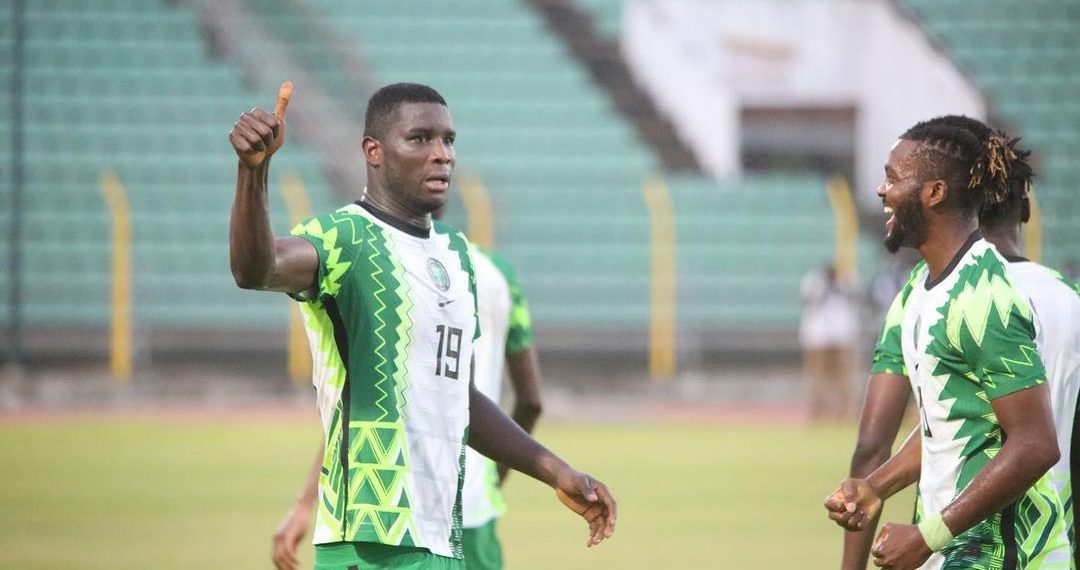 Onuachi came on as a substitute to bag the winning goal.

The Super Eagles have booked their ticket to the 2022 AFCON tournament by beating the Squirrels of Benin Republic. It was a first defeat for the Squirrels in eight years.

Paul Onuachu who came on as a second half substitute got the only goal that saw the Super Eagles cruising to a lone goal win over the Squirrels in their penultimate game in the AFCON qualifiers.

Before Saturday’s kick off at the Stade Charles de Gaulle, Porto Novo, the Super Eagles had already secured their qualification for the next AFCON in Cameroon.

This was because of the result from the other Group L tie in Maseru between Lesotho and Sierra Leone. which ended in a draw.

Nonetheless, the Super Eagles were determined to get a win against their West African neighbours.

The major shock in Nigeria’s line up was the omission of Alex Iwobi from the starting line up having tested positive for coronavirus.

The duo of Victor Osimhen and Kelechi Iheanacho were up front with support from, Wilfred Ndidi, Joe Aribo, Samuel Chukwueze and Henry Onyekuru in the midfield.

Both sides had decent chances in the first and second half but were unable to break the deadlock.

While it was looking like the game will end in a stalemate, second half substitute Onuachu popped up with the winning goal.

Onuachu who came on for Iheanacho scored with a powerful header.

The victory took the Super Eagles tally to 11 points from five games. The Nigeria national team will be up against bottom team Lesotho in three days time in Lagos.

How Nigeria can overcome insecurity, unemployment, other challenges – Tinubu