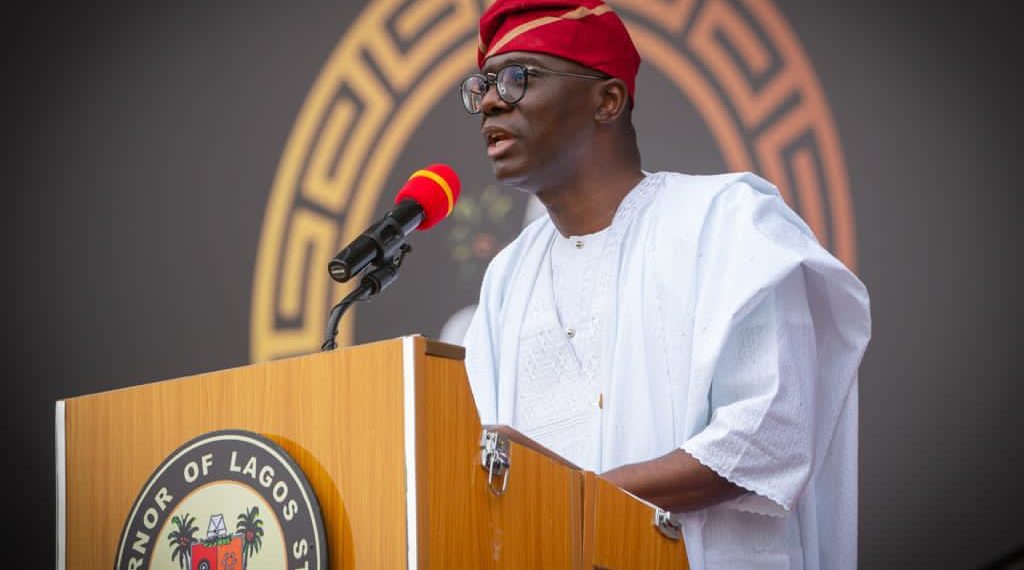 The loans were meant to be seed capital to help drive new growth in the sector in the state.

The Lagos State government gave loans totalling ₦1 billion to some tourism and hospitality sector practitioners in the state on Thursday.

The loans were meant to be seed capital to help drive new growth in the sector in the state.

The News Agency of Nigeria (NAN) reports that presentation of the loans to beneficiaries was held at the maiden edition of the Lagos Tourism, Hospitality, Arts and Culture economic summit.

The summit was organised by the Lagos State chapter of the Federation of Tourism Associations of Nigeria (FTAN) in collaboration with the state’s Ministry of Tourism, Arts and Culture.

Governor Babajide Sanwo-Olu had earlier approved the loans as seed capital for the revival of the tourism and hospitality sector and to cushion the effect of the COVID-19 pandemic on practitioners.

Secretary to Lagos State Government, Folashade Jaji, who represented Mr Sanwo-Olu at the occasion, noted that tourism and recreation contribute approximately 6 per cent to the GDP.

She said opportunities for growth which could be strengthened through collaborations between the public and private sectors still abound in the hospitality industry.

She assured members of FTAN that government would continue to leverage on meaningful partnership with the private sector towards achieving “A Greater Lagos’’ which the governor promised residents of the state.

She said government had put in place policies and strategies that would enhance the opportunities available to advance the state’s tourism potentials.

Mrs Jaji also said efforts were being put in place to discover more tourism sites and also bring existing ones to international standards.

“The synergy between government and private sector investors and entrepreneurs will ensure a steady and sustainable growth of the tourism and recreation sector in Lagos State.

“It is my privilege to inform you that UNESCO has certified Sungbo Eredo in the Epe Division as a World Heritage Site which can be developed to boost tourism potentials in Lagos State,’’ she said.

Mrs Jaji said the state government had secured 100 hectares of land to establish a film city in the state.

She urged FTAN to leverage on the platform provided by the summit to advance the tourism sector by coming up with strategies that would enhance the development of Lagos State tourism.

She also called on FTAN to provide a guide on how to domesticate tourism sites in the state and bring them to international standard.

The governor’s representative also said that with the support of main actors in the sector, government’s aim of making Lagos State the first to be reckoned with in tourism and recreation was achievable.

The theme of the summit was: “Public Private Partnership for Sustainable Growth of the Tourism, Arts and Culture Industry for a Greater Lagos’’.

Earlier in her remarks, Uzamat Akinbile-Yussuf, commissioner for tourism, arts and culture, said the state government had approved a 50 per cent rebate for practitioners in the payment of their operating license fees for year 2020.

Mrs Akinbile-Yussuf said that would help in promoting synergy with the stakeholders.

She said the presentation of cheques to the loan beneficiaries showed that the initiative was real, transparent and sincere on the part of the ministry.

The commissioner explained that applicants for the loan could receive up to N30 million depending on the nature of the organisation applying for the loan, adding that a special desk would be created in the ministry to attend to issues pertaining to the loan.

Responding, Gbenga Sunmonu, coordinator, FTAN, Lagos chapter, assured that the association would re-double its efforts to increase contributions to the state’s GDP.

He said it would also create and recreate wealth through promotion of domestic tourism and creation of volunteers for different aspects of tourism.

Mr Sunmonu explained that the summit, which focused on public-private partnership, opened discussion in areas of concerns for stakeholders with the intention of reviewing issues raised toward improving the ease of doing business in the state.

NAN reports that some of the stakeholders who spoke at the summit also advocated strong public private partnership as a needed synergy that would fast track investments into the sector and aid rapid development of key tourism sites in the state.