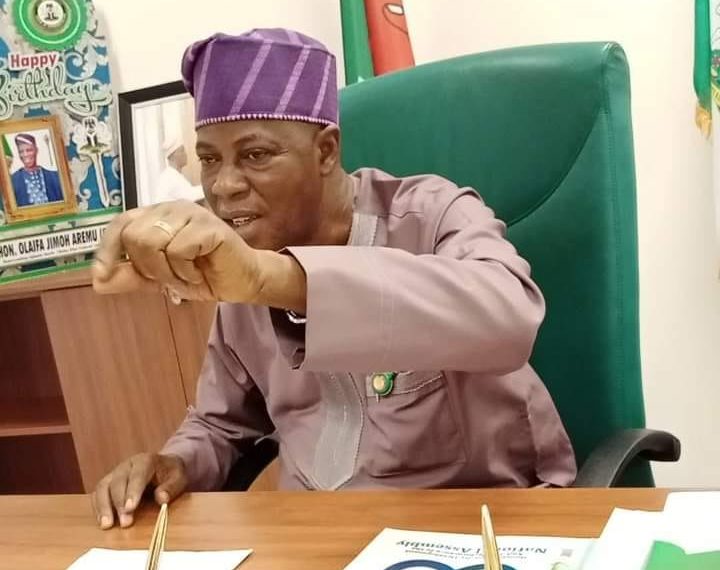 Jimoh Aremu cited "irreconcilable differences" with ADC as the reason for defecting to the ruling APC.

The lawmaker representing the Egbado North/Imeko Afon Federal Constituency of Ogun State, Jimoh Aremu, has moved from the African Democratic Congress (ADC) to the All Progressives Congress (APC).

The defection was announced by the Speaker, Femi Gbajabiamila, while reading a letter from the lawmaker on Wednesday.

Mr Aremu cited ‘irreconcilable differences’ with his political party. He added that moving to the ruling APC will ensure his constituents get the “dividend of democracy.”

“I will rather join the APC that will have my people benefit from the dividend of democracy,” he said.

The Deputy Minority Leader, Toby Okechukwu (PDP, Aninri/Awgu/Oji River Federal Constituency of Enugu State), while protesting the defection, said the reasons given for the defection were contradictory.

Mr Gbajabiamila interrupted Mr Okechukwu, and called him an interloper.

PREMIUM TIMES had reported how Mr. Gbajabiamila used the “interloper” argument in February when Peters Makinde defected to the APC.

“Are you a member of the ADC, if the answer is no, then you are a meddlesome interloper. You are not a member of that party (ADC) so you will not know what’s going on in their party,” Mr Gbajabimaila said before ruling.

Mr Aremu’s defection brings to two the number of lawmakers in the lower legislative chamber to defect to the ruling APC this year.