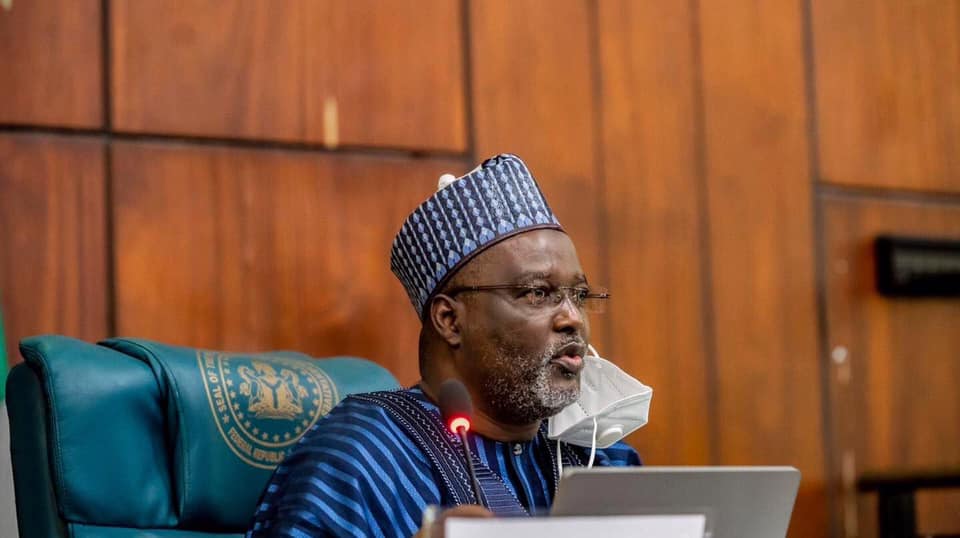 Mr Wase had sparked public outrage after a viral video showed him blocking a lawmaker from presenting a petition.

The Nigerians in Diaspora Organisation (NIDO) has threatened to withhold home remittances following the decision of the Deputy Speaker of the House of Representatives, Ahmed Wase, to block Mark Gbilah, a Benue State lawmaker, from presenting a petition by a diaspora group.

In a petition to Speaker Femi Gbajabiamila, the group demanded a full retraction of Mr Wase’s “unfortunate statement” and that Mr Gbilah be allowed to re-present his petition on behalf of the Mutual Unions of Tiv in America (MUTA) as a concerned group of Nigerians in Diaspora.

The organisation said that Mr Wase’s utterances ”rubbished 20 years of the Federal Government’s Diaspora Engagement at a time when the contributions of the Nigerians in Diaspora are highly needed and desired”.

“With Wase’s disposition, the $23 billion yearly remittances (according to World Bank records), Foreign Direct Investment (FDI), medical missions, community development programmes and professional skills transfer, amongst others, that Nigerians in Diaspora, routinely brings into the economy of Nigeria should also be seen as unwelcoming distractions and undesirable,” it said.

The embattled lawmaker has already defended his action.

The World Bank had projected diaspora remittances to Nigeria to $23 billion in 2018 and $25 billion the following year.

According to NIDIO, it is the fundamental right of the Nigerians in the Diaspora to intervene in respect of their kinsmen back home.

The organization, therefore, asked the Speaker to convene an urgent Virtual Meeting with NIDO within 14 days to address the issue and to reassure it of his full support, failing which it might be compelled ”to call out all Nigerians in Diaspora to withhold further home remittances with immediate effect”.

Mr Wase had sparked public outrage after a viral video showed him blocking Mr Gbilah, a lawmaker representing Gwer East/Gwer West constituency in Benue State, from presenting a petition by MUTA “because the petitioners were faceless and based outside the shores of Nigeria.”

In the petition, Mr Gbilah attempted to present MUTA concerns over the plight of the Tiv people whose ancestral lands had been taken over by killer herdsmen and have been in Internally Displaced Persons (IDP) camps for years.

Mr Wase has, however, described the video as “doctored, slanted and bent to give political and ethnic colouration to an event that was otherwise strictly based on parliamentary procedures”.