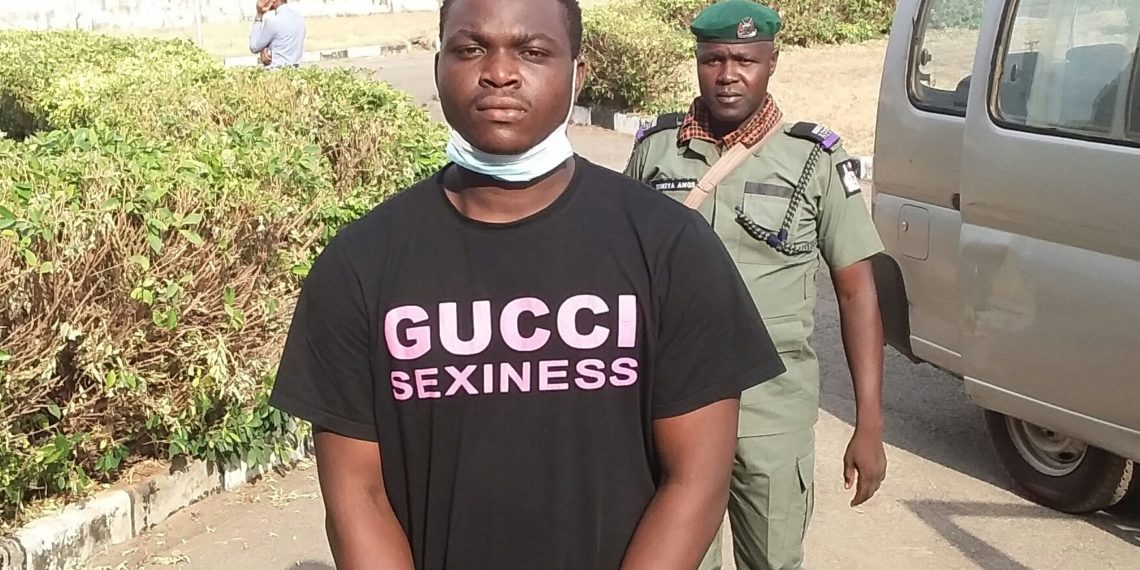 The court also ordered the convict to pay N257, 500 to his victim as restitution.

A statement by the EFCC’s spokesperson, Wilson Uwujaren, said the trial judge, Mobolaji Olajuwon, sentenced him to six months’ imprisonment with an option of N50,000 fine.

The judge also ordered the convict to pay the sum of N257, 500 to his victim as restitution.

The judge passed the judgment after the convict pleaded guilty to one count of obtaining N257,500 from Otokpa Joseph Orinya as payment for cryptocurrency.

The charge reads, “That you, Victor Chinemerem Ogaraku, sometime in November 2020, in Makurdi, within the jurisdiction of the Honourable Court, with intent to defraud, did obtain the aggregate sum of N257,500 from one Otokpa Joseph Orinya as payment for cryptocurrency, under the pretence that you have same for sale, which you knew was false and thereby committed an offence contrary to Section 1 (1)(a) and punishable under Section 1 (3) of the Advance Fee Fraud and Other Fraud Related Offences Act, 2006.”

When the charge was read to him, the defendant pleaded ‘guilty’, prompting the prosecuting counsel, George Chia-Yakua, to ask the court to convict him accordingly.

“When the charge was read to him, the defendant pleaded ‘guilty’, prompting the prosecuting counsel, George Chia-Yakua, to ask the court to convict him accordingly,” the EFCC’s statement added.

The Central Bank of Nigeria (CBN) recently barred banks and other financial institutions from dealing in cryptocurrency.