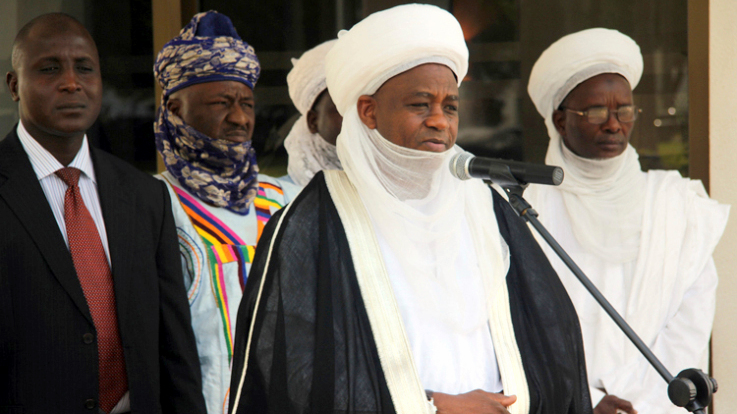 The Sultan Abubakar Saad-led JNI says the debate will give undue publicity to Abduljabbar.

The Sultan Abubakar Saad-led JNI says the debate will give undue publicity to Abduljabbar.

The Jama’atu Nasril Islam (JNI) on Wednesday said its members would not participate in the planned debate with controversial preacher, Abduljabbar Kabara.

The JNI made its position known in a statement signed by its Secretary General, Khalid Aliyu, and emailed to PREMIUM TIMES.

The Kano State Government is organising a debate between the controversial cleric and other islamic scholars in the state.

The controversial preacher, Abduljabbar, has consistently demanded a debate between him and other Islamic scholars who frequently accused him of destroying Islam with his preachings.

The preacher who maintains anti-Sunni stance in his lectures, has been vilified by scholars from other Muslim sects for “blasphemous statements against the Prophet and his way of life.”

Described as “Amirul wa’izina” (leader of the preachers) by his numerous followers, Abduljabbar once questioned the authenticity of six hadiths and the existence of their narrators.

He has consistently accused other scholars of avoiding to engage him in a debate concerning his positions on Islam and called on Kano State Government to organise one instead of vilifying him.

The Kano Government recently banned him from preaching while his mosque was shut down.

NO ENGAGEMENT WITH ABDULJABBAR

The JNI in its statement said it would not participate in the planned debate, neither would any of its members nationwide.

It also urged other clerics planning to attend to have a rethink as there was nothing worth debating with Abduljabbar.

The group also said if the Kano State Government had consulted the invited clerics, the idea of the debate would not have been conceived in the first place.

The JNI said, “Jama’atu Nasril Islam (JNI) under the leadership of its President-General, His Eminence, Alhaji Muhammad Sa’ad Abubakar, CFR, mni, the Sultan of Sokoto reiterates its total condemnation of the blasphemous utterances of AbdulJabbar of Kano against the personality of our most revered Prophet, Muhammad (SWA), his pious family members and dedicated companions, may Allah be pleased with them.

“JNI will never wither or relent in its quest for an organized, Godly, sane as well as a just society. We will never be compromised or deterred!

“At the beginning of this imbroglio, we commended the Kano state Government for the step it has taken to avert calamity on the land and prevent break down of law and order. We equally expected that the Government will consult widely on the way forward as this problem is not only restricted to Kano state; its a National or rather global phenomenon that affects every true practicing Muslim.

“It appears that the issue is blown out of proportion by giving it undue publicity by the Government and individuals thereby making a hero out of a cowardly and disrespectful act on the most distinguished of Allah’s creatures, Prophet Muhammad (PBUH). Abdul-Jabbar does not deserve the kind of publicity and attention accorded him since the break of this act of indignity.

“JNI based on most jurisprudential deductions feels that it’s not even proper to debate with Abdul-Jabbar as someone who openly blasphemes against the noble Prophet (SAW). His fate is sealed Islamically; there’s no point giving him additional opportunity and coverage to further spew his ungodly past-time to the world.”

“Had the Kano state Government consult most of the notable personalities invited (or expected) to grace the planned debate, the above stated pitfalls would have been avoided.”

“Therefore, JNI hereby declares that it was not privy to any of the steps so far taken hence it will not attend the planned debate and neither would any of its branches participate therein.”