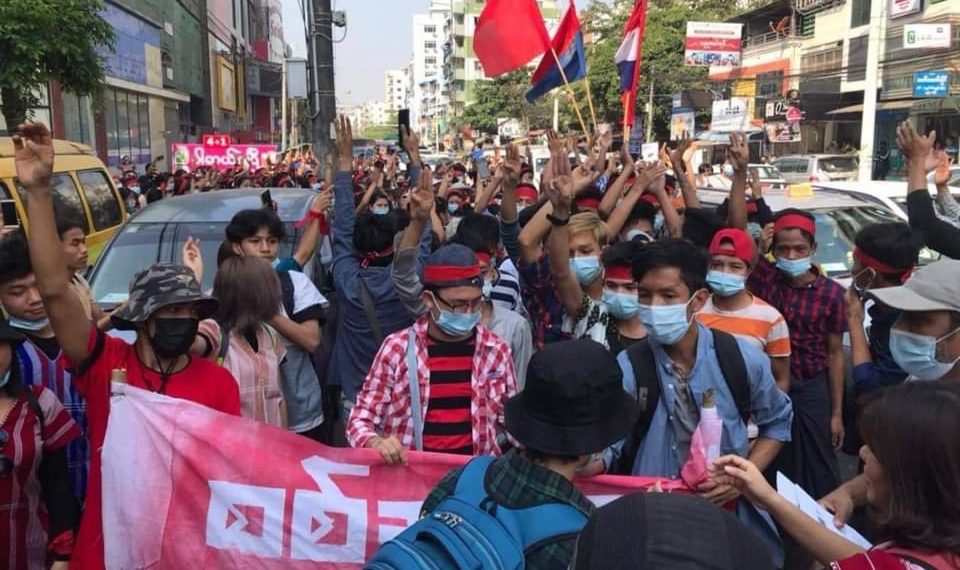 At least 38 people died in Myanmar on Wednesday, according to the United Nations.

Defiant anti-coup protesters returned to cities and towns across Myanmar on Thursday after dozens of people were killed on the deadliest day of the junta’s crackdown, with global powers condemning the “brutal violence”.

At least 38 people died on Wednesday, according to the United Nations, when online images streamed out of Myanmar showing security forces firing into crowds and blood-covered bodies of protesters with bullet wounds in their heads.

Myanmar’s military staged its coup on February 1, ending a decade-long experiment with democracy and triggering a mass uprising that the junta has increasingly sought to quash with lethal force.

“We call on all countries to speak with one voice to condemn the brutal violence by the Burmese military against its own people,” he said, referring to the country by its former name.

French President Emmanuel Macron called for an “immediate end of the repression in Myanmar”.

More than 50 people have been killed since the military takeover, UN envoy to Myanmar Christine Schraner Burgener told reporters.

On Thursday, protesters hit the streets again in Yangon and Mandalay, the nation’s two biggest cities, as well as other towns that have been hotspots for unrest.

“It’s dangerous to be here after about 9:30am. They are shooting in the streets,” one food vendor in Yangon told AFP on Thursday morning.

In a district where protests have occurred almost daily in Yangon, the protesters had built barriers with old tires, bricks, sandbags, bamboo and barbed wire.

The junta has sought to hide its crackdown from the rest of the world, choking the internet and banning Facebook — the most popular social media platform.

Six journalists were also arrested on the weekend and charged under a law prohibiting “causing fear, spreading false news, or agitating directly or indirectly a government employee”, according to their lawyer Tin Zar Oo.

Among them was Associated Press photographer Thein Zaw, who was arrested Saturday as he covered an anti-coup demonstration in Yangon. Video emerged on Wednesday of him being held in a chokehold by police as he was handcuffed.

However protesters, citizen journalists and some media groups have continued to send images out of Myanmar, and on Thursday the funeral of a 19-year-old woman killed in Mandalay was streamed live on Facebook.

The victim, Ma Kyay Sin, had been wearing a t-shirt emblazoned with ‘Everything will be OK’ in big letters on the front when she was shot in the head.

Security forces have arrested nearly 1,500 people since the start of the coup, with 1,200 of them still in detention, according to the Assistance Association for Political Prisoners (AAPP) monitoring group.

The group said it had documented more than 50 deaths, as it detailed teenagers and people aged in their 20s who had been shot in the head and chest.

One of the first people detained at the start of the coup was Aung San Suu Kyi, the head of the civilian government and a heroine for most people in Myanmar for leading the resistance against the previous dictatorship.

The junta justified its coup by making unfounded allegations that Suu Kyi’s party rigged the election.

Suu Kyi, 75, is reportedly being detained in Naypyidaw, the isolated capital that the military built during its previous, decades-long dictatorship.

France 24 is Premium Times syndication partners. We have permission to republish.

Blood on Uniforms (2): No justice for inmates killed by Nigerian prison officials