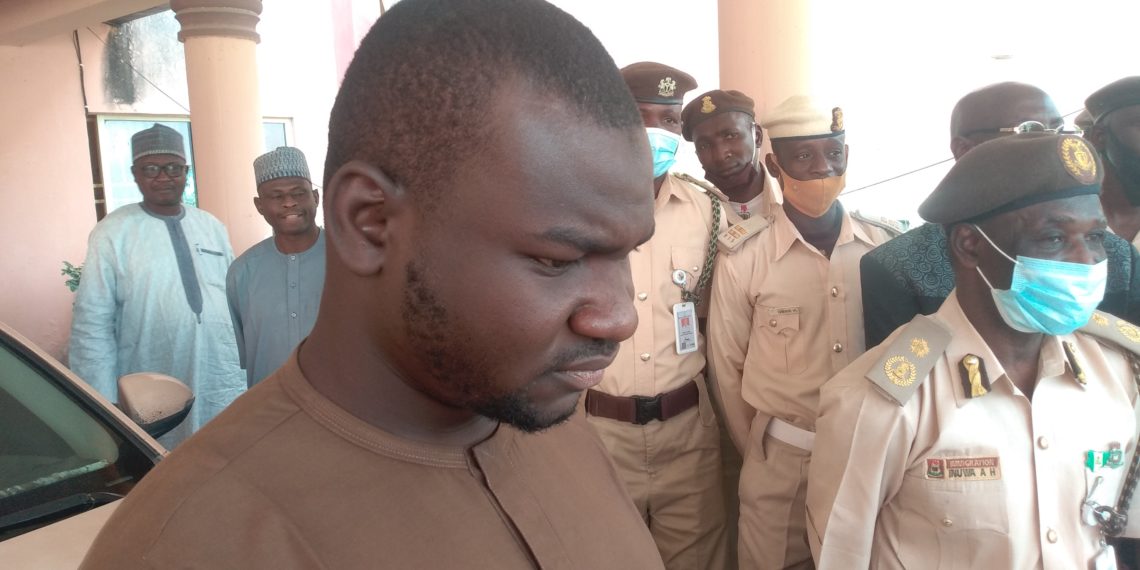 Mohammed Babaji allegedly paraded himself as a younger brother to the NIS comptroller-general.

The Nigerian Immigration Service (NIS) on Wednesday in Jigawa arrested a 25-year old man allegedly posing as a brother of its Comptroller-General, Mohammed Babandede, who was promising residents of the state employment into the agency.

The state’s comptroller of Immigration, Ismail Aliyu, said Mohammed Babaji, a resident of Bayi quarters in Hadejia LGA, was arrested while parading himself as a younger brother to Mr Babandede, ”collecting the credentials of job seekers and promising them jobs”.

He said the suspect used a pseudo name, Baffa Babandede, ”and attempted to defraud the chairman of Birniwa Local Government Area in Jigawa before his arrest on Wednesday”.

The NIS official said Mr Babaji told the council chairman that Mr Babandede directed him to collect the curriculum vitae of three interested persons for employment into the Immigration service.

“The council chairman became suspicious and called the Comptroller-General who hails from the region to verify if he had indeed sent the person. He denied and directed for the immediate arrest of the culprit,” Mr Aliyu narrated.

Parading the suspect, Mr Aliyu said the man confessed that he was previously jailed for fraud.

He said the suspect ”had been targeting vulnerable residents, claiming to be an agent that would provide employments opportunities for them and promising others chieftaincy titles in the Hadejia Emirate”.

Meanwhile, while responding to questions, the suspect said he is an habitual fraudster.

“Defrauding people is my destiny in life, I have been doing so for long. I have also duped a member of the House of Representatives and others, promising them chieftaincy or employment opportunities,” the suspect told reporters.