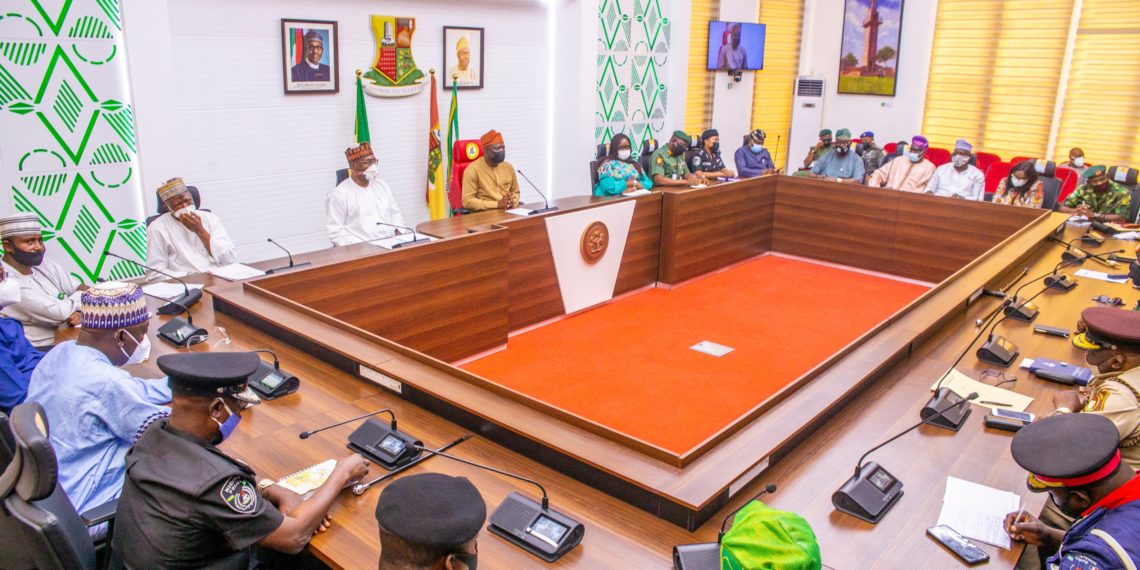 The meeting held to address the security challenges between farmers and herdsmen in Oyo and the influx of displaced herdsmen into Kwara.

Governor AbdulRahman AbdulRazaq of Kwara State on Tuesday led a delegation of state officials and traditional rulers to Ibadan for a joint security meeting with his Oyo State counterpart, Seyi Makinde.

The meeting held to address the security challenges between farmers and herdsmen in Oyo and the influx of displaced herdsmen into Kwara.

They discussed the need for the two states to share intelligence and find lasting solutions to security menace across border communities.

PREMIUM TIMES gathered that the states agreed that they have to collaborate and devise ways to tackle security challenges and foster economic cooperations without relying on the federal government.

Giving an update on the meeting on his Twitter handle, Mr Makinde said: “This afternoon, we held a joint security meeting with His Excellency @RealAARahman, Gov of Kwara State, heads of security agencies and traditional rulers from both Oyo and Kwara states. We commended the security agencies for their efforts so far and encouraged them to do more.

“We agreed to set up a working team in the next few days for both Oyo and Kwara states to address security issues including the displacement of some residents of Igangan to Kwara State. 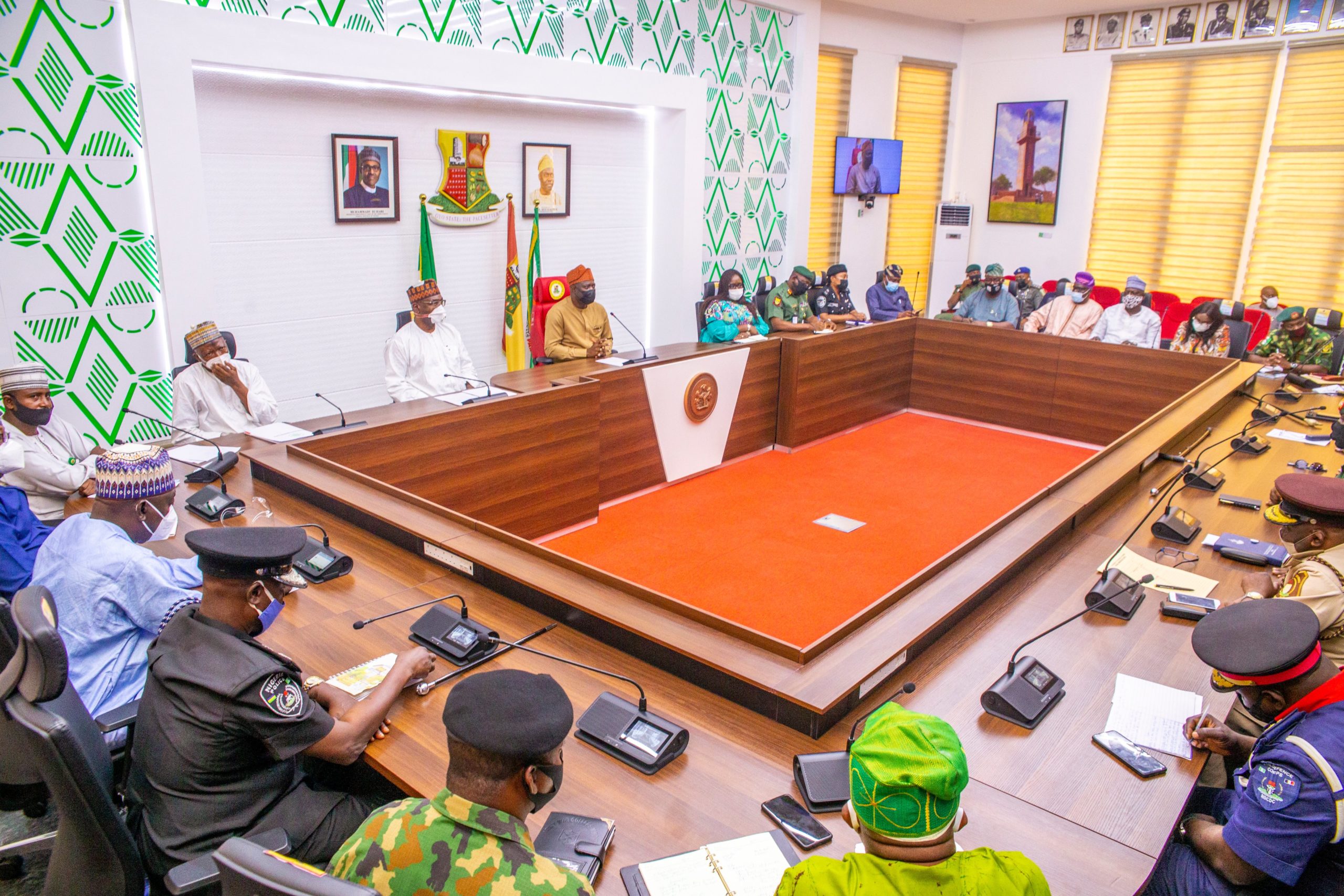 “We resolved that the traditional rulers in both states would be involved in our intelligence gathering efforts by disclosing information to the security agencies to enable us stay on top of the security situation.

“We also agreed that the National Livestock Transformation Plan which is already being implemented in Kwara State would be implemented in Oyo State leading to further collaborations between both states on economy and security.” 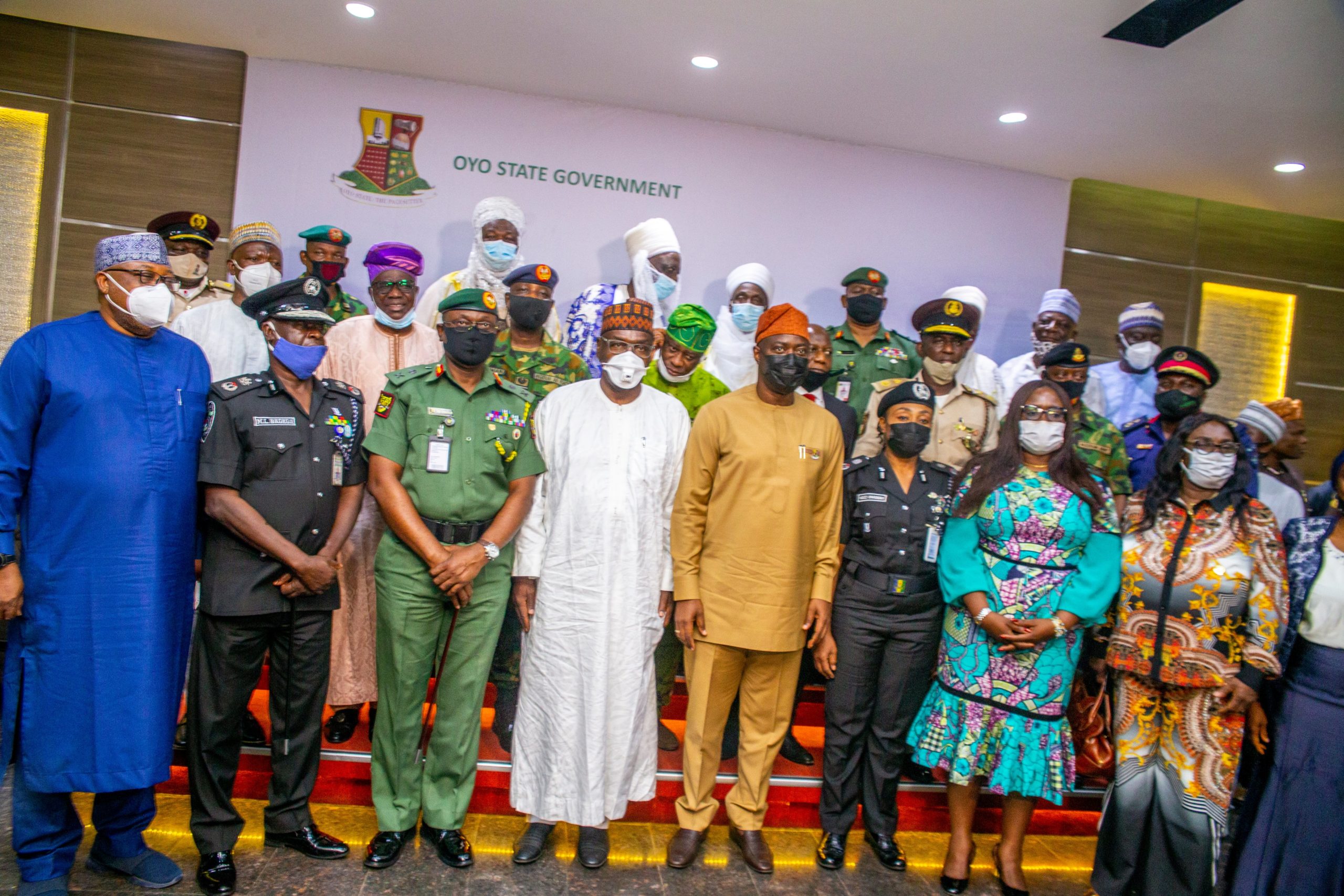