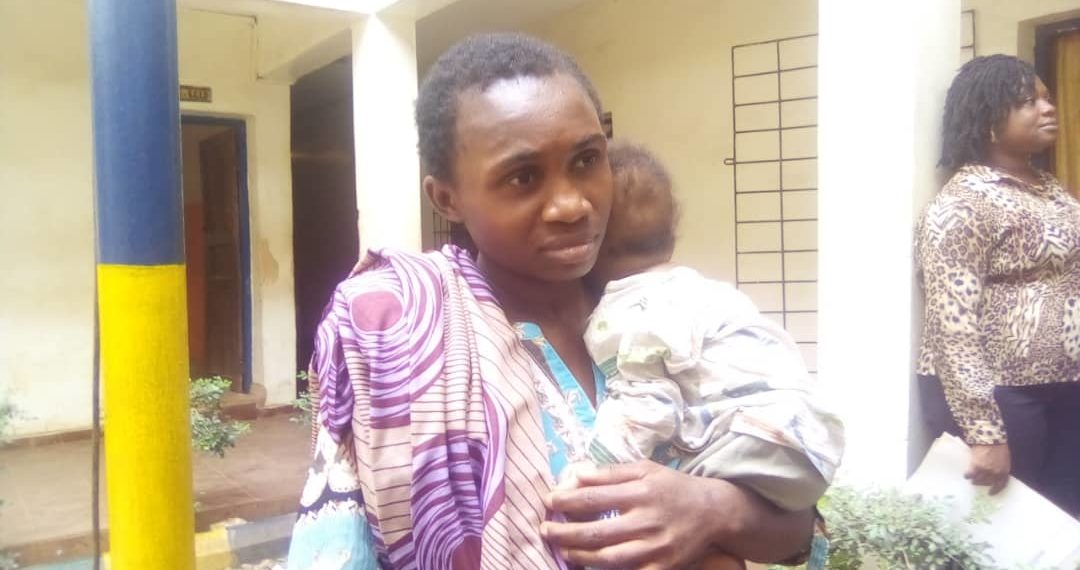 Police arrest woman for trying to sell own baby for N40, 000

Despite her arrest, the woman insists she would sell the child to raise money to start selling drinks.

The police in Ebonyi State on Tuesday detained a woman believed to be a commercial sex worker for allegedly trying to sell her baby for N40,000.

The woman has been identified as Victoria Chukwube, 32.

The four-month-old boy was still breastfeeding.

The woman said she wanted to sell the child to raise money to start a business of selling drinks.

The police spokesperson in Ebonyi, Loveth Odah, while parading the suspect, said she was arrested following a tip off.

“So her name is Chukwube Victoria, she told us she is a commercial sex hawker and that she has this baby which she carrying.

“She said if she leaves here she would continue to look out for prospective buyers.

“But we tried to talk to her and to make her see the value of being a mother, but she refused.

“She even told us that if we allow her to go home with the baby she will throw the baby away and that she can’t tell who got her pregnant,” Ms Odah, a deputy superintendent of police, said.

Ms Chukwube, during interrogation, refused to disclose her state of origin or local government. She said she did not have the financial ability to take care of the child.

“I am from Nigeria, 32 years old, a commercial sex hawker and my baby is just four months old.

“I want to sell the baby at the rate of N40,000 to start up a business. I have a fridge and I reside at Ogbe Hausa in Abakaliki,” she said.

Meanwhile, police in the state have arrested a suspected armed robber, Obinna Obike.

The suspect, according to the police, was part of a three-man armed gang which robbed a cargo bus along the Amasiri-Okigwe Highway.

“The operatives arrested the suspect, following a robbery incident which took place along Amasiri-Okigwe Expressway by Oso-edda in Afikpo South Local Government Area of the state on the 13 February 2021.

“The three-man gang, dressed on Nigerian military camouflage, accosted a bus driver, tied him down and robbed him of the said bus loaded with goods worth millions of naira. The hoodlums diverted the goods to an unknown destination,” Ms Odah said.

Following a report by the driver of the bus, police operatives trailed the suspected robbers to their hideout where the suspect was arrested, while two others escaped.

Ms Odah said the suspect has confessed to the crime and admitted that the camouflage belonged to their gang leader popularly known as “Iron” who is still at large.