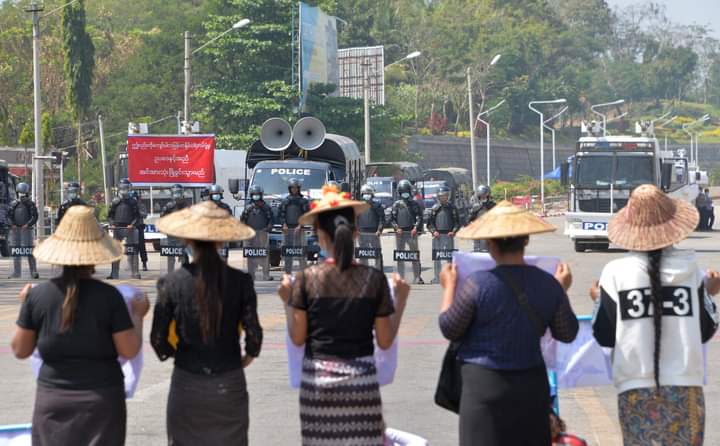 The junta that seized power has plunged the country into two consecutive overnight internet blackouts, as it attempts to extinguish popular resistance to its rule.

For the past two nights, Kyaw Soe has felt a knot in his stomach as he imagines family members, friends and colleagues swept up in night-time raids, increasingly common since Myanmar’s military coup of February 1.

His calls on local networks will not go through, and he cannot find out if they are safe until restrictions are lifted in the morning.

“I can’t sleep well, or eat either,” said Kyaw Soe, a local journalist who is in hiding and using a pseudonym for fear of being arrested himself. “I just have to give up and wait.”

The junta that seized power has plunged the country into two consecutive overnight internet blackouts, as it attempts to extinguish popular resistance to its rule.

With communications restricted — some are unable to access mobile data or home Wi-Fi, while others say they have been completely disconnected — arrest raids and troublemaking by thugs has reportedly escalated, terrorising neighbourhoods.

Even before the blackouts, residents began patrolling their streets in shifts after sunset, defying the junta’s 8 p.m. curfew to fend off violence or detentions.

“They take advantage of the internet blackout,” said Khin Su, a teacher who has joined an impromptu neighbourhood watch on the outskirts of Mandalay, Myanmar’s second-largest city, and is also using a pseudonym.

She said she had seen people in military lorries and ambulances stalking the streets near her home.

Four nights in a row, she has stood guard and said that “action” intensified during the 1 am to 9 a.m. outages.

“In the morning, we shared information between our neighbourhoods,” she told AFP. “The first night of the cut-off, arrest raids increased.”

Residents were able to intercede, however, preventing anyone from being hauled away.

But not everyone has been so lucky.

More than 420 people have been arrested since the coup, according to the Assistance Association for Political Prisoners monitoring group. That includes civilian leader Aung San Suu Kyi and deposed president Win Myint. Both have not been seen in public since they were detained in pre-dawn raids on February 1.

The military’s ouster of the democratically elected government has galvanised a tremendous backlash with nationwide protests, a nightly campaign of banging pots and pans and strikes of factory workers, bankers, civil servants and even police officers.

In response, security forces have reverted to draconian methods of quelling dissent. Armoured vehicles now roll through the streets in daylight, while many claim recently freed prisoners are being sent into communities to sow havoc.

“We are scared of what they will do at night after shutting down the internet,” says Win Tun, 44.

For some, the renewed isolation recalls the dark days of the previous junta, which kept the country diplomatically and economically siloed for nearly half a century until 2011.

Others, like Kyaw Soe, have taken to buying foreign sim cards to circumvent the communications blockade. While he can get online, he still cannot always connect with loved ones.

“For everyone in the country, it is a fearful time ahead,” he said.