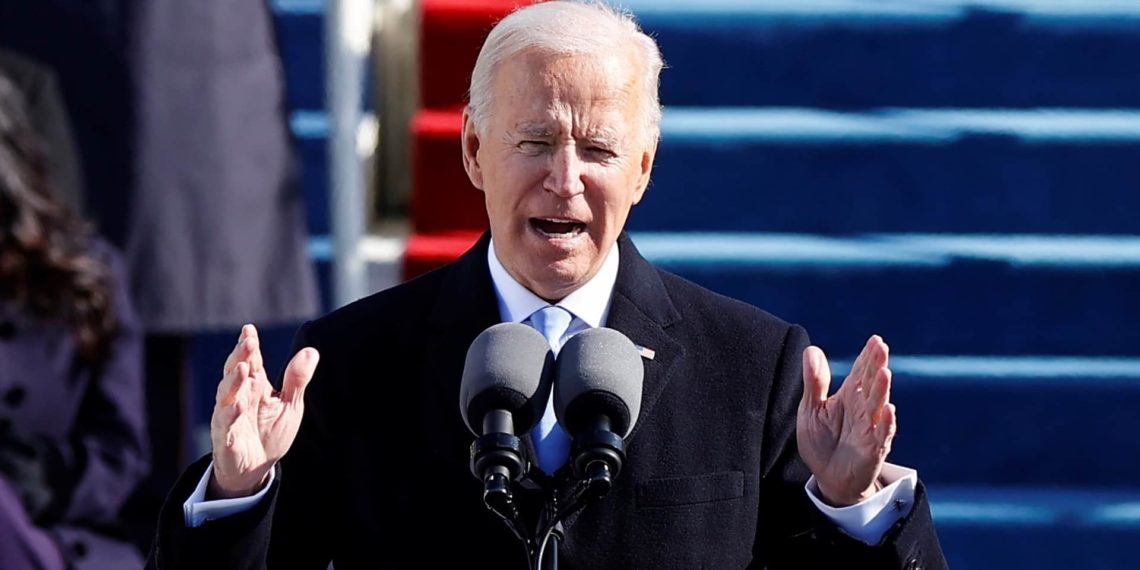 ‘America is back’: Biden signals break from Trump in first diplomatic speech

U.S. President Joe Biden on Thursday promised a new era after the scattershot foreign policy of his predecessor, Donald Trump.

U.S. President Joe Biden on Thursday promised a new era after the scattershot foreign policy of his predecessor, Donald Trump, declaring “America is back” on the global stage in his first diplomatic address as president.

In his speech, Biden signalled aggressive approaches to China and Russia, urged Myanmar’s military leaders to halt their coup, and declared an end to U.S. support for a Saudi Arabia-led military campaign in Yemen.

“American leadership must meet this new moment of advancing authoritarianism, including the growing ambitions of China to rival the United States and the determination of Russia to damage and disrupt our democracy. We must meet the new moment … accelerating global challenges from the pandemic to the climate crisis to nuclear proliferation,” said Biden.

Trump angered European and Asian leaders with tariffs, the fracturing of global alliances, and threats to withdraw U.S. troops. He did little to push back against a wave of authoritarianism in some countries.

Biden’s speech on Thursday was a full-throated attempt to vanquish those doubts, and convince Americans of the value of a forceful international approach.

“Investing in our diplomacy isn’t something we do just because it’s the right thing to do for the world,” he said. “We do it in order to live in peace, security and prosperity. We do it because it’s in our own naked self-interest.”
Biden’s choice of the State Department as a venue for his first big diplomatic address was an important symbol of the value he places in career diplomats, who Trump largely saw as opponents.

“American alliances are our greatest asset. And leading with diplomacy means standing shoulder to shoulder with our allies and key partners once again,” Biden said.

Biden in his early days has attempted to repair what he has called the damage to America’s standing around the world, rolling back Trump policies. He is working to revive the Iran deal, and renewed U.S. membership in the Paris accord and the World Health Organization.

“I made it clear to President Putin, in a manner very different from my predecessor, that the days of the United States rolling over in the face of Russia’s aggressive actions, interfering with our elections, cyberattacks, poisoning its citizens, are over,” he said.

Trump had initially sought a warm relationship with Chinese President Xi Jinping but differences over trade, Hong Kong and what the U.S. military calls Beijing’s destabilising and aggressive behaviour in the South China Sea prompted a rift.

China, which is expanding its military and working to grow its influence around the world, is perhaps Biden’s biggest international challenge as he begins his presidency. He called Beijing “our most serious competitor.”

“We’ll confront China’s economic abuses, counter its aggressive, coercive action to push back on China’s attack on human rights, intellectual property and global governance. But we’re ready to work with Beijing when it’s in America’s interest to do so,” he said.

Not all U.S. allies may be happy at the sharp turn in U.S. foreign policy, including Poland, where Trump once pledged to deploy U.S. troops or a host of nations that have criticised heavy-handed intervention by Washington in the past.

“We are a country that does big things. American diplomacy makes it happen and our administration is ready to take up the mantle and lead once again,” Biden said.