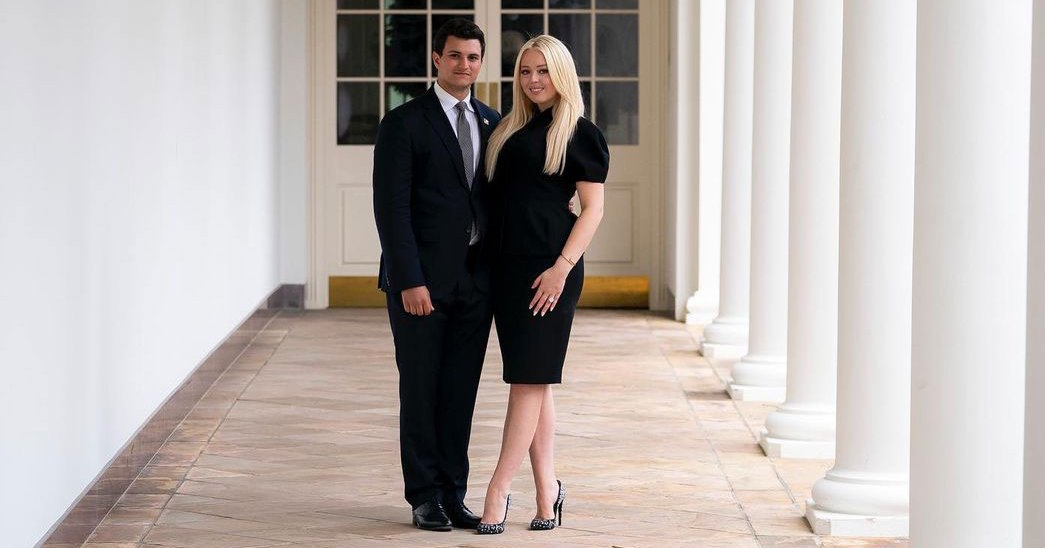 Tiffany Trump announces her engagement to her boyfriend, Michael Boulus, on Instagram on Wednesday.

Boulos popped the question to Tiffany, who is an internet celebrity, with a 13-carat emerald-cut diamond from Dubai said to be worth $1.2 million.

Ms Tifanny, 27, broke the news on her official Instagram handle on Tuesday alongside a photo of them.

In the photo, the outgoing president of America’s daughter is clad in a black dress as she struck a pose with her beau.

“It has been an honour to celebrate many milestones, historic occasions and create memories with my family here at the White House, none more special than my engagement to my amazing fiancé Michael! Feeling blessed and excited for the next chapter!” her caption read.

Mr Boulos responded to his fiancee’s post in the comments, writing, “Love you, honey”.

He then proceeded to also announce their engagement on his Instagram page.

“Got engaged to the love of my life! Looking forward to our next chapter together,” he captioned the photo.

They were photographed together for the first time in September 2018 at the Taoray Wang fashion show in New York City.

Who is Micheal Boulos?

Mr Boulus, who has been described as a “billionaire heir” by Vanity Fair magazine, is of Lebanese and French descent.

He was raised in Lagos and is a naturalised Nigerian.

His father, Massad, is the Chief Executive Officer of SCOA Nigeria while his mother, Sarah, is the founder of the Society for the Performing Arts in Nigeria.

His family moved to Lagos when he was an infant.

He attended the American International School of Lagos in Nigeria before proceeding to London, where he obtained his Bachelor of Arts in Global Business Management from Regent’s University in 2018.

He also bagged a master’s degree in Project Management, Finance, and Risk at City, at the University of London in 2019.

Mr Boulus has been the associate director of SCOA Nigeria since 2016, the director of Fadoul Group since 2019, and the business development manager of Royalton Investment since 2019.

He has three siblings with the most popular being Fares, a Nigerian-based actor and rapper who is known for his YouTube channel, Farastafari.

He released his debut single, ‘One Day’ in 2012. It was produced by Cobhams Asuquo.