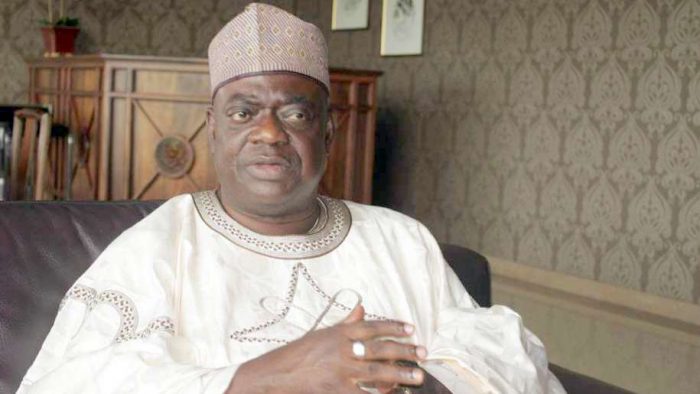 The ex-chief judge had reassigned the case to another judge in June 2019, barely one month to the end of his tenure.

A judge of the Federal High Court in Abuja, Inyang Ekwo, on Monday ordered the Chief Judge of the court to return the case file of a former Niger State governor, Babangida Aliyu, to the judge that was handling the N1.9 billion fraud case before it was withdrawn from him in 2019.

The immediate-past chief judge of the court, Adamu Abdu-Kafarati, had in June 2019 withdrawn the case from Yellim Bogoro and reassigned it to Aliyu Bappa.

Both judges sit at the division of the court in Minna, the Niger State capital.

Mr Abdu-Kafarati’s decision to reassign the case was based on a petition by the Economic and Financial Crimes Commission (EFCC), asking for the transfer of the case from Mr Bogoro, even though the agency had as of then presented 10 prosecution witnesses before the judge.

Mr Aliyu filed a suit before Mr Ekwo to challenge the decision of the then Chief Judge.

Delivering judgment on Monday, Mr Ekwo ruled that Mr Abdu-Kafarati acted in breach of Section 98(2) of the Administration of Criminal Justice Act (ACJA) 2015 when he re-assigned the case.

This he said was odd after EFCC had called 10 witnesses in the matter and tendered many documents as exhibits.

Mr Ekwo held that the judge acted beyond his administrative powers.

He ruled, “This case is not predicated on the administrative power of the Chief Judge under the rules of this court.

“This is a statutory matter whereby the provisions of the law, the power of the Chief Judge to transfer a case, is curtailed.

“Where power is curtailed by statute and it is exceeded, review of such act by certiorari becomes inevitable.

“It is my opinion that order certiorari must be made in this circumstance where evidence has clearly demonstrated that a quasi-judicial function of a Chief Judge has been exercised in excess of statutory authority, and I so hold.

“As it is, I find merit in the case of the plaintiff and I enter judgment.”

He said, “the purported transfer or re-assignment of the charge to Justice Bappa to commence de-novo (afresh), is ultra vires the powers of the Chief Judge and therefore null and void”.

He said the EFCC’s February 21, 2019 petition submitted to the Chief Judge, “failed to meet the requirement of Section 98(3) and 98(4) of the ACJA, 2015, as a basis for justifying the transfer of the criminal case with Charge No. FHC/ABJ/CR/71/2017, from Justice Yellim Bogoro to Justice Aliyu Bappa”.

He then ordered the current Chief Judge, John Tsoho, ”to recall the case file from Mr Bappa and return it to Mr Bogoro to continue and conclude the case”.

He also issued “an order directing Justice Bogoro to complete the trial, having heard 10 prosecution witnesses”.

Mr Abdu-Kafarati reassigned the case to another judge in June 2019 which was barely one month to the end of his tenure as the Chief Judge of the Federal High Court.

The EFCC is prosecuting the ex-governor of Niger State alongside his then Chief of Staff and governorship candidate of the Peoples Democratic Party (PDP) in the state, Umar Gado Nasko, on eight counts of money laundering.

The agency accused the defendants of diverting about N1.9 billion released to the state government by the Federal Government in 2014.

The defendants were initially arraigned in 2017 before Nnamdi Dimgba of the Abuja Division of the Federal High Court.

Following a request by Mr Aliyu, the judge ordered the transfer of the case to the Minna Division, which was adjourned to have the territorial jurisdiction to hear the case.

The case was assigned to Mr Bogoro in Minna and the defendants were re-arraigned before the new judge on November 16, 2017.

The prosecution had called 10 witnesses and tendered exhibits when the then Chief Judge of the court then withdrew the case file from Mr Bogoro in June 2019.

How funds were diverted under ex-NAF chief’s watch — Witness