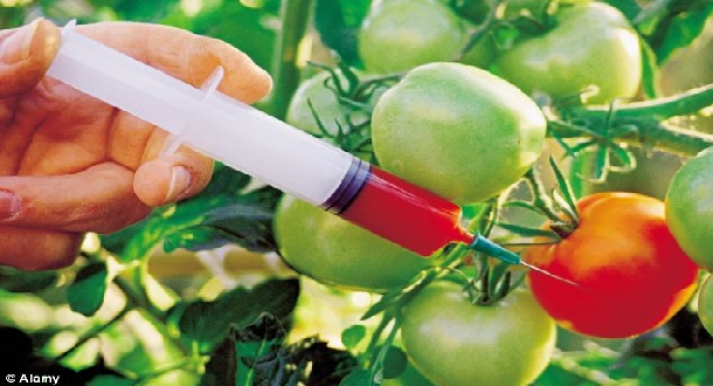 The director-general said that other African countries looked up to Nigeria for leadership in biosafety issues.

The National Biosafety Management Agency (NBMA) says only Genetically Modified Organisms (GMOs) that are safe will be allowed into Nigeria.

The agency’s Director-General, Rufus Ebegba, made this known at the End of the Year Media Chat in Abuja on Wednesday.

Mr Ebegba said this was in line with the Federal Government’s commitment to the safe use and deployment of GMOs in the country.

“We want to assure Nigerians that the agency will do what it takes to ensure that only GMOs that are safe will be allowed into Nigeria.

“We want to advise strongly against anyone that may want to introduce GMOs into the Nigerian market or environment without the approval of the agency.

“Biosafety permit is required before you can deal with modern biotechnology and also release its products which are genetically modified.

“We are aware of the importation of grains which are genetically modified.

“We have granted some permits and we are monitoring the trends to ensure that there are no attempts by anybody or company to bring in these products without approval,” he said.

Mr Ebegba said that an annual nationwide survey and surveillance was conducted by the agency to monitor GMOs and GM product that had permit from the agency for trial.

He said the consequences of unregulated practice of modern biotechnology and use of GM products include: threat to natural security, misapplication, lack of protection for farmers and farming systems and a lack of confidence in the sector.

The director-general, however, said that there were several economic benefits to be derived from the activities of the agency through the safe use of modern biotechnology.

He listed them to include: improved and increased productivity in the agriculture sector that would lead to improved socioeconomic status of Nigerian farmers and enhanced national economic prosperity.

He said the agency had been able to ensure the risks to human health from modern biotechnology practice and dumping of unauthorised GMOs into Nigeria had been reduced to the barest minimum.

The director-general said that the agency was also ensuring biosecurity.

“The impact of biothreat is evident in the catastrophic impact of COVID-19 pandemic globally; hence, the Nigerian Government, through the agency, has put in place world-class system.

“This system is to protect the interest of Nigerians and the environment in the application of modern biotechnology, which is a panacea for climate change and combating emerging infectious diseases as well as ensuring biosecurity,” he said.

Mr Ebegba said that Nigeria was benefitting from the safe modern biotechnology under a legal framework for economic growth, improved agriculture, jobs and wealth creation, industrial growth and sustainable environment, as operators now had confidence in the sector.

He said all these were efforts by the Federal Government to ensure the safe use of GMOs and to tap into the economic benefit that came with its use.

The director-general said that other African countries looked up to Nigeria for leadership in biosafety issues. (NAN)

None of you will be allowed to operate from Maiduguri, Borno governor tells newly elected council chairmen