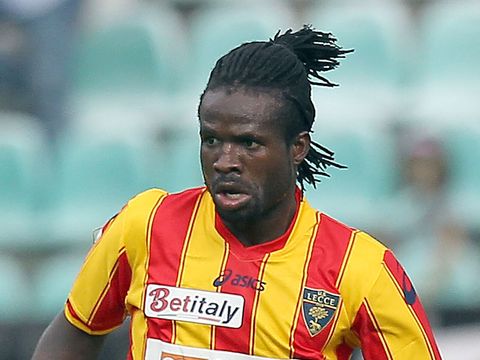 The former national team midfielder, capped 21 times, was first abducted on June 9, 2012, on his way to church.

Former Super Eagles midfielder, Christian Obodo, has revealed yet another kidnapping incident after his first ordeal in 2012.

The 36-year-old, who retired in 2017, told Brila FM, “It was really discomforting; being locked up four hours in the car boot and in the heat.

“The kidnappers were even telling me about how they lost money for placing bets on Nigeria to score in the second half.”

The former national team midfielder, capped 21 times, was first abducted on June 9, 2012, on his way to church. The second ordeal occurred on another Sunday, November 15.

Obodo continued, “They didn’t hurt me or intimidate me because honestly, I can’t understand the reason for anyone to want to put me through this sort of thing over again.” He thus said he could move out of Nigeria because of the trauma he has had to pass through during the two kidnapping ordeals.

Obodo spent most of his professional football career in Italy, where he turned out for Perugia, Fiorentina, Udinese, Torino, Lecce between 2001 and 2012. He retired from football after playing for Greek club, Apollon Smyrnis in 2017.