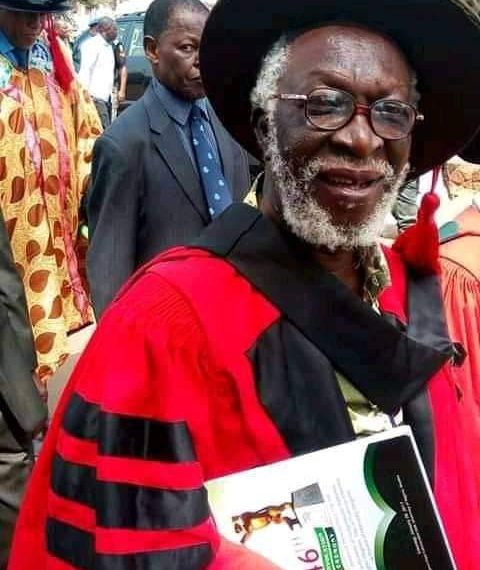 Mr Oloidi, who specialised in art history and art criticism, died on Monday, the dean, Faculty of Arts, in UNN, Boniface Mbah, said.

Ola Oloidi, a professor emeritus in the department of Fine and Applied Arts, University of Nigeria, Nsukka (UNN), is dead.

“It’s a great loss to the entire university,” said Mr Mbah, a professor of Linguistics.

Mr Oloidi was said to have contributed immensely to the development of art history in Nigeria.

Mr Oloidi studied at the Yaba College of Technology, Lagos, where he had his art diploma in 1969 and later went to Howard University, Washington D.C, United States, where he had his Bachelor of Fine Arts and Master of Arts degrees in 1973 and 1974 respectively, according to his profile on the UNN website.

“He (Mr Oloidi) has solely supervised and produced 30 Ph.D. and 32 M.A. students in Art History,” the university said on its website.

“Before Professor Ola Oloidi became an Acting Head of Department in 1992, and in fact, since the end of the Civil War in Nigeria, our department had been running a 5-year B.A. programme, making it the only art institution in Nigeria that made art students spend 5 years for a B.A. programme.

“Professor Ola Oloidi noted that many students, for this reason, sought admission into other institutions. He also observed that the departmental standard was not really higher than those of other universities with 4-year programmes, while, in fact, the standard seemed to be getting lower. He set up a special curriculum committee that eventually, in 1993, reverted the departmental programme to 4 years with Senate approval,” the university said.

People who were taught by the late professor described him as very friendly and easy-going.

“What a sad loss. The happiest lecturer I ever met. Always happy and willing to make everyone around him Happy. May his gentle soul rest in peace,” a Twitter user, @JukkyObeleze, said on the micro-blogging site.