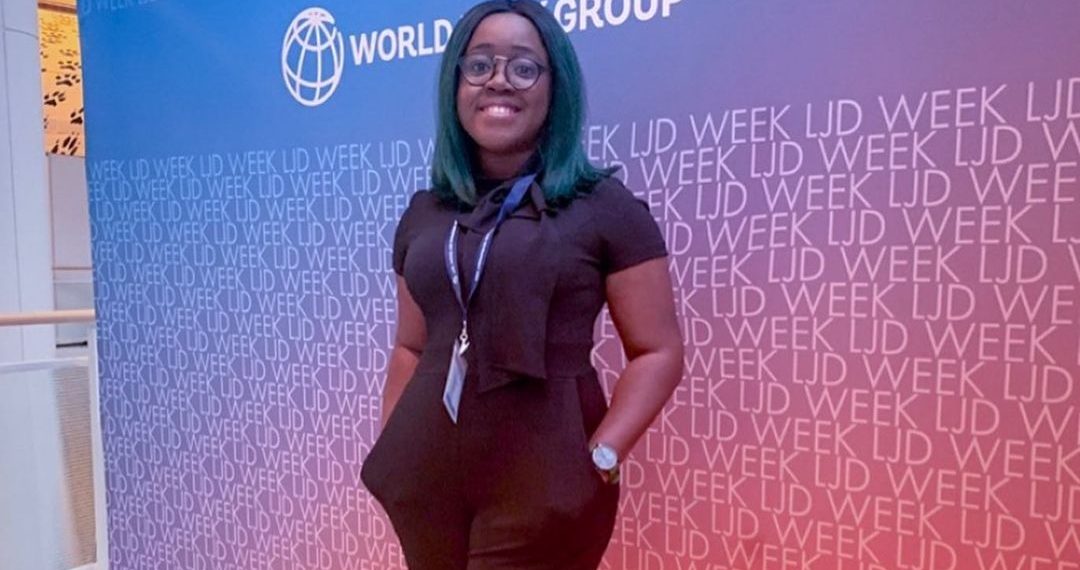 Modupe Odele said immigration officers stopped her from flying to the Maldives to celebrate her birthday.

A Nigerian lawyer and major mobiliser of the #EndSARS movement, Modupe Odele, was on Sunday prevented from traveling abroad by the Nigeria Immigration Service.

Mrs Odele, who mobilised her over 220,000 followers on Twitter during the protests, said via her handle @Mochievous on Monday that immigration officers stopped her from flying to the Maldives to celebrate her birthday.

She also explained how the situation played out in a newsletter.

“For my birthday, I had planned a trip to the Maldives. It was really for a break as the events of the last three weeks have exhausted my mind and body in a way I have never been exhausted in my life.”

“I went to the airport, passed through immigration, and while I was putting my bags through the body and baggage scanner, the immigration officer who had previously cleared me, called me back. He told me he had orders from above to detain me.”

“Okay, at this point I’m like excuse me, my flight is in an hour. On what grounds are you detaining me?” He didn’t respond. Instead, he goes to his computer where he typed in my name and something that looked like a ‘wanted poster’ popped up on the portal.”

“He blocked my view so I couldn’t see most of it but I saw some of it. And it read something like – ‘This person is under investigation by XYZ Intelligence Agency. If seen, they should be apprehended on sight.”

She said her passport was seized by the officers and efforts to retrieve it have been abortive.

“Hello people, I went to retrieve my passport today (Tuesday) but was told this: “We cannot release your passport because you are still under investigation”. As of now, I’m not aware of any charges against me or what I am under investigation for”, she wrote last night.

While the immigration is yet to speak on the reason for such denial, many believe that it was to clamp down on promoters of EndSARS protest.

“I’m not a full-time activist or human rights attorney. I am a corporate lawyer at the moment so dealing with police stations isn’t my area of expertise. I did what needed to be done in the face of gross injustice and had the support of over 800 wonderful volunteer lawyers,” she stated on Twitter.

Earlier, an online newspaper, Peoples Gazette, reported on Tuesday morning that the federal government through the ministry of interior was collating names of persons suspected to have promoted #EndSARS campaign.

In a swift reaction to the report, the ministry of interior in a Twitter post said it “did not, has not and will not generate any no-fly list.”

Meanwhile, the NIS is yet to react to Mrs Odele’s ordeal. The agency’s spokesperson, Sunday James, did not respond to calls and text messages by PREMIUM TIMES on Tuesday evening.

Following the development, Nigerians on Twitter started trending #FreeMoeSexy and various users enjoined the federal government to desist from clamping down on citizens demanding an end to police brutality.

A former presidential candidate, Oby Ezekwesili, who joined the campaign, said she already wrote a letter to the National Security Adviser, Babagana Monguno, to retrieve the passport of Mrs Odele.

“I have written the National Security Adviser, Babagana Monguno of @NigeriaGov @MBuhari @NGRPresident to immediately retrieve the passport of @Mochievous Modupe Odele from the State Security Service and deliver it to her with apologies. Nigeria can never be a Police State #EndSARS,” her tweet read.

250 days after: How Nigeria has responded to coronavirus