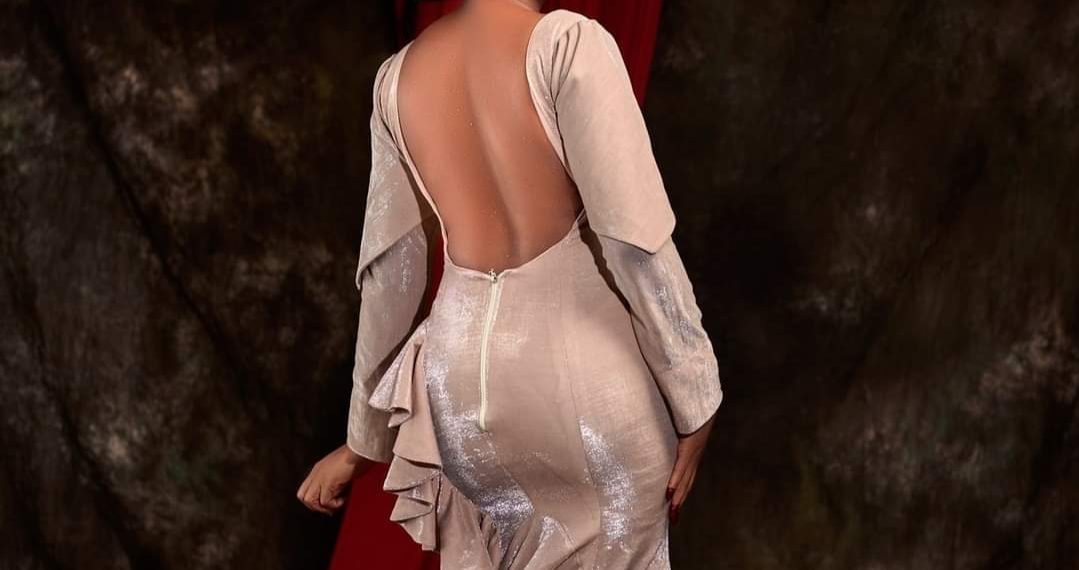 Kannywood actress, Rahama Sadau, has apologised to her fans over some pictures she posted on her Instagram and Twitter pages on Monday.

Many fans felt the pictures were offensive to the conservative Northern Nigerian society and to Islam, Sadau’s religion. Others, however, disagreed.

In the picture, the actress wore a stylishly blended dress with an open back trimmed to fit her buttocks.

Many fans lashed at the actress over the dress, resulting in a heated debate among them on her social media pages.

Some insisted she should not have posted a picture of her dressed that way on her pages, saying as a Muslim, she should not be encouraging indecency.

The debate became so hot that the actress had to comment and subsequently deleted the picture and comments from her pages. She then apologised for her action that ignited the debate.

She said “It’s sad and unfortunate waking up to series of unexpected messages, tags & trends over the harmless pictures I posted. As a human, I laughed at some, frowned against many & disapproved most. To the most unfortunate event, some of these comments took a different dimension.

“I’m with all sense of sincerity, dissociating myself from such derogatory & hurtful words. To everyone who knows me or follows me, should know I’m not the type that reacts to anything or embrace advices from social media moral police. But my Prophet & religion is where I draw the line.

” It’s in human nature to judge others and act as saint, I appreciate those who felt offended & decided to call me out through DM’s, Text messages & phone calls. That’s true love & I’m never taking that for granted. EVER!” she said.

“I won’t judge you, but your position is contradictory, you cant be an adherent and lover of Islam and at the same time deliberately act contrary to its teachings despite been a role model for the youths, what we see is your love for Duniya….. It is the path you have chosen for yourself, I wish you well,” SB MaiTurare wrote.

“Your life is your life no one will stand accountable for it…… But you see the tweet were they choose to say such hurtful words against our Prophet Muhammad (S.W.A) we won’t forgive you for that 😩😩😭😭😭😭😭😭it’s heart breaking.” Munirah Yusuf Yari commented.

Other commenters, however, saw nothing wrong with the photos.

“Please, leave this fine lady alone.
There are worst photos out there. This is decent enough,” Emmanuel John wrote.

“Don’t mind dem I like this concept…,” John Akila commented.

Banned from Kannywood in 2016

Rahama Sadau is not new to controversies. In 2016, she was banned from acting in Kannywood for appearing in a music video in which she was seen cuddling singer Classiq.

She was banned by the Hausa film regulatory body, the Motion Pictures Practitioner Association of Nigeria, MOPPAN.

Kano State Governor Abdullahi Ganduje subsequently secured a pardon for the actress after apologising to MOPPAN in 2019, and she returned to acting in the Kannywood. Meanwhile, the ban did not stop her from acting in Nollywood.

Police arrest two for attempting to dupe woman of N600,000